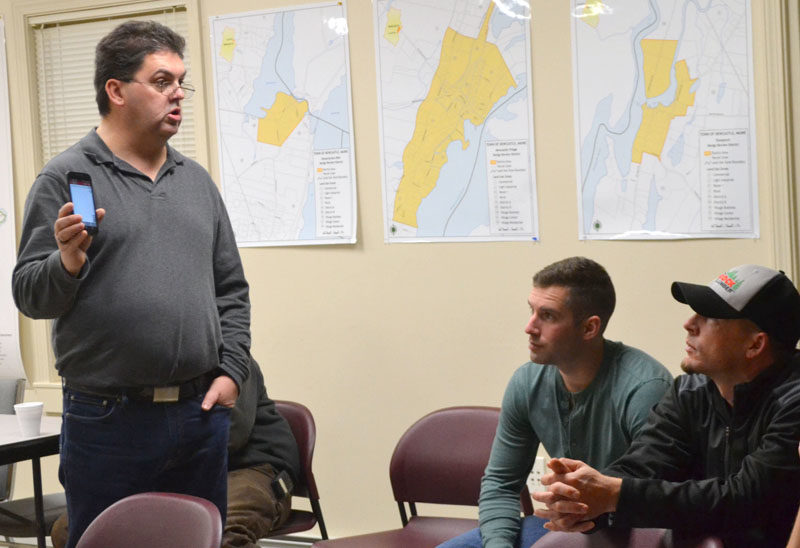 Fire departments around Lincoln County are using the responder tracking system I Am Responding, a web-based system departments can use to monitor what personnel and equipment are responding to an emergency call.

The system, which includes a smartphone app, can also map the fastest route to a scene, alert firefighters to where the nearest water sources are, and store records for a fire department.

The Lincoln County Emergency Management Agency first tested I Am Responding two years ago with the Bristol, Nobleboro, and Waldoboro fire departments, according to Casey Stevens, assistant to the director of Lincoln County EMA.

“We’re always trying to find useful tools and programs to help response agencies in the county and benefit the county as a whole,” Stevens said.

Through U.S. Department of Homeland Security grants, Lincoln County EMA is able to provide the program to all fire departments, Stevens said.

“Some towns we know would like to have it, but it’d be tight on the budget. This way everyone has a chance to try it out,” Stevens said. 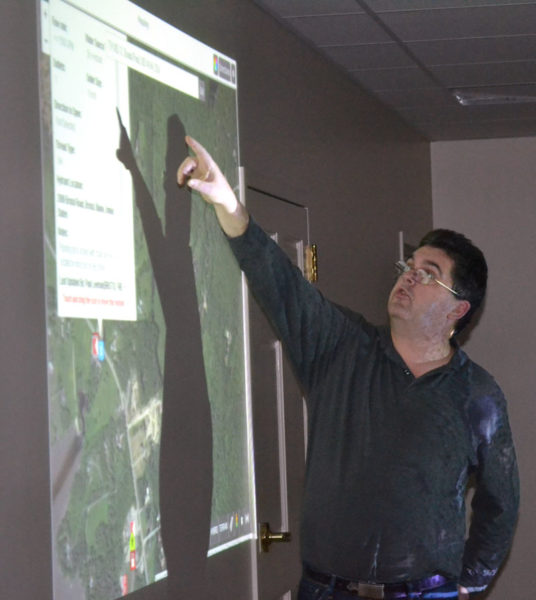 Bristol firefighter Daniel MacWalters explains how I Am Responding can map the fastest route to an emergency scene during a presentation to Newcastle firefighters Tuesday, Dec. 13. (Maia Zewert photo)

“The overall response has been awe,” MacWalters said. “Southport couldn’t believe how up-to-date the system was and how much they could manage. Waldoboro has it up and running and they’re very happy with it.”

In addition to Bristol, the Nobleboro, Somerville, Southport, Waldoboro, and Westport fire departments are using I Am Responding, MacWalters said. He is scheduled to visit with the Dresden, Jefferson, and Wiscasset fire departments in the upcoming weeks.

The Newcastle Fire Department will vote on whether to add I Am Responding during its annual meeting next month.

“If all departments were to go online, the benefits would just be endless,” MacWalters said. “If you’re responding to a mutual-aid call and you don’t know how to get there or where the water sources are, this can tell you.”

MacWalters estimated it took him a couple of days to input all of Bristol’s information, including hydrant locations, landing zones, and the department’s apparatus list, into the I Am Responding system.

Departments can also purchase a computer and monitors to have the system displayed in their station, MacWalters said.

Stevens said the hope is to set up all fire departments with I Am Responding within six months. Other emergency responders, including ambulance services, could use the program as well.

“The more departments we get on it, the more valuable it will be,” Stevens said.