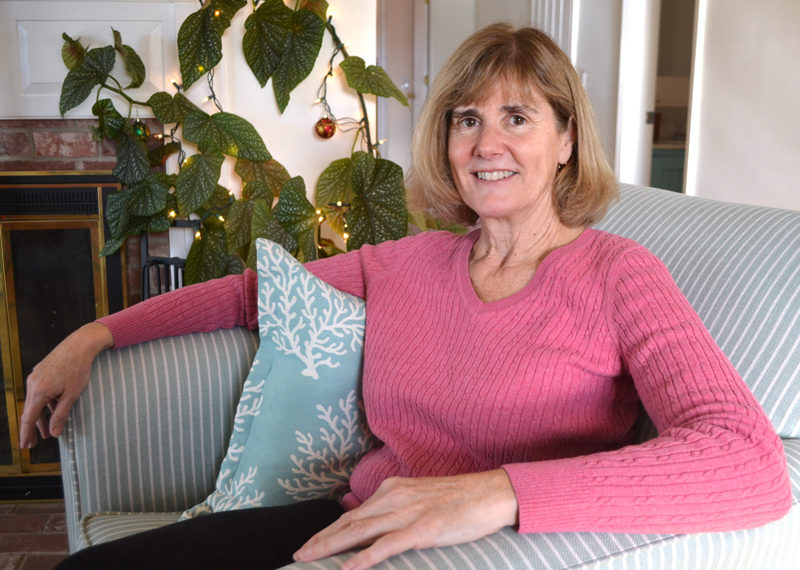 Stephanie Russell, of Damariscotta, is the founder of Single Hearts In Maine. Russell founded the group five years ago to bring single people together for group activities. (Maia Zewert photo)

In 2011, Stephanie Russell was fresh out of a long-term relationship and hoping to meet other singles her age. Five years later, Russell, of Damariscotta, is the founder of a singles group that has almost 200 members and has spawned two spin-off groups.

Russell, formerly Stephanie Holmes, started Single Hearts In Maine after she joined Match.com, an online dating site. She went on dates with three men the website matched her with, but felt no spark.

“They were all very nice men, but there just wasn’t really a connection there,” Russell said.

Russell discussed the situation with some of her friends while working out at Shapers Fitness Gym in Damariscotta. During the conversation, a new idea was born.

“I thought, what if I went on Match and invited 20 guys and girls who lived in the area for a social mixer,” Russell said. “There would be no pressure, no expectations, just people having fun and getting to know one another.”

That night, Russell and one of her friends from the gym logged onto Match.com, looked for men and women from Camden to Wiscasset, and invited them to meet at the Newcastle Publick House on Dec. 1, 2011.

Russell arrived at the restaurant early to greet the people she invited. One of her longtime friends, David Pierce, happened to be at the restaurant with a group of friends. Pierce used to own a pharmacy in Damariscotta, and his brothers, Jeff, Don, and Steve, own Yellowfront Grocery. 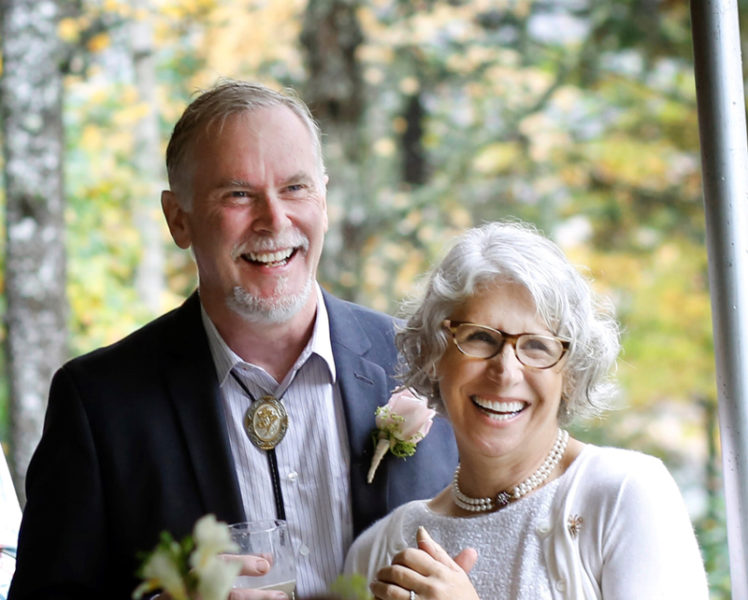 David and Jane Pierce on their wedding day, Oct. 22. The couple was introduced on Dec. 1, 2011 by Stephanie Russell, of Damariscotta, the founder of Single Hearts In Maine. (Photo courtesy Jane Pierce)

Russell told Pierce about the meeting and invited him to come over and meet some of the people.

Seventeen people arrived at the Publick House that evening to take part in the mixer. Jane Vickers was one of the women in attendance, having recently moved to Warren from Los Angeles.

“I didn’t really know anyone when I moved here, so I joined Match to meet people and develop a social life,” Vickers said. “About two weeks after I joined, I got a lovely message from Stephanie about the meeting and asking if I was interested, and I was!”

The first mixer was a success, and Russell decided to host more events to keep the group going. The events were originally held twice a month before becoming weekly gatherings due to the popularity. Sometimes the group goes to a local restaurant in the area, while other outings vary from boat rides to bowling and from football parties to pub crawls.

Most of the members of the group are in their 50s and 60s, but anyone is welcome to join, Russell said. Women currently hold a slight majority in the group.

Russell communicates with members of the group through email or the Single Hearts In Maine Facebook page. Almost 200 people receive her emails about upcoming events.

“There are some married couples and people in relationships who are still on the list because they want to stay involved and go to these events because it’s such a fun group,” Russell said.

Over time, Single Hearts in Maine has produced two new groups. One meets in Portland, another is focused on hiking.

Even when she has been in relationships, Russell has kept the group going.

“I get so much from it. I have so many dear, close friends I might not have met otherwise,” she said. “It’s still going on after five years, and it keeps growing! We’ve all been through a lot together, from new relationships to breakups, and I’ve gotten to be a part of that.”

Single Hearts in Maine has also produced one marriage. During the first meeting of the group, back in December 2011, Russell introduced Pierce to Vickers.

“There was just something about her smile that drew me to her,” Pierce said. “I knew I needed to talk with her and get to know her.”

During the live music that night, Pierce asked if Vickers wanted to dance. Local musician Paul Mellyn was performing, and the two danced for most of the evening.

“It just felt so natural, like we’d been doing it forever,” Pierce said.

On Oct. 22 of this year, Mellyn performed at the couple’s wedding with the Scotti River Trio.

The couple now lives in Warren. Jane Vickers, now Jane Pierce, said they return to the Newcastle Publick House every Dec. 1 to commemorate their first meeting. They still join Single Hearts In Maine for a few events throughout the year.

“It’s a very diverse and very fun group of people, and there’s always an interesting conversation or activity,” Jane Pierce said. “The success it has continues to grow because it’s not necessarily about people finding their soul mate. It’s about people getting together and doing fun things.”

Although he wasn’t yet part of the group that first night, David Pierce is grateful to Single Hearts In Maine because it led him to his wife. In addition, he’s thankful Russell, his first girlfriend, was the person who founded the group.

“My first introduced me to my last,” Pierce said.