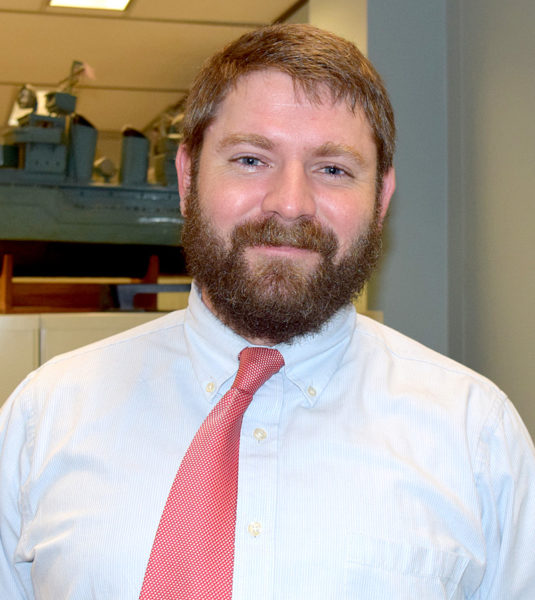 Jack Norton at the Maine Bureau of Veterans’ Services office at Togus in Augusta. A U.S. Army officer from 2004-2015, the Bremen native and Jefferson resident now works as an advocate for his fellow veterans. (J.W. Oliver photo)

A local veteran of the war in Iraq helps other veterans apply for and receive the benefits their service entitles them to, from education to health care and much more.

Former U.S. Army Capt. Jack Norton, 35, originally of Bremen and now of Jefferson, works as a veterans’ service officer with the Maine Bureau of Veterans’ Services.

The mission of the bureau, established in 1947, is simple.

“We advocate for veterans,” Norton said.

Norton works out of the Maine Bureau of Veterans’ Services office at Togus, the U.S. Department of Veterans Affairs facility in Augusta.

He regularly travels Down East and elsewhere in the state, including Lincoln County, to meet with veterans who cannot easily travel to Augusta.

Norton’s advocacy for veterans often focuses on assistance with paperwork.

“There are always a lot of forms to do, whether we’re talking federal or state things,” Norton said. “Sometimes navigating them is kind of hard.”

Norton will fill out paperwork for veterans, help them gather records and follow up on claims, and encourage them.

“We advocate, but we also kind of serve as guidance counselors for how to be successful,” he said.

Different generations of veterans come to the bureau with different needs. A veteran of World War II is more likely to need assistance with health care or a pension, while veterans of the wars in Afghanistan and Iraq might be more likely to need education assistance, a mortgage, or – for those with disabilities from war – vocational rehabilitation.

For example, veterans can receive up to 36 months of tuition to a state university, plus a stipend, depending on their length of service. The VA will also pay for technical education, like programs to earn a commercial driver’s license or a welding certificate.

Veterans of the wars in Afghanistan and Iraq should consider using those education benefits before they expire. “Once they get out, they have 15 years to use that GI Bill,” Norton said.

Other benefits available include educational benefits for dependents, property tax exemptions, and even passes for state parks.

All veterans’ service officers are themselves veterans, and Norton believes veterans appreciate being able to talk with another veteran.

“Someone who speaks the same language, who can relate in experiences, is definitely important,” Norton said. 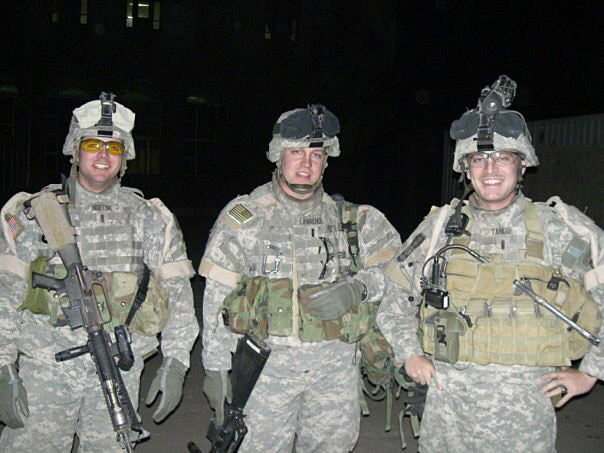 Norton’s father was also in the military and, like many military families, his moved from place to place while he was growing up – New York, Alabama, Tennessee, Germany. But “we always called Maine home,” Norton said.

When his father retired, the family returned home and Norton enrolled in Coastal Christian School in Waldoboro for his senior year in high school. After graduation, he attended the University of Maine at Orono and earned a business degree.

He graduated from UMO in 2004, the year after the U.S. invasion of Iraq. He joined the Army after graduation and served from 2004-2015, including two tours in Iraq.

“I wanted to be a part of something bigger and I felt America was threatened,” Norton said. He had also wanted “to be part of an organization that has a brotherly bond” since he was a kid, he said, and the Army had that.

“I got to see a little bit of it when I was a kid and my father was in the service, and it was a blessing to see that, so I kind of made up my mind – that’s what I want to do after college,” he said.

Norton was a platoon leader during his first tour in Iraq, in 2005-2006. He was responsible for logistical support, including the maintenance and repair of vehicles and transportation of supplies, from food to munitions.

Norton returned to the U.S. for 11 months before going back to Iraq for 15 months in 2007-2008. He was a battle captain on his second tour, planning movements and providing support to forward operating bases.

“The guy on the other end of the radio is the best way to put it – coordinating stuff,” he said. Though he describes his role as primarily behind the scenes, he was in combat and lost friends there.

After his second tour in Iraq, Norton spent 2 1/2 years in command of a logistics company in Korea.

For the final years of his military career, he trained National Guard troops and reservists in Indiana. He trained troops in communications, hand-to-hand combat, and other areas, but his focus as a trainer was on agribusiness development.

“I spent a few years developing plans and then training soldiers that had backgrounds in agriculture, horticulture, things like that, to teach the Afghans profitable subsistence farming – to fight war through economics,” Norton said.

Norton also earned his Master of Business Administration degree online while in the Army.

In July 2015, he retired from the Army. He and his wife and three children, now 4, 2, and 1, moved home to Lincoln County and Norton started work at the Maine Bureau of Veterans’ Services.

The connections he and other veterans’ service officers build with other veterans as they navigate the bureaucracy together is “a special thing,” Norton said. “At the end of the day I sleep pretty well.”

Norton urges all veterans to take advantage of the help the Maine Bureau of Veterans’ Services can offer.

“If a veteran has any question about what they might be entitled to, by all means, please give us a call at 623-5732,” Norton said.

“We’re very busy but we like to stay busy,” he said. “We get excited when we can help veterans.”

Veterans can also find more information about benefits at va.gov and ebenefits.va.gov.