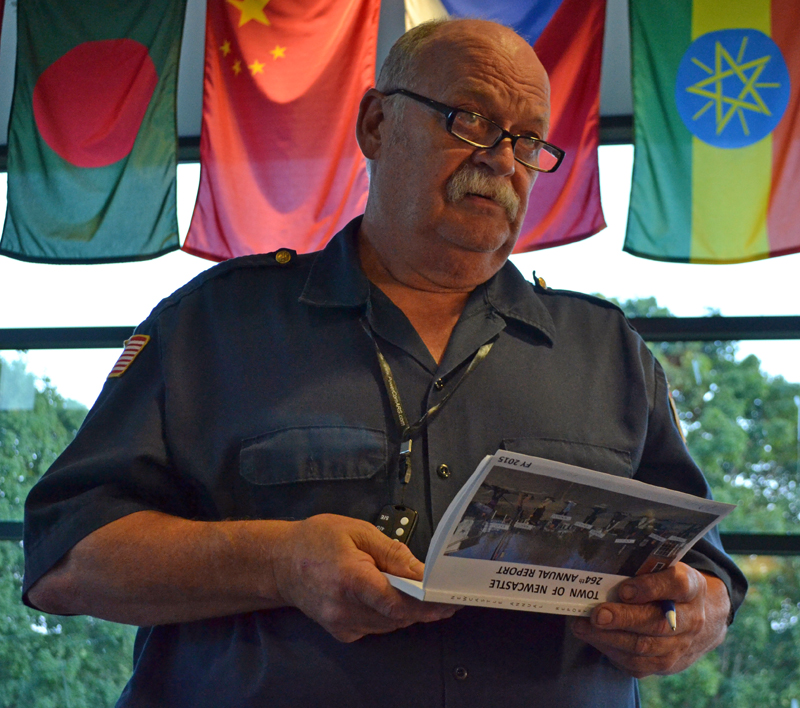 Clayton V. Huntley Jr., 69, a Newcastle firefighter for 50 years and fire chief for the last 31, died Monday, April 5 after a yearlong bout with cancer. The next day, the Newcastle Board of Selectmen named the fire station in his honor.

The board of selectmen passed a proclamation Tuesday changing the name of the station and noting Huntley’s long service to the town, as well as his work with the Lincoln County Fire Chiefs Association and his fundraising and training efforts.

Selectman Joel Lind read the proclamation and said that Town Manager Jon Duke had told Huntley about the renaming of the fire station before he died. Lind said the town and the members of the Taniscot Engine Company had been working toward the name change.

Duke talked about the void Huntley left in the fire department, the town, and the county. He said that for the past 50 years, Huntley has always been there for the residents of Newcastle in the most difficult of situations, responding to all manner of emergency calls day and night.

Duke said that because of the lessons and the legacy Huntley has left at the department, it will continue to run as smoothly as it has during the past year of Huntley’s illness.

“Clayton did such a good job leading the department that he put everyone in a position to take off and run with it if he wasn’t there,” Duke said.

Lind said by phone on Tuesday that in his last conversation with Huntley, Huntley was not worried about the future of the fire department and knew it was in good hands.

Lind said that in his six years as selectman, he worked closely with Huntley on town business. 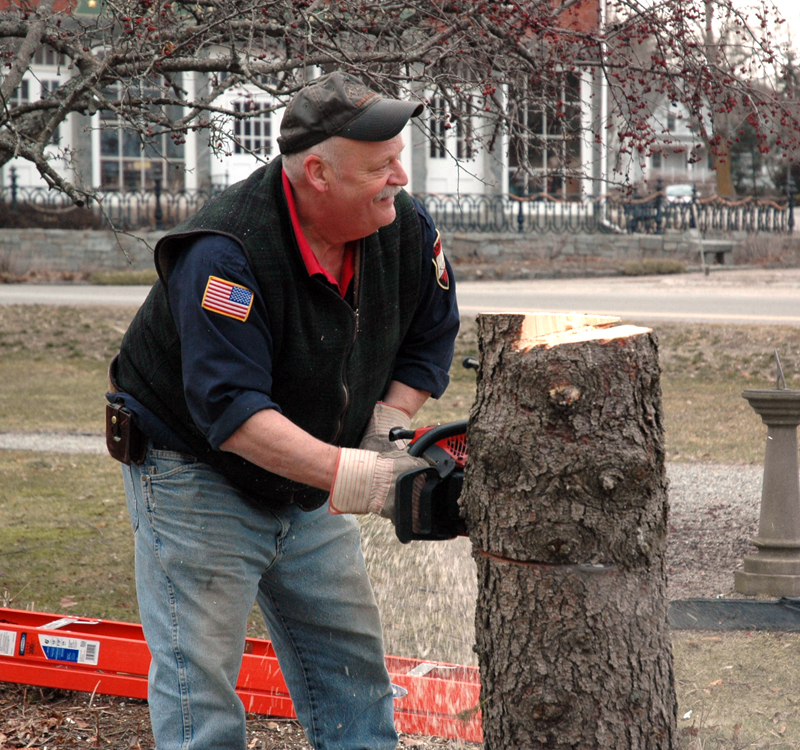 “We tried to keep an open relationship between the town and the engine company and he really did keep that moving very smoothly. I don’t think it was always like that,” Lind said.

Lind said that when he ran for selectman as a write-in candidate, Huntley was one of the people he made sure to talk to before inserting himself into town government.

Lind reminisced at the meeting on Tuesday about first meeting Huntley at Riverside Boatyard, where Lind’s father worked when Lind was a boy, and later being able to talk with Huntley about those times.

“I’m going to miss going into the fire station and talking with Clayton and having him show me around and explain everything to me,” Lind said.

Duke said by phone on Monday that he and Huntley saw things similarly and were able to work closely together for the good of the town. Duke said that Huntley saved Newcastle taxpayers hundreds of thousands of dollars through conservative budgeting and seeking grants and donations to help fund the fire department.

Duke said at the meeting that he will also miss Huntley “the guy” and being able to talk Boston sports and history with him.

“Clayton loved yesterday, he loved talking about the history. But he really appreciated everybody who was trying to make (Newcastle) better tomorrow,” Duke said.

Lincoln County Fire Chiefs Association President Mark Carrothers said by phone Tuesday that Huntley played a huge role in the formation of the association and in collaboration between fire departments in Lincoln County.

“He’s always been a big advocate for training and making sure the Fire Chiefs Association benefited every department in Lincoln County,” said Carrothers, who serves as fire chief in South Bristol. “No matter where you were located, it was always about making Lincoln County better.”

He said he will miss seeing Huntley at association meetings. 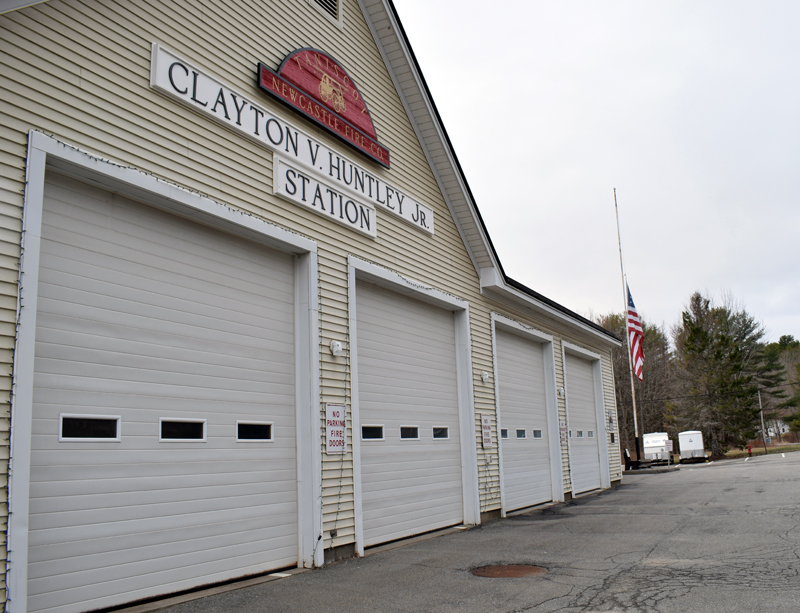 “If there was anything that involved the fire chiefs association, Clayton would haul out his three-ring binder that had every meeting and all of the notes and bylaws and everything. And he would just lick his fingers, flip through it, and find the information you needed,” Carrothers said.

Carrothers said that during the 1998 ice storm, Huntley played a large role in organizing coastal fire departments to help harder-hit inland towns like Somerville, Alna, and Jefferson and give those departments a break.

He said that Lincoln County had multiple inches of ice, snapping trees and downing power lines, and the cleanup and response lasted about three weeks.

Carrothers said Huntley was a big advocate for the system of mutual aid, by which departments assist each other, and for all the departments in Lincoln County working together to help each other.

“Basically Clayton’s philosophy was, ‘If you need us, we’re here,’” Carrothers said.

Carrothers said that Huntley was active in an ongoing effort to establish a centrally located training facility for Lincoln County firefighters.

He said that through the years, Huntley gave “100%” support to the training efforts of Lincoln County Fire Academy President Michael “Newman” Santos, an assistant fire chief in Newcastle who died in 2015.

“If there was anything that we could do as far as a community, as a county, Clayton was all in,” Carrothers said.