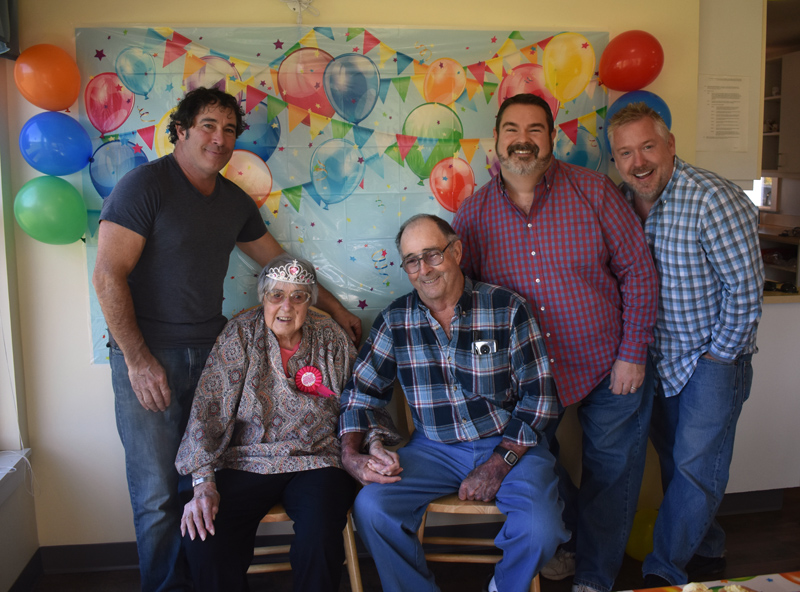 A woman who has lived most of her life in Waldoboro celebrated her 100th birthday at Waldoboro Green the afternoon of Tuesday, Oct. 15.

Family and friends joined Marion Griffin to celebrate the milestone at the assisted-living facility on Mill Street.

There were plenty of presents, food, and three birthday cakes, one in the shape of each numeral in the number 100. 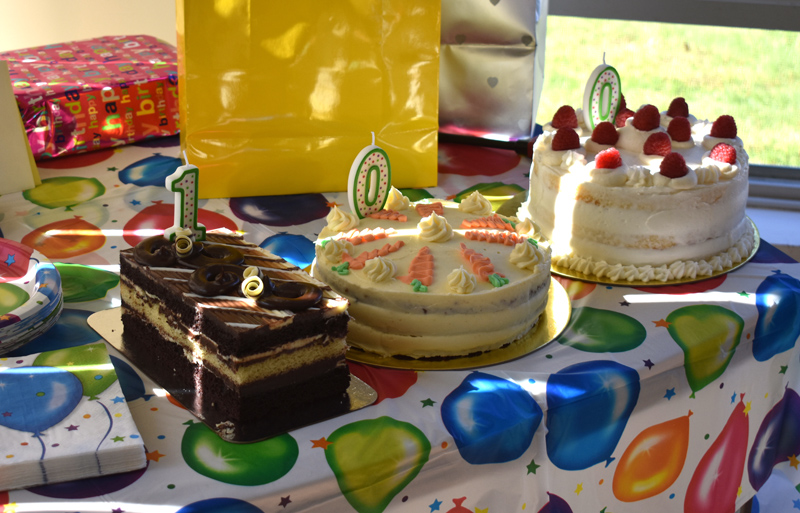 Three birthday cakes, each in the shape of one of the numerals in 100, at Marion Griffin’s 100th birthday party at Waldoboro Green. (Alexander Violo photo)

Griffin credited a lifetime of hard work for her longevity, beginning as a girl when she helped her father on their farm.

Griffin said she loved to dance, a hobby she shared with her late daughter, Shirley Ann Blake.

“When I was younger, I went to every dance hall there was around here,” Griffin said.

Later in life, when Griffin and her daughter went to dances together, she would tell people they were sisters, according to her grandchildren.

Griffin was born Oct. 15, 1919. She has lived at Waldoboro Green since 2016, where she enjoys sitting in a comfortable chair by the window, watching traffic and pedestrians.

She was working at Sylvania’s Waldoboro plant when she retired. For around 30 years, she spent her summers in Waldoboro and her winters in Orange City, Fla.