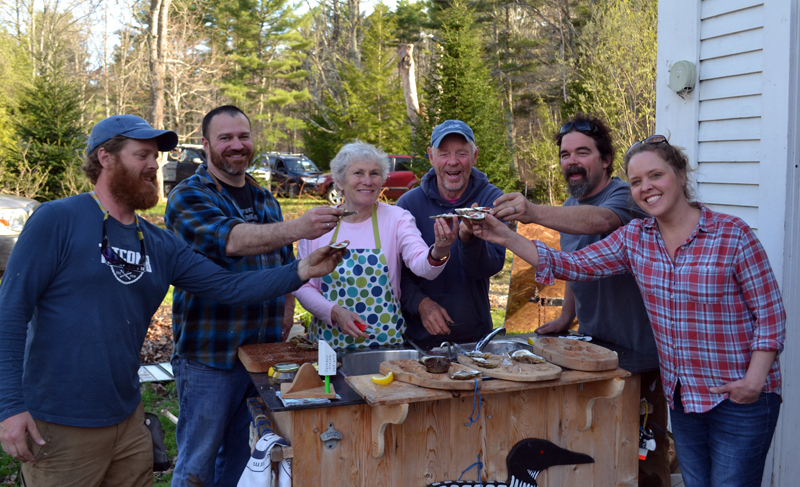 Damariscotta River’s oyster aquaculture will be prominently featured in an upcoming episode of the DIY Network’s “Maine Cabin Masters.” The show’s stars and production crew have been in Lincoln County over the past couple months, remodeling a cabin at Glidden Point Oyster Farms in Edgecomb and replacing the wooden chute at the Damariscotta Mills fish ladder.

“Maine Cabin Masters” will again film in the area when Chase Morrill, Ashley Morrill-Eldridge, and Ryan Eldridge’s construction work is revealed over Memorial Day weekend, producer Jason Kemp said. The completed episode is slated to air in the late fall or winter.

“Maine Cabin Masters,” currently in its second season, features Chase, of Wayne, his sister, Ashley, of West Gardiner, and Ashley’s husband, Ryan, transforming old or abandoned cabins in Maine with a budget provided by the property owner.

Chase was working as a timber-framer when he heard a network was looking for builders to star in a reality show. He asked Ashley and Ryan if they wanted to be on TV. “They were like ‘yeah, sure, whatever.’ Little did they know it was for real,” Chase said.

A pilot episode was filmed for the History Channel, but was not picked up, Chase said. “They were asking us to act. We were up in the Allagash acting. It just didn’t make sense,” he said.

The DIY Network would go on to launch the show. Largely due to the natural chemistry between Chase, Ryan, and Ashley, it was a success and 16 episodes were ordered for season 2.

More than 40 hours of filming, broken into three parts – the introduction, the construction work, and the reveal – go into each episode, production staff said.

Chase, Ashley, and Ryan are not involved in the editing process and rarely see the final version of an episode before it airs, Chase said.

But the producers “get us,” Chase said. “They understand the Maine way.” The relaxed, laid-back atmosphere and the “one or two degrees” of separation between people from Maine come through in the show, he said.

In the first season, the cabins were largely found through family connections. The show now accepts submissions, “but there’s always a connection,” Chase said.

“Sharon made this all happen,” Chase said of the episode that will feature Lincoln County. Sharon and Leigh Morrill, of Newcastle, are Chase and Ashley’s aunt and uncle.

The Morrills are oyster aficionados, and encouraged the new owner of Glidden Point Oyster Farms, Ryan McPherson, to apply to the show for renovations he was planning for a cabin at the farm’s new headquarters on River Road. 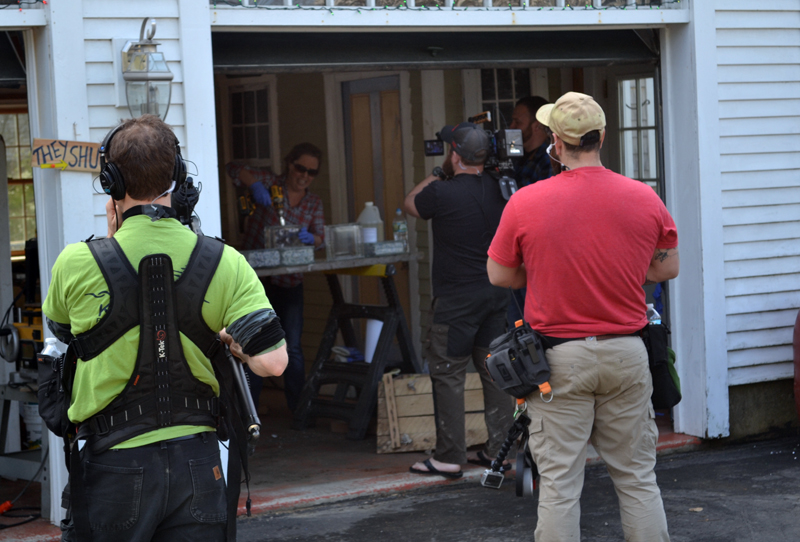 The cabin will serve as a “chef’s retreat” and a place for customers from across the country to visit and even work on the farm, McPherson said. “Our customers will be able to see and understand what we do,” he said.

The renovated cabin will include a mobile shucking station for oysters, inspired by Leigh Morrill. Chase, Ryan, and Ashley “had a eureka moment” when they saw Leigh’s shucking station, Kemp said. “They decided to build one for the cabin.”

Glidden Point Oyster Farms is committed to the slow growth of its oysters, which are grown on the river bottom, to ensure superior texture and quality, McPherson said. McPherson bought the business from founder Barb Scully almost two years ago.

The farm distributes to most cities on the Eastern Seaboard and fills orders for chefs across the country.

The history of oyster aquaculture on the Damariscotta River dates back centuries, with oyster shell middens, created by the Native American tribes in the region, still visible along the river. Due to pollution during the Colonial period, the oysters disappeared and oyster aquaculture was dormant for more than a century, according to the trade magazine Aquaculture North America.

Oyster aquaculture on the Damariscotta River saw a resurgence in the 1970s and 1980s. The river is now hailed as a producer of some of the world’s finest oysters.

“We saw it on the job site,” Ryan Eldridge said. “The Damariscotta River isn’t just on the map for (oyster aquaculture), it is the map. It’s number one.” 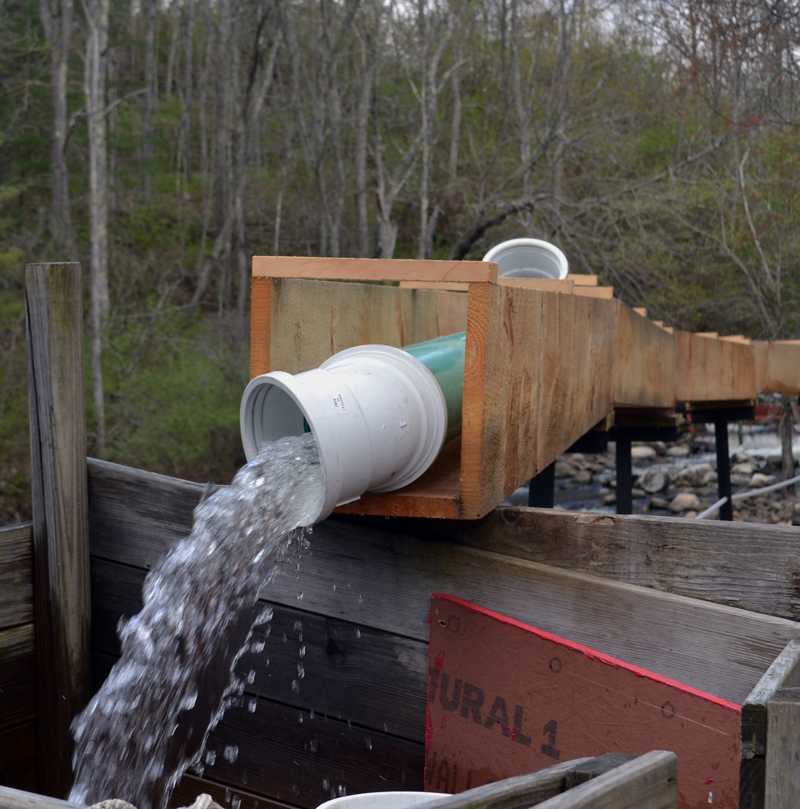 In addition to renovating a cabin at Glidden Point, Ryan, Chase, and Ashley also rebuilt the wooden chute at the Damariscotta Mills fish ladder, a site Chase and Ashley have visited since they were kids.

The Damariscotta Mills fish ladder was built in 1807 to allow alewives to bypass the mills blocking passage between Damariscotta Lake and Great Salt Bay.

The chute, which channels alewives for collection by harvesters to use as lobster bait, was rotted through, Chase and Ryan said.

No one could remember when, or if, the chute had been replaced, Chase and Ryan said. Sharon asked if “Maine Cabin Masters” would be willing to look at the site.

“We knew a lot about the fish ladder,” Chase said. “Sharon’s always trying to raise awareness about it.”

“Maine Cabin Masters” was given a modest budget and Ryan, Chase, and Ashley volunteered their time to incorporate the restoration work into the episode.

“It’s awesome,” Ashley said. “We’ve been coming here for years to see the alewives run. It’s really cool to be a part of restoring it.”

“There’s a collaborative effort here” in the fisheries, Ryan Eldridge said, evident in the way the alewife run supports the lobster industry.

The space “Maine Cabin Masters” built at Glidden Point will give people a front-row seat to sustainable aquaculture, Kemp said. “The end goal is to let people experience oyster farming in Maine,” he said.

“It’s been absolutely great to work with the ‘Maine Cabin Masters,’” McPherson said. “It’s a great opportunity and it’s been a pleasure to have them here.”