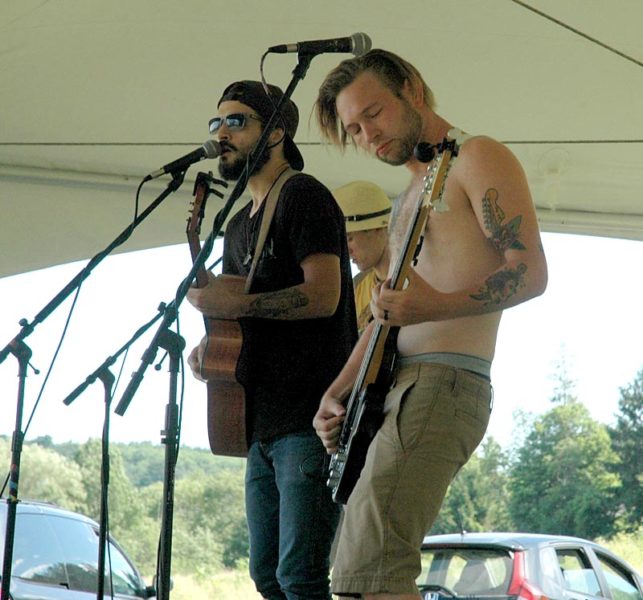 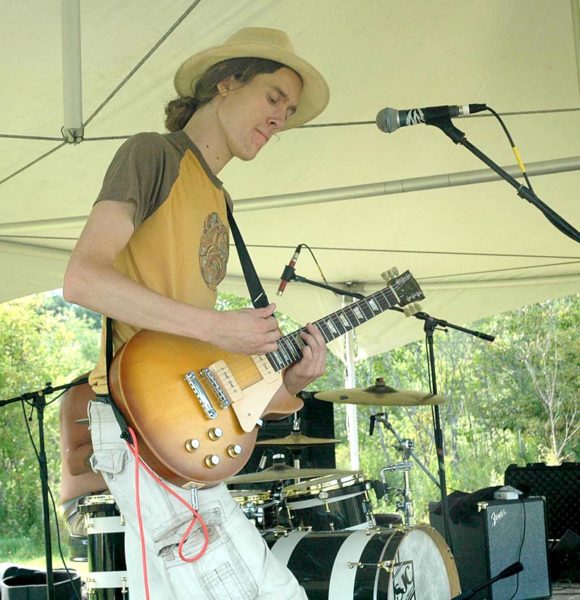 Several musical acts from across the state journeyed to Waldoboro to perform at Cider Hill Farm’s Locavore Music Festival on Saturday, July 30, providing area residents with an afternoon and evening of live entertainment.

The first act at the fourth annual event went on at 2 p.m. and the festival’s headliner, Muddy Ruckus, closed its set around 10 p.m.

The beneficiary of this year’s music festival was the Waldo Theatre, a historic building in the heart of Waldoboro’s village district.

According to the festival’s organizer, Melissa Smith, ticket sales will help support renovations at the historic building. The 1936 art deco-style theater was formerly a cinema and more recently hosted live productions.

“It’s really important to have community-based fundraisers bring people together and realize what we could be doing. Just because the Waldo isn’t currently open doesn’t mean its spirit can’t persist,” Smith said.

Smith said the festival got its start as a food, music, and arts festival. Cider Hill Farm, with its expansive green space, was an ideal location. 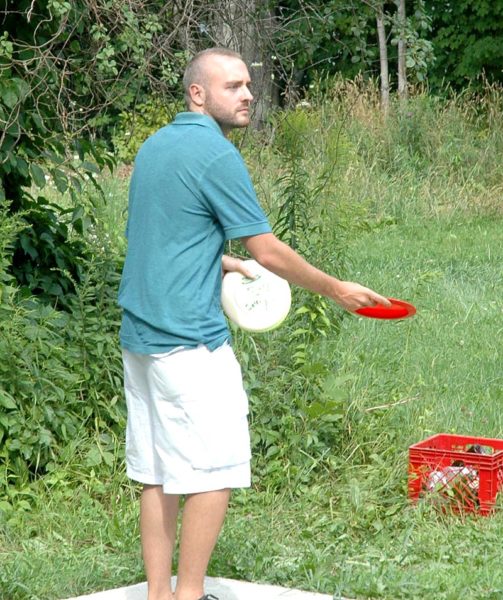 Music wasn’t the only attraction at the fourth annual Locavore Music Festival at Cider Hill Farm in Waldoboro. The farm’s disc golf course was open throughout the day and Dave Murphy, visiting from Peabody, Mass., hit the course. (Alexander Violo photo)

Smith said the farm’s proximity to the village is a bonus, as another aim of the festival is to gain recognition for the historic village, an area many travelers on Route 1 are unfamiliar with.

Smith said she started working to book musical acts at The Narrows Tavern in Waldoboro four to five years ago and the start of Locavore was a natural progression of connecting with local musicians and promoting local music.

“We are always trying to promote local and community-oriented groups. We are really trying to push local,” Smith said.

She said the festival is a way to show residents they don’t have to go to Portland or Bangor to see great live music.

“Music in Maine is not just Portland … there is a lot of live music in Maine,” Smith said.

In all, six Maine-based bands performed at the fourth annual edition of Locavore, including the headliner, Muddy Ruckus, a Portland-based Americana-rock duo that released its latest album, “Pretty Bones,” in June and was the winner of the 2016 New England Music Awards – Best in State of Maine.

Smith said the band is the second of the Best in State of Maine winners to perform at Locavore, joining the Ghost of Paul Revere, who played at Cider Hill Farm in 2014. 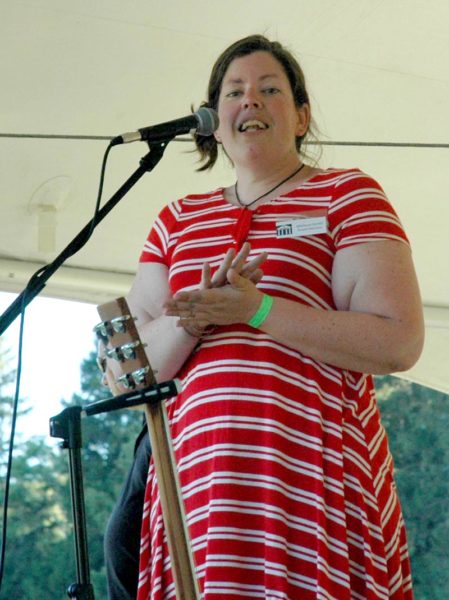 This year’s festival lineup also included Trisha Mason, of Ellsworth, who also performed at the Waldoboro event in 2014; Hours North, a jam rock quartet out of Wells; Max Garcia Conover, a solo artist based in Portland; Marshall Marquis, from Bath; and Tomorrow Morning, of Thorndike.

Smith said though the festival venue does lend itself to singer-songwriter and Americana styles, she strives to create variety for the audience.

She emphasized that the most important prerequisite for a band to play is original content.

“We love originals. I always tell bands we love hearing your words and your music. The song we hear here today could be a classic years from now,” Smith said.

Smith said her favorite part of the festival is seeing everyone get into the music after a day at the event.

“People have been here for a few hours and the headliner starts playing and everyone is up dancing and having such a good time,” Smith said.

Marlies Myers, secretary of the board of the Waldo Theatre, who was helping out at the festival, said she loves seeing all the families out to enjoy the festival and partake in activities including kite-flying and blowing bubbles. 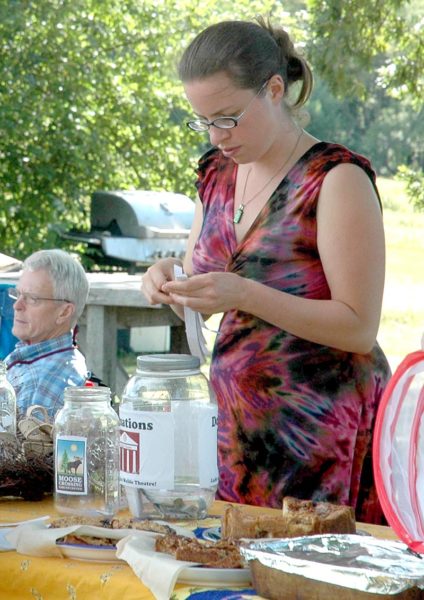 Marlies Myers, secretary of the Waldo Theatre board, helps out at the fourth annual Locavore Music Festival. (Alexander Violo photo)

“I love the fact it’s a nice breezy spot where families can come and enjoy the day,” Myers said.