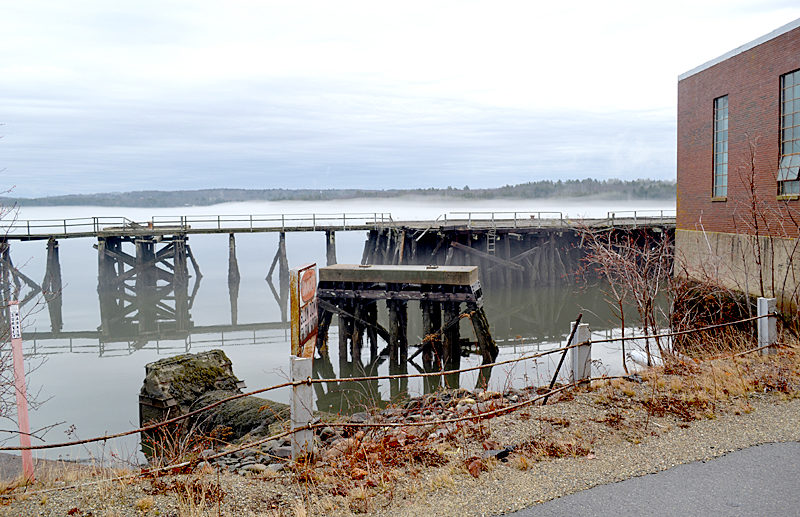 The pier at Mason Station in February. Joseph Cotter, of Mason Station LLC, has proposed renovating the pier as part of a new project to transform the power plant and surrounding properties into a marijuana tourist destination. (Abigail Adams photo)

Joseph Cotter, of Mason Station LLC, has asked to meet with the Wiscasset Board of Selectmen to discuss the potential for transforming the former Mason Station power plant and surrounding properties into a marijuana tourist destination.

The developer’s request was made as Wiscasset zeroes in on foreclosing on the six properties still owned by Mason Station LLC, which include the old power plant.

On Dec. 29, Mason Station LLC’s 45-day foreclosure notice period will come to an end, and absent full payment of an outstanding $312,942 in back taxes, the town can move forward with taking ownership of the properties, Town Manager Marian Anderson said at the Wiscasset Board of Selectmen’s Tuesday, Dec. 6 meeting. 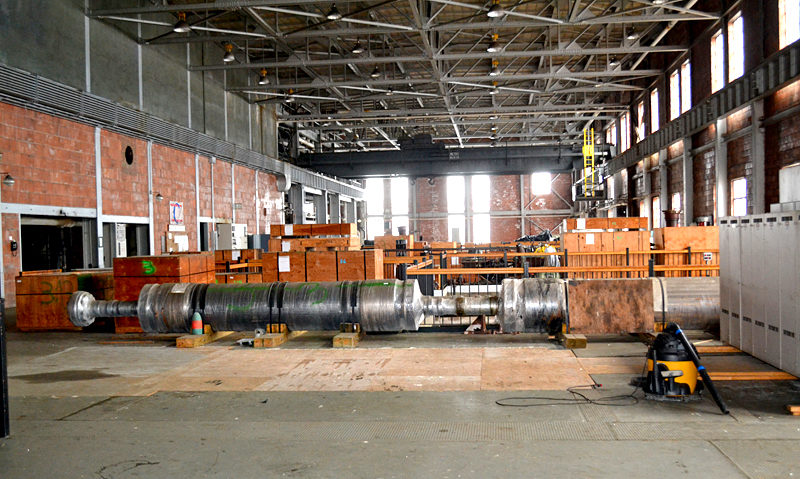 To date, there have been no payments made and no formal response to the notice of foreclosure, Anderson said. Earlier in the day, however, “we did receive a letter of interest from them in starting a marijuana facility,” she said.

In a letter dated Dec. 5 and marked for email and overnight delivery, Cotter outlined the proposed new use for the properties in response to the Election Day approval of a referendum to legalize the recreational use of marijuana.

The proposal would include “a major investment” to turn Mason Station “into a destination marijuana greenhouse, dispensary, and a production facility for various byproducts,” Cotter said in the letter.

The referendum question to legalize recreational marijuana passed by a narrow margin and a recount is underway.

Phase I of the project outlined in Cotter’s letter involves converting the main floor of the Mason Station plant into a greenhouse, manufacturing space for related products, and retail stores. Stores may include a culinary institute for marijuana edibles, Cotter said.

The waterfront buildings along the pier, which offers deep-water access to the Sheepscot River, could be converted into restaurants and gift shops for non-marijuana-related products. The pier would also be renovated, as part of Phase I, to allow tourists to access cruise boats, Cotter said.

In Phase II of the proposed development, additional social and recreational spaces would be carved out, in addition to spa services and exercise classes. If the project is successful, “we are prepared to construct a 50-room hotel that could accommodate tourists,” in Phase III, Cotter said.

Efforts to reach Cotter by press time were unsuccessful.

Mason Station LLC would also be interested in revisiting the idea of developing residential homes on the property, Cotter said. The new development “may allow for some untangling and resolution of the past problems at Mason Station,” he said.

Mason Station LLC received town approval for an 85-lot subdivision, named the Point East Maritime Village, in 2005. The development failed and Mason Station LLC accrued a delinquent tax bill of about $850,000, most of which is still outstanding.

The town assumed ownership of the majority of properties in the 85-lot subdivision after a 2015 Maine Supreme Judicial Court decision related to the back taxes, and is pursuing their redevelopment and sale.

Peregrine Consulting purchased two house lots on the property that now serve as the headquarters for Peregrine Turbine Technologies, which is working to develop high-efficiency turbine engines.

The town purposely avoided foreclosing on the six lots now in question due to concern about assuming responsibility for the environmental cleanup that may be needed. Despite the costs, Anderson has said developers have expressed strong interest in the Mason Station plant.

In September, the Wiscasset Board of Selectmen voted to move forward with foreclosing on the properties.