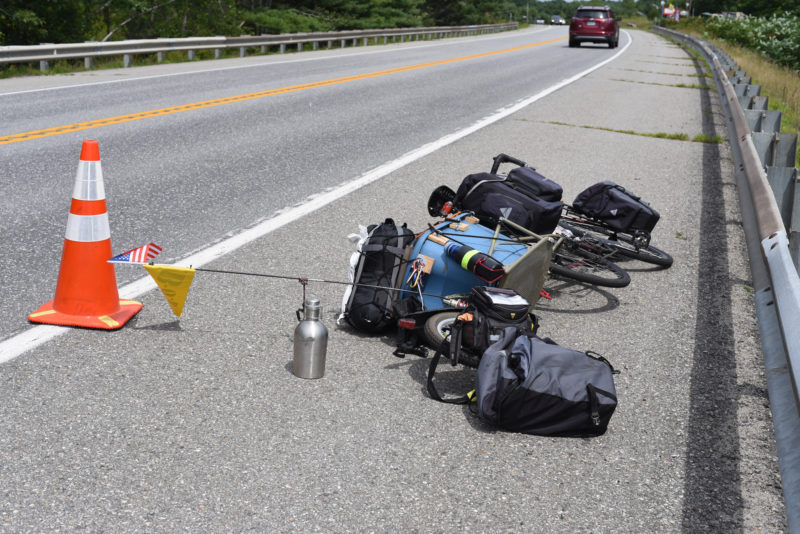 A bicycle that was involved in a crash on Route 1 in Newcastle the afternoon of Tuesday, July 31. (Jessica Picard photo)

A LifeFlight helicopter flew a Massachusetts bicyclist to Maine Medical Center in Portland after a collision involving the bicycle and a Subaru on Route 1 in Newcastle the afternoon of Tuesday, July 31.

Claire Mocarski, 73, of Chamberlain, was driving a 2017 Subaru south on Route 1 in the area of Sherman Marsh. Her husband, Daniel Mocarski, was a passenger in the vehicle, according to Lincoln County Sheriff’s Office Lt. Brendan Kane.

George McKay, 62, of Lowell, Mass., was riding a bicycle south on Route 1 when, potentially as the result of a medical event, he swerved into the Subaru’s path, according to Kane. Claire Mocarski attempted to avoid the bicycle, swerving into the northbound lane, but McKay hit the side of the Subaru and sustained a significant head injury.

McKay was wearing a helmet. The Mocarskis were wearing seat belts. They were not hurt and there was no significant damage to their vehicle, according to Kane.