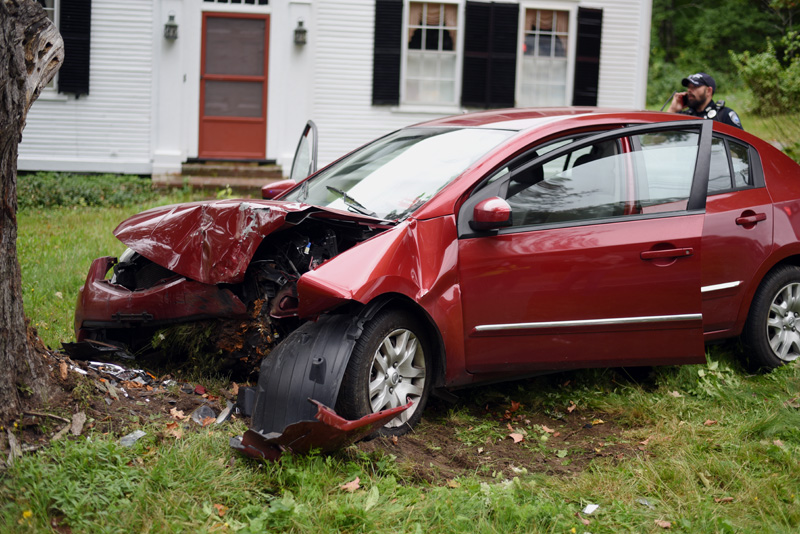 The scene of a car crash involving a Nissan Sentra on Bristol Road in Damariscotta, Tuesday, Sept. 25. Police said the Sentra struck another car, then went off the road and struck a tree in the area of 199 Bristol Road. (Jessica Picard photo)

A medical emergency caused a collision on Bristol Road in Damariscotta that sent a South Bristol man to the hospital with internal injuries the morning of Tuesday, Sept. 25.

Duncan Halm, 65, of South Bristol, was driving a red Nissan Sentra north on Bristol Road at the time of the collision, according to Damariscotta Police Officer Dwight Jones. Paul Sherman, 70, of Damariscotta, was driving a black Volvo station wagon north in front of Halm. 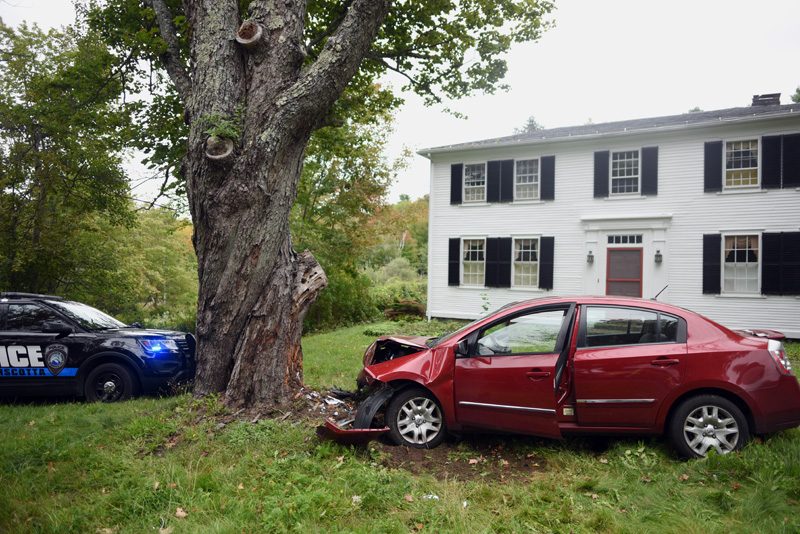 A Nissan Sentra struck another car, then left the road and struck a large tree on Bristol Road in Damariscotta, Tuesday, Sept. 25. (Jessica Picard photo)

Halm experienced a medical emergency and rear-ended Sherman, according to Jones. Halm’s vehicle then left the road and struck a tree in the vicinity of 199 Bristol Road.

Halm was transported down the road to LincolnHealth’s Miles Campus, but will likely be transferred to Maine Medical Center in Portland, according to Damariscotta Police Chief Jason Warlick. Sherman was uninjured. 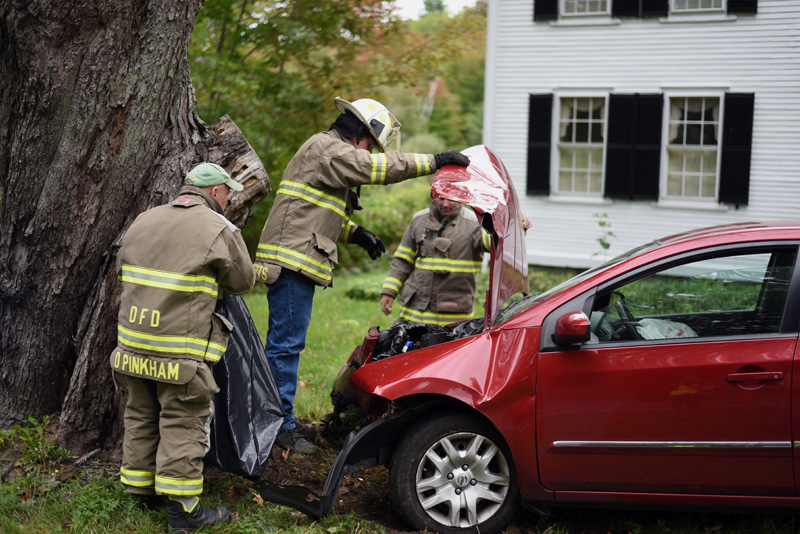 Halm was not wearing a seat belt, according to Warlick.

The Sentra was towed by Quick Turn Auto Repair & Towing, of Damariscotta.