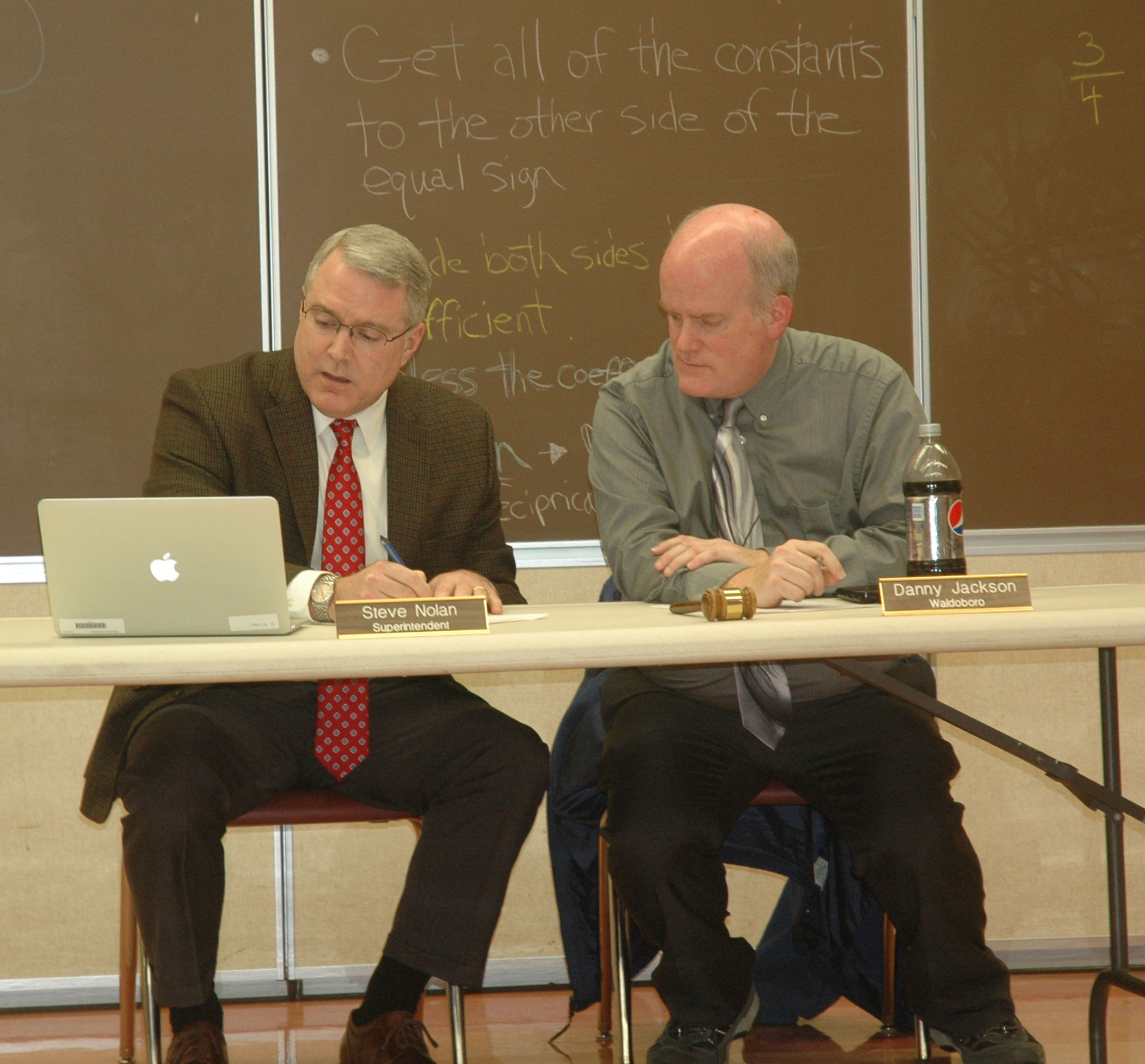 RSU 40 Board of Directors Chair Danny Jackson, of Waldoboro, announced Cavanaugh’s resignation at the conclusion of a special board meeting at the district’s central office in Union the evening of Thursday, Dec. 14.

The announcement followed an executive session regarding the legal rights and duties of the board. The district’s legal counsel, Dan Rose, of Drummond Woodsum, was present for the executive session.

The board did not take any action as a result of the executive session. Jackson said a second executive session on the agenda for the meeting, regarding a personnel issue, was not necessary due to the principal’s resignation.

“Currently they are working together to run things. Now that there has been a resignation, I will meet with them and figure out what support they need moving forward,” Nolan said.

Nolan said the search for the high school’s next principal will likely start in the spring of 2018.

“I anticipate starting the replacement process in the spring,” Nolan said.

The resignation follows Cavanaugh’s extended and unexplained absence from the school.

In an email response to a request for comment in late November, Nolan described the issue as a confidential personnel matter. “The welfare of our students is our highest priority, and we are always working to provide a safe learning environment,” he said.

During a Dec. 7 board of directors meeting, Nolan addressed his lack of public comment.

“Regarding comments and concerns about secrecy and that kind of thing, Maine law does not allow us to discuss employee matters. We are restricted by law in what we can and can’t say, and because of that, we don’t share information, and that is why I am often quoted in the media as having no comment,” Nolan said.

Cavanaugh’s absence coincided with an investigation into a report of inappropriate contact between an MVHS staff member and a student.

According to Waldoboro Police Chief Bill Labombarde, the Waldoboro Police Department received the report and referred it to the Knox County Sheriff’s Office because it was not in Waldoboro’s jurisdiction.

Lincoln County Sheriff Todd Brackett has said his office is working with the Knox County Sheriff’s Office to investigate the complaint.

Cavanaugh took over as principal in 2015. He had worked as a teacher and vice principal at MVHS before succeeding the late Harold Wilson, principal from 2006-2015.

Medomak Valley High School is in Waldoboro. As the sending school for RSU 40, it also serves students from Friendship, Union, Warren, and Washington.