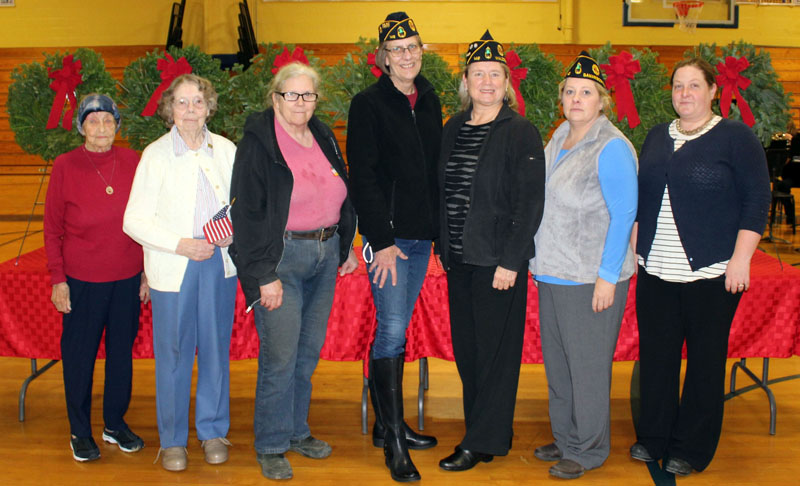 Wreaths Across America, the annual procession from Down East Maine to Arlington National Cemetery in honor of the nation’s veterans, stopped at Medomak Valley High School in Waldoboro for the third year in a row Sunday, Dec. 10.

The 27th annual convoy, which departed Columbia Falls on Sunday morning en route to its destination outside Washington, D.C., was met with a gym full of supporters as it arrived for a ceremony around 4 p.m.

MVHS junior Peter Alexander was the master of ceremonies for this year’s event, which singled out female veterans for special recognition. The veterans accepted wreaths on behalf of their comrades in arms from the present day back to World War II. 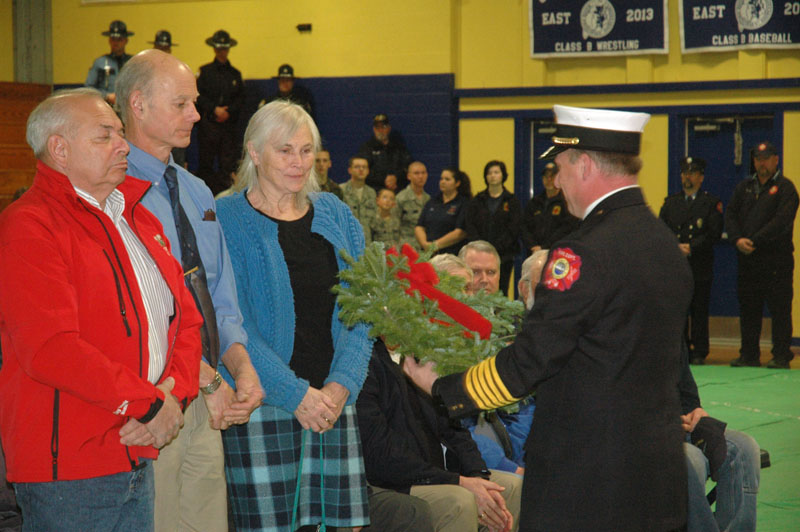 Mike Brewer and Bruce Poland were on hand to honor the nation’s prisoners of war.

Town officials from the five towns in RSU 40 received wreaths to be placed on each town’s veterans memorial. A wreath was also presented to RSU 40 Superintendent Steve Nolan.

Morrill Worcester and his wife, Karen Worcester, owners of Worcester Wreath Co. in Harrington, started the tradition by donating 5,000 wreaths to Arlington National Cemetery in 1992. This year’s procession will end with the placing of more than 200,000 wreaths in the military cemetery at Arlington with 1.2 million wreaths placed at markers across the county in 1,238 locations. 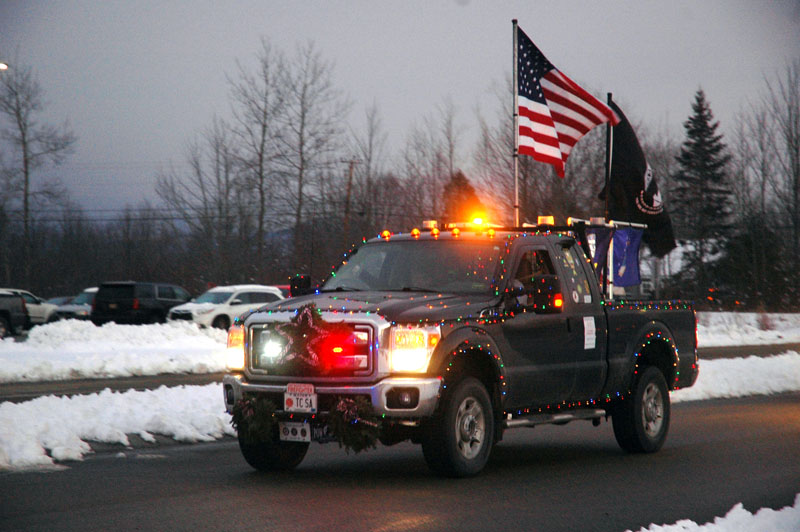 One of a number of brightly decorated vehicles in the Wreaths Across America convoy. (Alexander Violo photo)

MVHS student Rose Hickey presented the Worcesters with commemorative ribbons on behalf of the Daughters of the American Revolution.

Karen Worcester addressed the packed auditorium, thanking the public for their support.

“It’s how we come together as a country, raising our kids. We build our country from the boot up and should never let it be knocked down from the top. It’s about patriotism, not politics,” she said.

She urged those in attendance to think of families who will be missing loved ones during the holidays.

“As we get ready for the holiday season, these people are going to have an empty seat at their table,” she said. “These men and women and their families are freedom fighters and it comes down to us to be freedom protectors.”

Karen Worcester said she appreciated all the people who had lined the side of the road waving flags in inclement weather throughout the day. 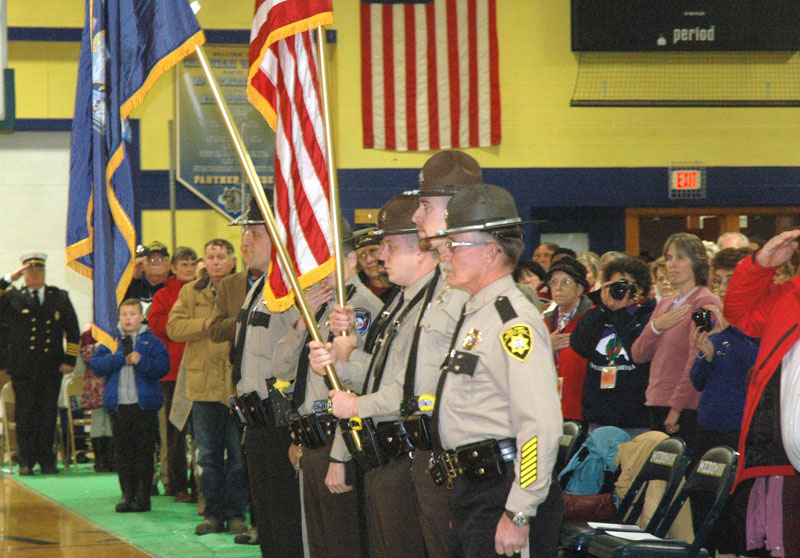 “America isn’t a land mass. America is in here,” she said, gesturing to her heart. “We have an opportunity to teach our kids that.”

Worcester closed her remarks by referencing the organization’s mission to remember, honor, and teach.

“It’s so important, not just for their families, but for us and our children, that you remember those names and remember their lives,” Worcester said.

The grand marshals for the 27th annual Wreaths Across America are Roger Donlon, the first recipient of the Congressional Medal of Honor during the Vietnam War; and his wife, Norma Donlon, a gold star spouse whose first husband was killed in Vietnam in May 1965.

Four deputies from the Lincoln County Sheriff’s Office will join the convoy on the journey to Washington, D.C. Lt. Brendan Kane, Sgt. Aaron Beck, and Deputies Ryan Chubbuck and James Read will represent the agency.

Those who wish to follow the convoy as it moves toward its destination in Virginia can do so via dashboard cam at oakhurstdairy.com.