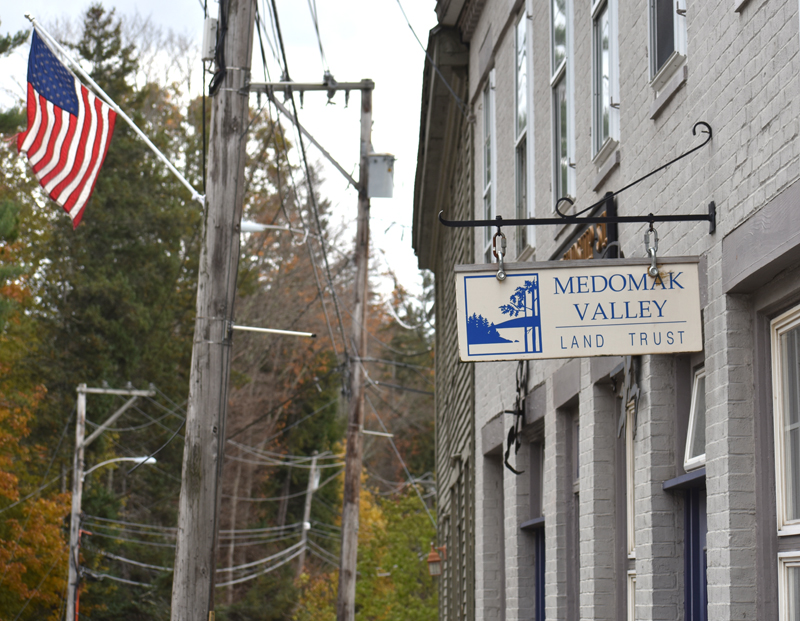 The Midcoast Conservancy and the Medomak Valley Land Trust are “moving forward with excitement” toward a merger, according to the executive director of the conservancy.

The boards of the Edgecomb- and Waldoboro-based nonprofits have voted to move forward, according to Midcoast Conservancy Executive Director Jody Jones.

Members of the conservancy will vote on the merger at its annual meeting Dec. 6. A yes vote will make the merger official, according to Jones. MVLT’s bylaws do not require a vote of the membership.

Jones described the merger as a partnership in the same vein as the merger that created Midcoast Conservancy.

“The Medomak Valley Land Trust will dissolve the way the four organizations dissolved and merged into Midcoast Conservancy,” Jones said.

A merger committee with members from both boards is meeting to ensure a smooth transition process.

“We have met regularly to do our due diligence and give both organizations a better understanding of how we are going to come together,” Jones said.

Benefits of the merger will include more programming for the Medomak region, according to Jones. Work will continue to improve water quality and ensure access to the Medomak River for both shellfish harvesting and recreation.

“We are committed to not just coming together, but to creating more capacity,” Jones said.

Jones believes a merger with the Medomak Valley Land Trust will enable both groups to better protect the wild lands and wildlife of the region.

MVLT “will add to our organization 4,500 acres of land. Animals don’t perceive political boundaries and we will be better equipped to help wildlife,” she said.

The merger allowed the groups to become more relevant and offer more programming to the areas they serve, Jones said.

“The fact is, since we were able to create deeper connections and do more for the community, the board felt we should keep an open-door policy for groups interested in joining us,” Jones said.

Jones said an important concept in any merger is a common culture and values, and she believes Midcoast Conservancy and Medomak Valley Land Trust are a good fit in this regard.

“We want to make sure we remain true to the values and voices of the founding organizations … we learned that was a key to success, was keeping local voices at the heart of your organization,” Jones said.

Jones said that at the conservancy’s annual meeting in 2017, members of Medomak Valley Land Trust were in attendance and received a round of applause when the intention to merge was announced.

“We have met with donors and members and there has been nothing but positive input,” Jones said.

Two question-and-answer sessions regarding the merger were held at the Medomak Valley Land Trust’s Waldoboro offices on Oct. 10 and 16.

“There has been almost unanimous support at these meetings. We are also calling and emailing our membership to see if they have any lingering questions or concerns,” MVLT President Susan Morris said in an email.

Founded in 1991, the Medomak Valley Land Trust has worked to protect 4,500 acres of land in the Medomak River watershed with 40 conservation easements and 20 preserves, according to the organization’s website.

In an Aug. 14 letter to members, Morris said that as a larger organization, the groups can do more for their communities than they can do alone. She said Midcoast Conservancy is a good fit for MVLT due to the long border the organizations share in the towns of Appleton, Jefferson, and Washington.

“We are all looking forward to our merger with Midcoast Conservancy. It will make it possible for us to pursue more, larger, interconnected lands projects and give us more resources for protecting our lakes, streams, and river. We are excited about bringing their excellent outdoor recreation programs to the people in our communities,” Morris said in an email.

According to Midcoast Conservancy’s biannual newsletter, the new, merged organization will have an efficient staff to better meet the needs of the community, while highlighting the strengths of the organization’s employees.

Jones said the conservancy will use MVLT’s Waldoboro office as a satellite location.

One full-time MVLT employee, Land Conservation and Stewardship Director Joan Ray, will move into a position with Midcoast Conservancy.

“The council’s purpose is to advise the larger organization on local initiatives, thus making sure the Medomak Valley watershed is well-represented,” Morris said in her letter.