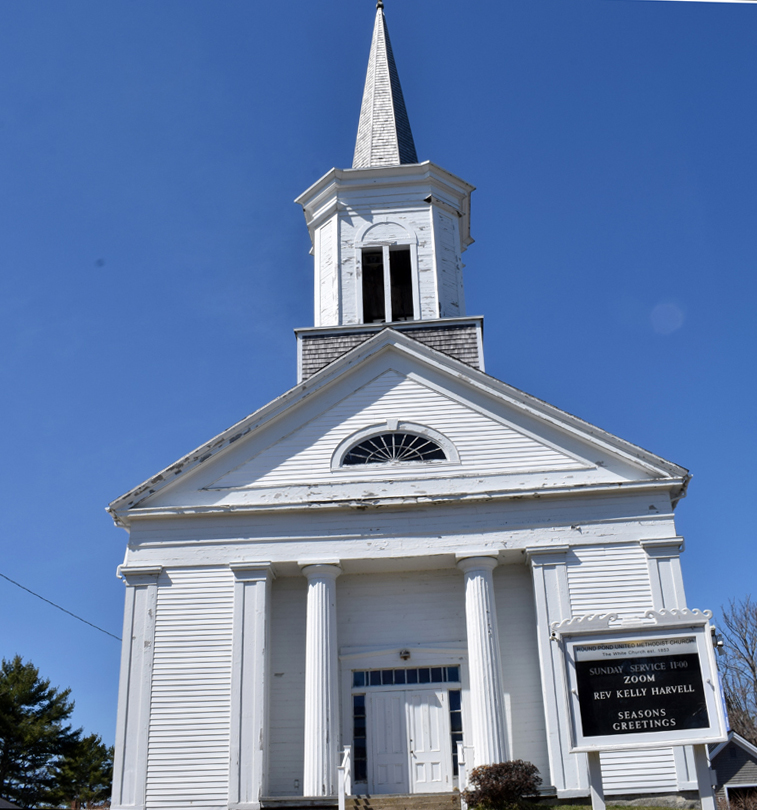 Members of the Round Pond United Methodist Church voted Tuesday, April 6 to close the church after 168 years.

Pastor Kelly Harvell said by phone Friday, April 9 that the church will close effective June 30. She said the members are organizing a final gathering to celebrate the life of the church.

“It’s a very hard decision to make, but it is part of the natural life cycle of things,” Harvell said.

Harvell said the church has 11 regular year-round attendees and attendance has declined over the last several decades.

“That’s true, unfortunately, across most of our church denominations,” Harvell said. 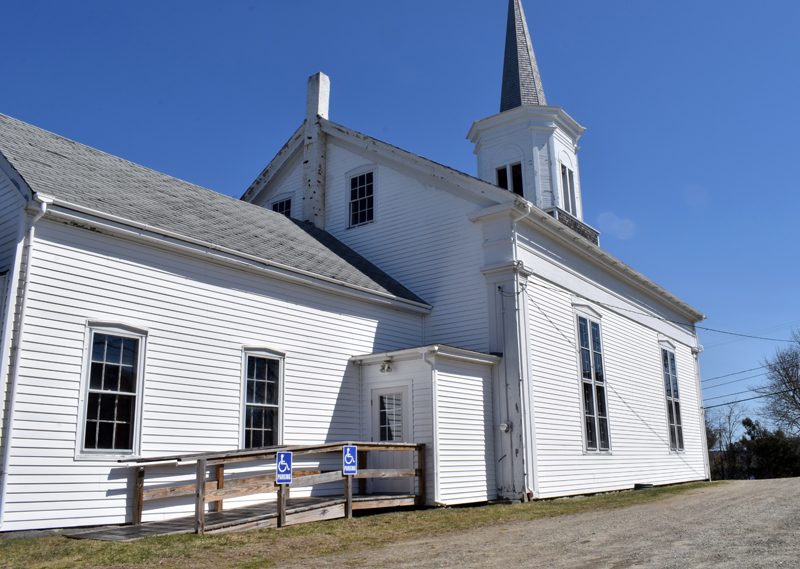 A side view of the Round Pond United Methodist Church on Friday, April 9. Members voted to close the church Tuesday, April 6. (Evan Houk photo)

She said that unless members request a transfer of membership to a different church, they will automatically become members of the New Harbor United Methodist Church, where Harvell also preaches.

Harvell said the church will look for a local group or individual to buy the building. If it does not find a buyer by the time the church closes, the property will be transferred to the New England Conference of the United Methodist Church.

“It’s impacted a lot of people’s lives over that time,” Harvell said of the approximately 168-year history of the Round Pond United Methodist Church.

“The ministry will go on because the people who have been part of the church through the ages have touched people and that will continue to be the case,” Harvell said.

Harvell said members have been talking about closing the church due to declining membership since she became pastor in 2014. 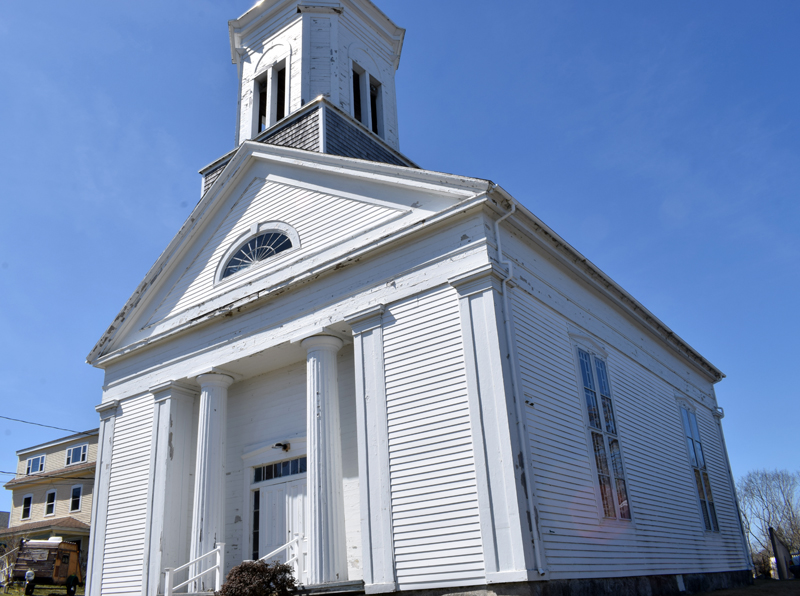 “It got to the point, with the small number of families supporting it, that we just couldn’t deal with it anymore,” Harvell said.

She said it has been hard to keep up the building over the years with the lower membership and attendance. She said the church used to have an after-school program and pie sales, and a Boy Scout troop used to meet on the third floor.

Harvell said the building is “not in hideous shape” for its age, but will definitely need some work when the new owners take over.

Round Pond columnist Lori Crook, a village resident and owner of King Ro Market, mourned the church’s impending closure in her April 8 column.

“This will be a very sad time for the community with that church being a landmark of our village since 1853,” Crook said in the column. “Most of us old locals” attended Sunday school and church there, she said, “with a great many also being married there and attending funerals over the years as well.”

The church has been having Sunday services by Zoom because of the COVID-19 pandemic.