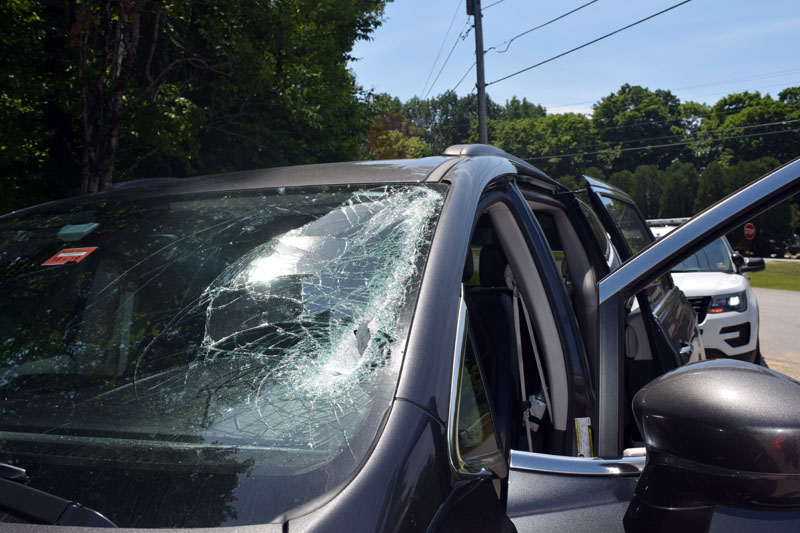 Four international student workers in a company vehicle were not hurt when a metal object from a passing truck went through the vehicle’s windshield on Route 27 in Edgecomb the morning of Thursday, July 5. (Jessica Clifford photo)

A cylindrical metal object flew off a truck and through the windshield of a minivan going south on Route 27 in Edgecomb, but did not cause any injuries, the morning of Thursday, July 5. 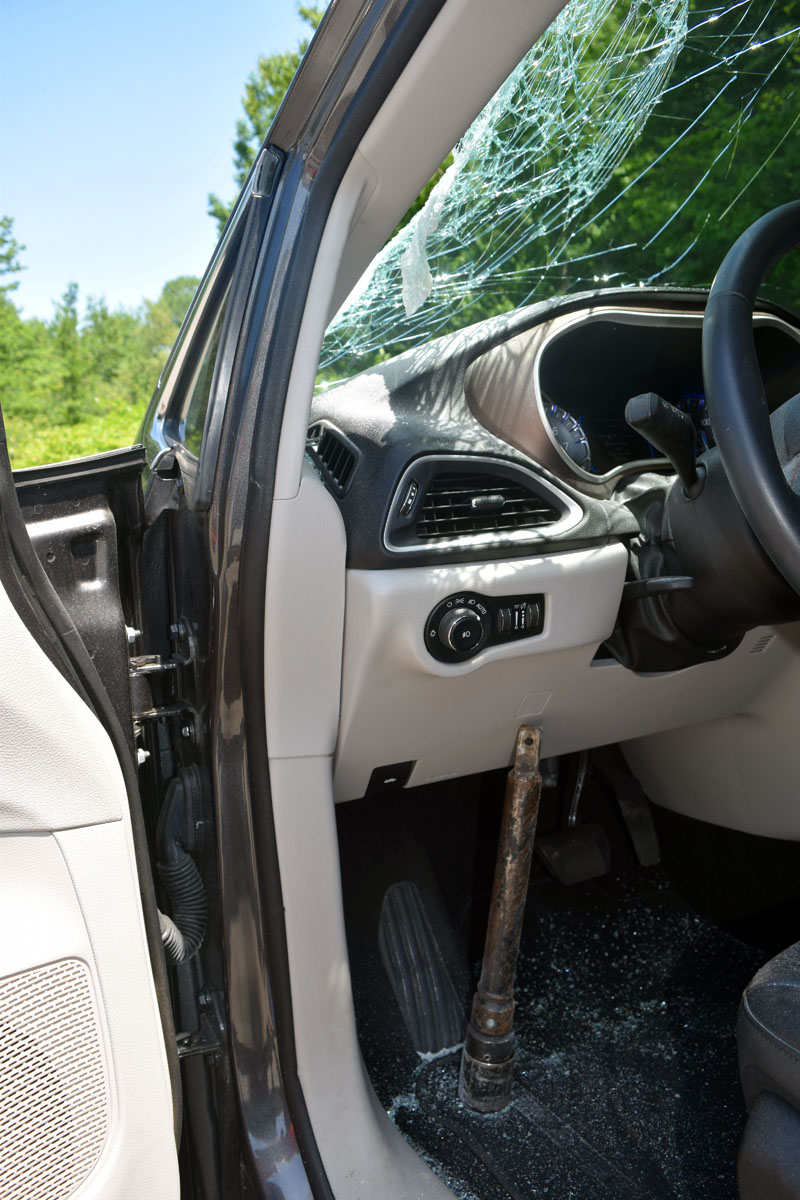 A metal object (upright on floor) from underneath a black truck fell off the truck and went through the windshield of a minivan on Route 27 in Edgecomb the morning of Thursday, July 5. (Jessica Clifford photo)

Four international student workers, all of whom work at Cap’n Fish’s Waterfront Inn and live in Boothbay, were in the van.

Davian McInnis, 26, was driving the company vehicle toward Boothbay, just south of Eddy Road, when the metal object flew up from underneath a northbound black truck, according to McInnis and Lincoln County Sheriff’s Deputy 1st Class Brian Collamore.

McInnis said he swerved enough for the object to hit the bottom of the driver’s side windshield, before landing directly on the floor. The driver of the truck did not stop.

The workers were driving back from Augusta at the time of the accident, minutes before noon.

The Edgecomb Fire Department and the Lincoln County Sheriff’s Office responded to the scene.

Diane Fish, a manager at Cap’n Fish’s Waterfront Inn, arrived shortly thereafter to see the damage and check on her employees.