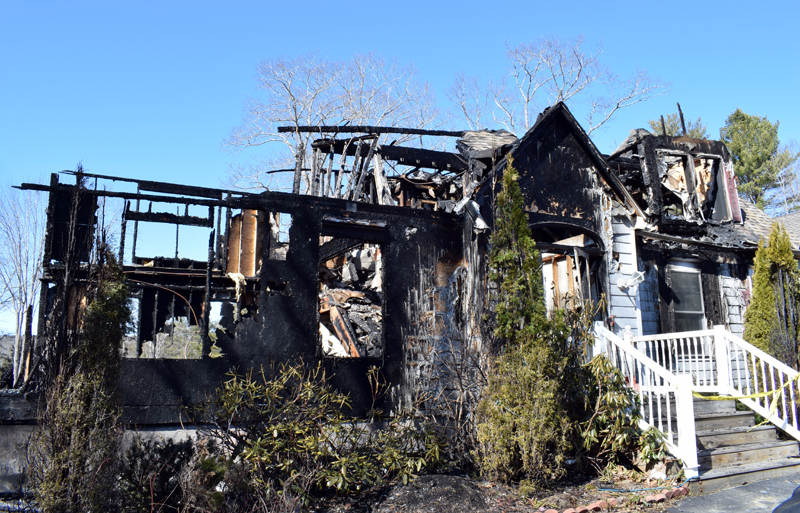 The remains of a house at 30 Sunny Acres Lane in Boothbay after a fire early Thursday, March 5. The residents were able to exit safely, but a dog and two cats died. (Evan Houk photo)

The residents of a home at 30 Sunny Acres Lane in Boothbay were able to exit safely after a fire ignited at about 12:10 a.m., Thursday, March 5.

Naomi Mackin and her fiance, Justin Clark, left quickly after their fire alarm went off. A dog and two cats perished in the blaze.

Mackin said she suspects a malfunction of a propane heater in the sunroom caused the fire.

Boothbay Fire Chief Richard Spofford said the cause is under investigation. An investigator from the Maine State Fire Marshal’s Office was at the scene late Thursday morning. 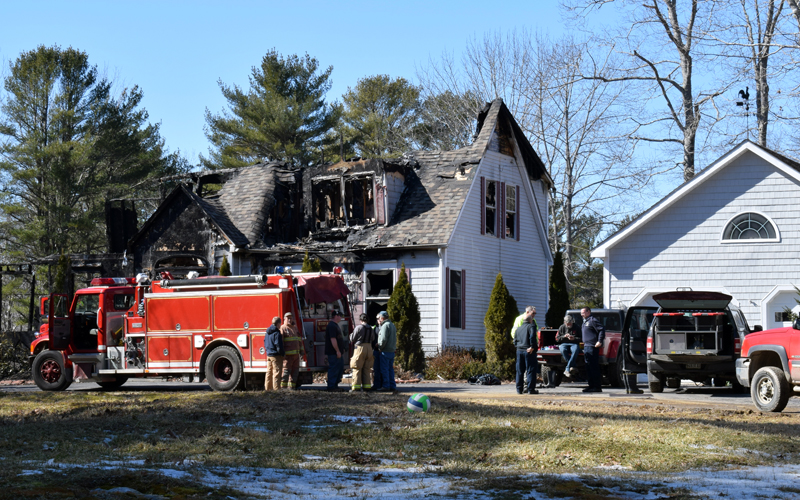 Boothbay firefighters monitor the remains of a house at 30 Sunny Acres Lane after a fire early Thursday, March 5. The fire started shortly after midnight, then rekindled around 6 a.m. (Evan Houk photo)

According to Spofford, the southern portion of the house, which includes the sunroom, was fully involved when firefighters arrived.

“There were flames coming out of the chimney,” Spofford said.

Spofford said all they could do was hit the fire with water to extinguish the flames. The scene was clear by 5 a.m., but the fire rekindled around 6 a.m. and the department had to come back.

Spofford said they used tanker shuttles to bring in water. Sunny Acres Lane is off Back River Road. 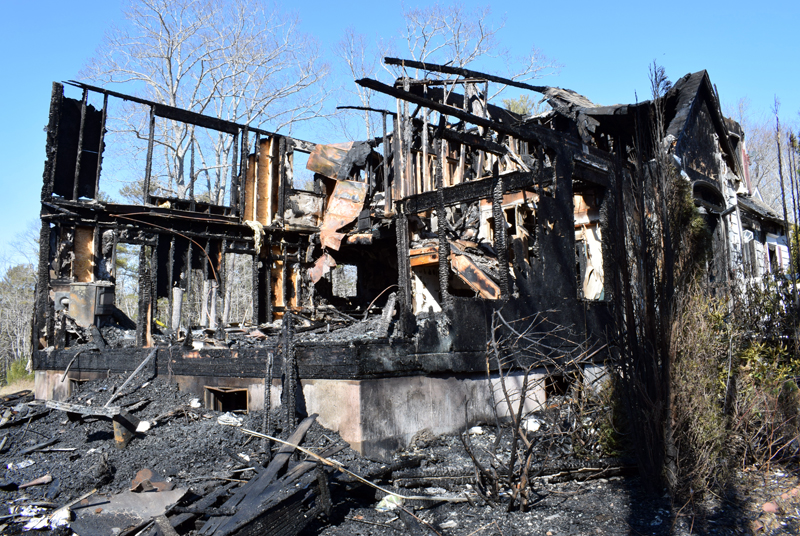 The remains of a house at 30 Sunny Acres Lane in Boothbay after a fire early Thursday, March 5. (Evan Houk photo)

As of 11 a.m. Thursday, Boothbay firefighters were still on scene to ensure the fire did not start again.