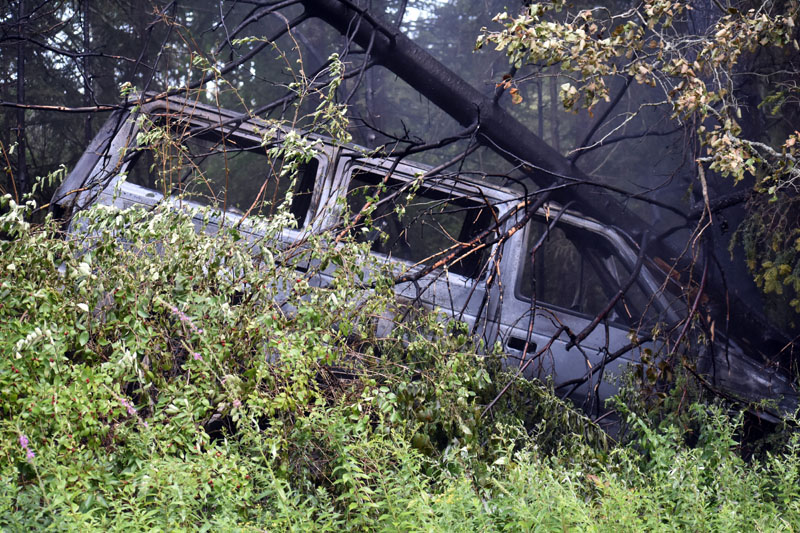 A tree down on top of a Chrysler Town & Country minivan in woods off Route 235 in Waldoboro, near the Warren town line, Monday, Aug. 10. The van caught fire after the crash. (Alexander Violo photo)

A Chrysler Town & Country minivan crashed and caught fire on Route 235 in Waldoboro, near the Warren town line, Monday, Aug. 10. There were no injuries.

Ulmer was charged with operating under the influence, according to Lash. He was the only person in the vehicle.

When firefighters arrived, the vehicle fire had spread to nearby trees, according to Waldoboro Deputy Fire Chief Dale Smith. Firefighters extinguished the fire in and around the vehicle and cut a tree away from the top of the vehicle so a tow truck could haul it away.

The crash and fire closed Route 235, which reopened to one-way traffic at 4 p.m. and reopened fully when the scene was cleared at 5 p.m.