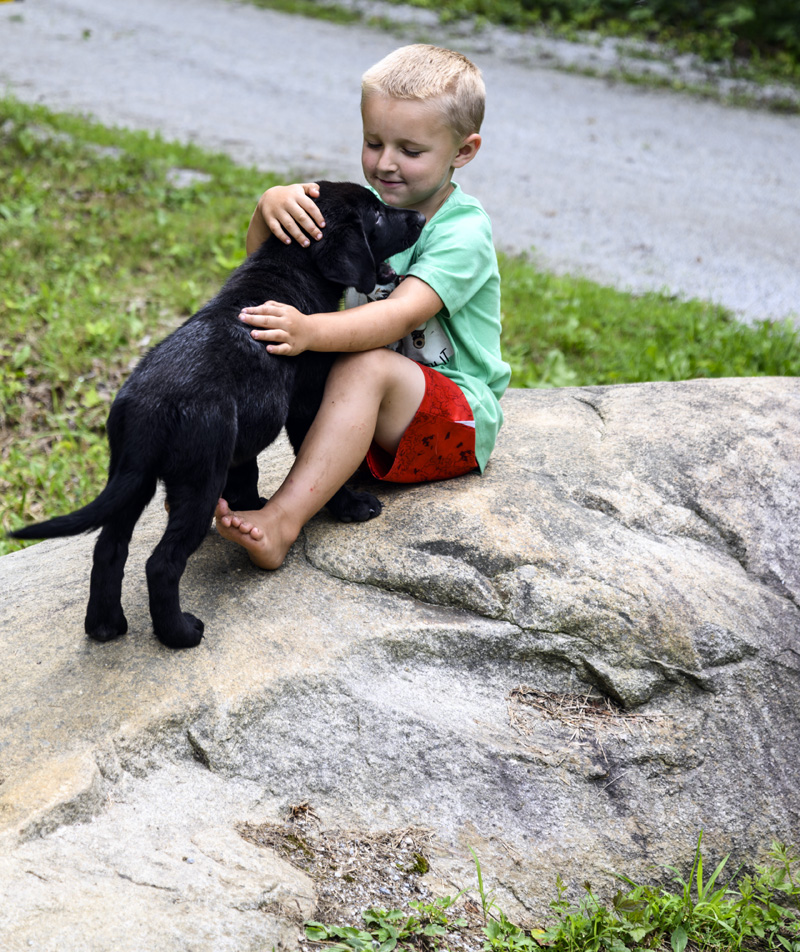 Sammy Genthner, 5, hugs puppy Haven in his yard in Jefferson on Friday, July 30. Haven and her brother Diesel made it home after going missing overnight. (Bisi Cameron Yee photo)

Two puppies disappeared in Jefferson on Tuesday, July 27. On Wednesday, July 28 they were safe at home.

Zak Genthner said he was working in the yard. When he went inside the house for several minutes, the dogs disappeared. He came back out to find them gone.

“I was frantic,” he said. “Brittany started crying.”

He grabbed a flashlight and searched the woods. Eventually Izzy returned. But not the puppies.

Brittany Genthner called neighbors to ask if anyone saw the pups. She posted on Facebook, called animal control and added a post to Maine Lost Dog Recovery, a non-profit organization whose mission is “to help lost dogs in Maine find their way home.”

The couple’s son, five-year-old Sammy “was out in the rain, calling for his puppies,” Brittany Genthner said.

Zak Genthner put Izzy on a leash to see if she could lead him to her puppies, but it didn’t work. He searched until it got too dark to continue.

The next morning a neighbor texted the Genthners a Craig’s List ad that offered puppies for sale similar in appearance to Haven and Diesel.

The Genthners contacted the police and later that day Zak Genthner said he found both puppies running down the driveway toward the house.

Chief Deputy Rand Maker said the Lincoln County Sheriff’s Office is investigating the incident, but has not yet made a final determination whether the dogs were lost or stolen. 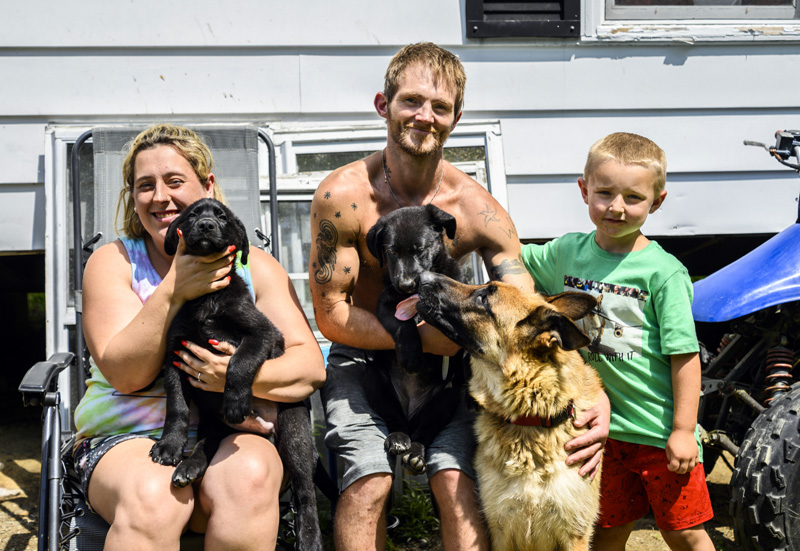 The Genthner family celebrates the return of puppies Haven and Diesel, and the puppies’ mother Izzy on Friday, July 30. The puppies went missing on Tuesday night, but returned home safely the next day. (Bisi Cameron Yee photo)

He said dogs are lost quite frequently, but it is rare for them to be stolen. And it’s even rarer for stolen animals to be returned.

In that scenario, he said the police investigation may have spooked whoever might have taken the puppies enough to prompt their return.

“I was afraid the puppies were gone for good,” he said, but the family is very happy to have them safely home. They are making adjustments to ensure that Izzy and the pups won’t wander off again.

“I love my animals,” Zak Genthner said. “I’ll do everything in my power to keep my dogs safe.”

Between July 17 and July 27 there were four lost or loose dog reports on the Jefferson Community Facebook page. According to Maker, the number one thing dog owners can do to prevent pets from being lost or stolen is to keep them in sight and under voice control. 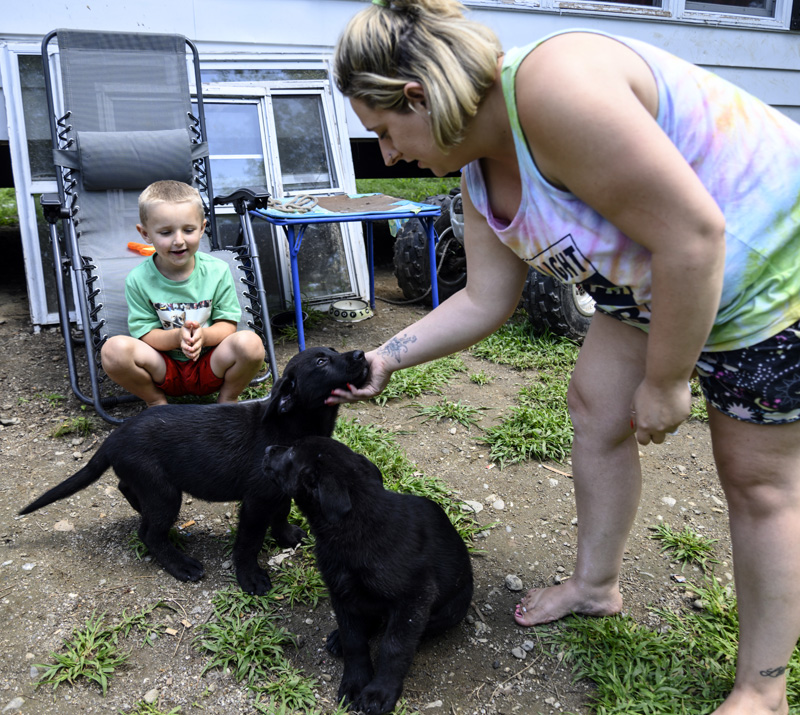 Brittany Genthner and son Sammy, 5, are happy to have their puppies safely home in Jefferson on Friday, July 30. (Bisi Cameron Yee photo)

In a recent post, the Maine Lost Dog Recovery Facebook site, advises that dogs may not immediately respond to or even recognize their owners if they are under stress.

The organization recommends the following:

Hang fliers immediately in a 3 to 5 mile radius focusing on major intersections.

Check with neighbors to see if they might have seen the dog or know of places where a dog might get lost or trapped.

Place smelly food, laundry or the dog’s bedding in the place where it went missing.

Do not chase the dog. Get low, speak softly, avoid direct eye contact and give the dog time to recognize a familiar voice or smell.

Call animal control for your town and surrounding towns. It is not unusual for dogs to travel miles from home.