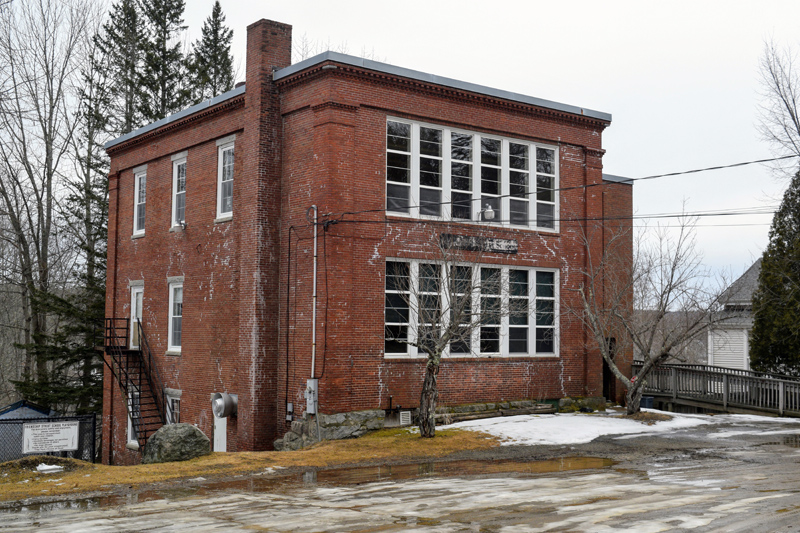 The Friendship Street School at 129 Friendship Road in Waldoboro was built in 1857 and served as the location of the Waldoboro Head Start until September 2021. (LCN file)

Waldoboro voters could authorize the sale of two historic properties when they enter the polls for their annual town meeting by referendum on Tuesday, June 14. Polls will be open for in-person voting at the town office, 1600 Atlantic Highway, from 8 a.m. to 8 p.m.

If approved by voters, Article 51 would authorize the sale of the Friendship Street School for the highest bona fide offer.

The school has been a matter of discussion for the board since the fall of 2021 when the lease with Head Start was terminated. In the spring of that year, the town received quotes to replace the system, but was later informed the “excessive delivery delays” for the new system could stretch into the winter. After a conversation with Head Start, it was determined that the termination of the lease was the best course, according to explanation on the town’s website.

Waldoboro Town Manager Julie Keizer accepted an offer for more than $300,000 for the building in May. Approval of the article on the town meeting warrant would give authorization for the sale to proceed.

Article 49 deals with the selling of the A.D. Gray School to the Volunteers of America for the development of 36 affordable senior living units. This article includes the probable destruction of the existing structure. The original plan was to refurbish the school, but an inspection of the building determined it was unsalvageable.

As the article on last year’s warrant was to rehabilitate the building and keep the façade the same, the vote this year is a way for voters to confirm they support the project with the knowledge that the building will most likely be demolished, according to an explanation of the article on the town’s website.

Other warrant articles address the adoption of a disorderly property ordinance and a medical marijuana ordinance, as well as amendments to the shellfish management ordinance.

The disorderly property ordinance, presented in Article 35, defines a disorderly property as any residential property for which the police department has documented and substantiated two or more disorderly events occurring within a 180 day period. Ordinance language proposes fines ranging from $500 to $1,000 for violations of its provisions.

Approval of Article 36 would adopt a formalized process for licensed medical marijuana care providers to receive municipal authorization and would also eliminate the future establishment of medical marijuana retail stores in town. Two existing retails operations approved prior to Dec. 18, 2018 are grandfathered under the proposed ordinance.

Article 37 amends the shellfish management ordinance to include penalties for harvesting without a license and failure to stop for a municipal shellfish conservation warden.

Waldoboro voters will weigh in on a proposed $5.2 million municipal budget when they go to the polls June 18.

As proposed the budget presents a 15.79% increase over fiscal 2021. According to Waldoboro Town Manager Julie Keizer, the bulk of the increase is primarily due to increasing costs related to staffing the town’s emergency services departments.

“The biggest increase obviously was in personal costs for EMS and that needed to be addressed because we need to be competitive,” Keizer said

Discussing the increase, Keizer said members of the budget committee and select board recognized the need and acted accordingly.

“Both the select board and the budget committee were kept very well informed about what was going on in the emergency services world,” Keizer said. “This is what we need to provide coverage to our town. I don’t believe in any one of those line items there was a dissenting vote.”

Keizer said those projections are conservative.

“We’ve been very conservative with our revenue numbers, because we don’t know what’s going to happen in the future with the economy,” Keizer said.

Polls will be open for in-person voting at the Waldoboro town office, 1600 Atlantic Highway, from 8 a.m. to 8 p.m.

Voters will also elect town officials for three-year terms at the polls.

Selectman Bob Butler and Seth Hall are seeking a seat on the Waldoboro Select Board. (See related article in this edition.)

RSU 40 Board of Directors Chair Danny Jackson and Steve Karp are seeking election for one seat on the board. (See related article in this edition.)

Michael Thayer is running unopposed for a seat on the utility district board of trustees.

To read the full warrant, go to waldoboromaine.org.

(Ed. Note: This article has been updated with regard to the proposed budget impact and ordinance language proposed in Article 36.)