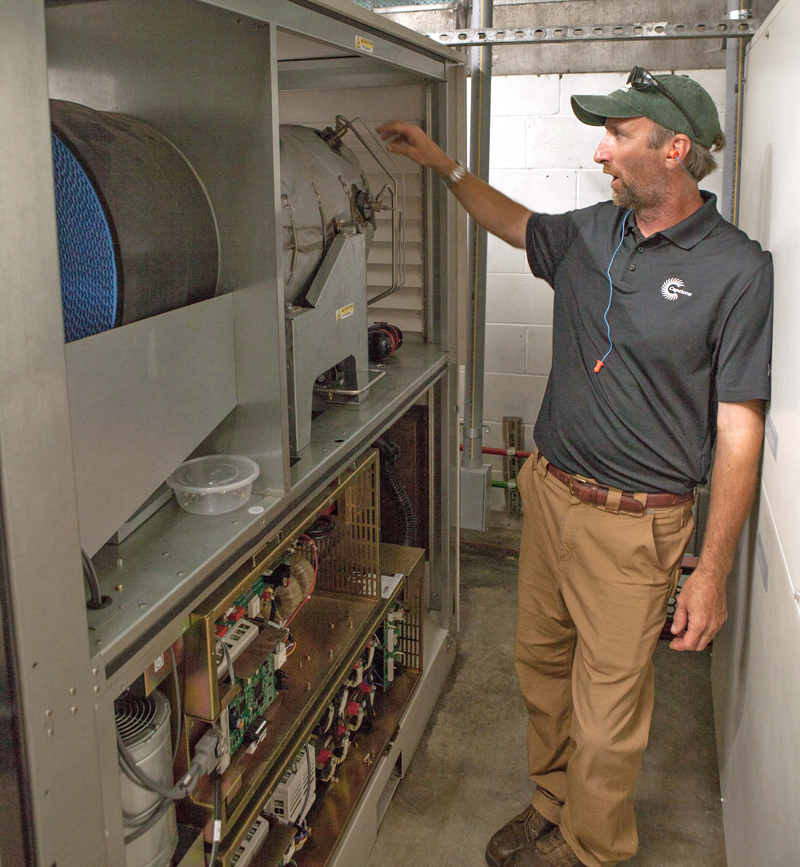 The Monhegan Plantation Power District recently celebrated the completion of a $1 million-plus upgrade to a cleaner, more reliable, safer energy source in the form of diesel microturbines.

The new system is “90 percent cleaner” than the three diesel generators that preceded it, according to Monhegan Plantation Power District Operations Manager Chris Smith.

“This has been a long time coming for us, and a big improvement over what we had for the last 17 years,” Smith said.

In 2012, the Monhegan Plantation Power District was named one of eight recipients of grants from the U.S. Department of Agriculture’s Rural Utilities Service, which administers the High Energy Cost Grant Program. The program assists communities where the average cost for home energy exceeds 275 percent of the national average.

The power district had planned to use the $420,154 grant to purchase a new 40-kilowatt generator and control system and install a 13-kW solar array on the roof of the power station. However, shortly after the announcement of the grant, new regulations from the U.S. Environmental Protection Agency took effect, causing the power district to rethink its plan.

“Essentially, the system we planned for when we applied for the grant was no longer accepted by the EPA because of the emissions standards,” Smith said.

At the time, the generators that would meet the EPA’s emission standards were much larger than what the island needed, Smith said. The power district worked with the Island Institute, a Rockland-based nonprofit focused on supporting and maintaining year-round island communities in Maine, to come up with an alternative solution. The Island Institute had worked with the Monhegan Plantation Power District on the initial grant application.

An upgrade to microturbines, however, would far surpass the grant funds Monhegan received for the project. But after the Island Institute told the USDA how much more reliable the microturbines would be for residents, the department agreed to fund the project for over $1 million, MacDonald said. 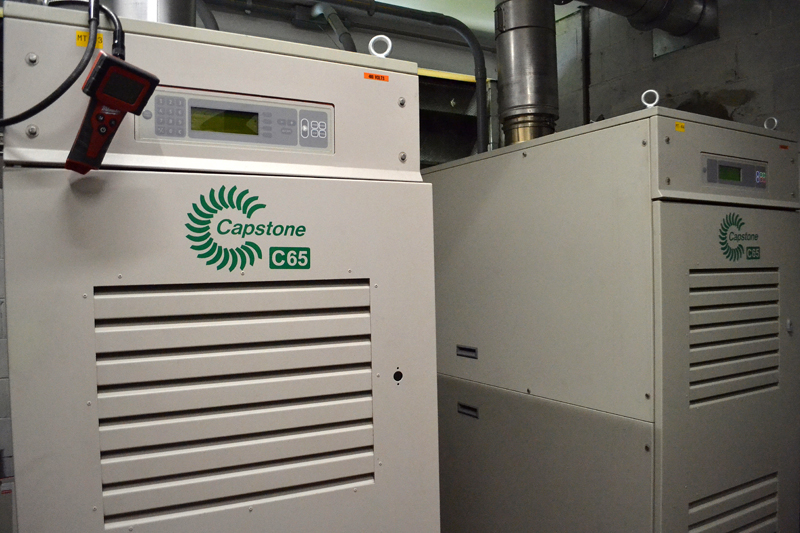 “Fortunately (the USDA) recognized just how much of a priority this was for the islanders, not only in terms of reliability, but also cleaner emissions, and they gave us additional funds to make this happen,” MacDonald said.

The installation of the system, which consists of four microturbines, was completed by islanders, including Smith, and people with close ties to Monhegan. A contractor was not hired for the project.

“We had a small crew, but it was made up of people who were very invested in seeing these upgrades happen,” Smith said.

The installation of the four microturbines was completed last July, and the system has been up and running for a little over a year, Smith said. During the winter months, one microturbine can power the whole island. During the height of the tourism season in August, the power district runs three of the microturbines.

The power district hopes it will never have to use all four microturbines at the same time. “The fourth is our ‘just in case,’” Smith said.

Due to the recent installation of the system and the island’s fluctuating population, it will take a few years of records before the power district can calculate the potential cost savings from the new system, Smith said. Currently, islanders pay about 70 cents per kilowatt-hour, almost five times the current rate for Central Maine Power Co. ratepayers, according to the Maine Public Utilities Commission. 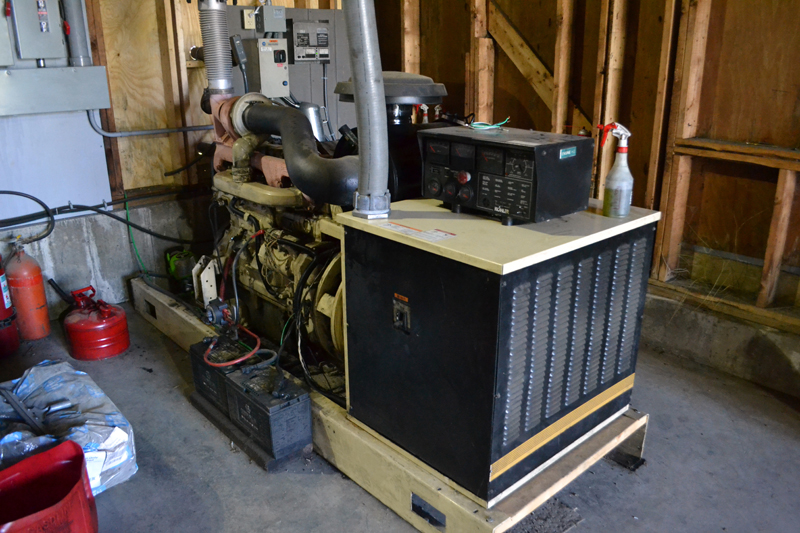 One of the Monhegan Plantation Power District’s three old diesel generators remains on standby after the district’s upgrade to a microturbine system. (Maia Zewert photo)

While Smith hopes the island’s electricity rates will eventually go down, pending approval from the PUC, he said the main focus of the upgrades was reliability and cleaner emissions.

“Even though we’re technically burning more fuel, the emissions are so much cleaner than what we had before,” Smith said.

The microturbine system has other benefits, including the production of waste heat. The power district and the nearby Monhegan Museum of Art & History are in the process of installing a system in which waste heat from the microturbines can be pumped into the museum.

“By installing the microturbines, there’s been this opportunity created to extend the benefits from the power district to the museum, making the project much more impactful,” MacDonald said.

“It may seem like a lot all at once, but really all of these upgrades were a long time coming,” Smith said.