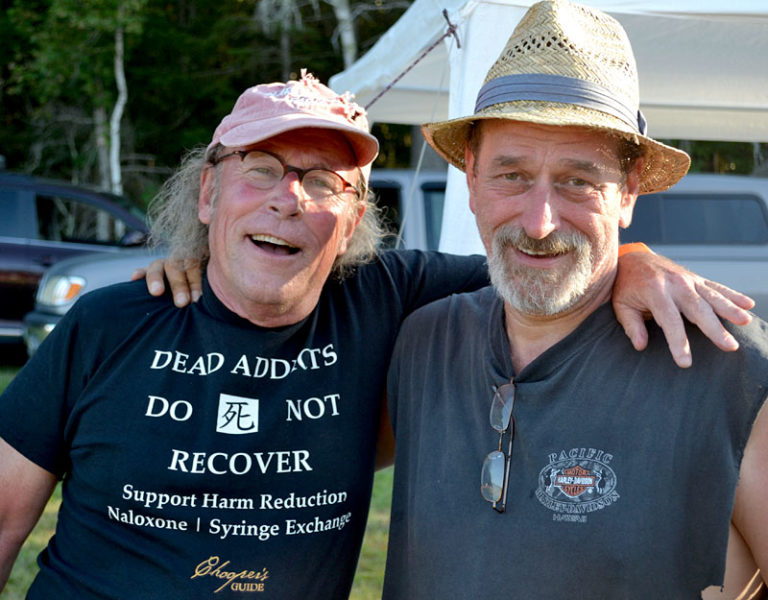 Since it launched in 2008, Rockers in Recovery, a for-profit media and production company, has attracted tens of thousands to its music festivals and reached millions more through its online radio program. The message the organization is spreading through rock ‘n’ roll: there is hope, addiction recovery is possible. 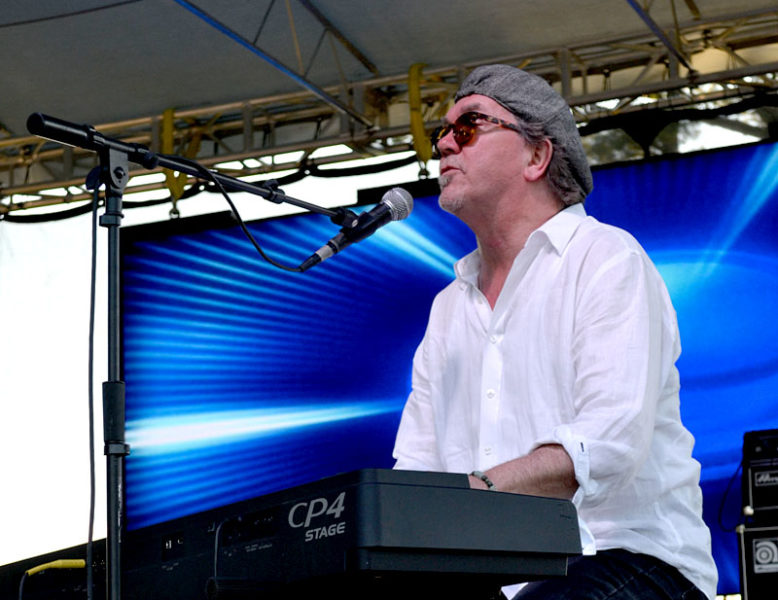 Musicians and representatives of addiction recovery organizations from across the country descended on Lincoln County to share their songs and stories, many with a similar theme. Several musicians and speakers said that when they were addicts, they were dying. Now that they’re clean, they are alive and feel blessed.

Blessed and grateful were words independently spoken by several of the performers that took the stage, which included Selfish Steam and the Brian Sances Band from Massachusetts; Jam Alker from Chicago; Paul Wilson from Florida; RC Budaka from Waterville; Ceefor and John McAndrew from Nashville, Tenn.; and The Chillbillies from Knoxville, Tenn.

The path that led to addiction was different for each individual who shared his or her story. Addiction recovery coach Deb Perkins was molested when she was 6 years old and told no one, she said. The secret fueled her use of drugs and alcohol. “As long as I kept that secret, I had permission to get high,” Perkins said. 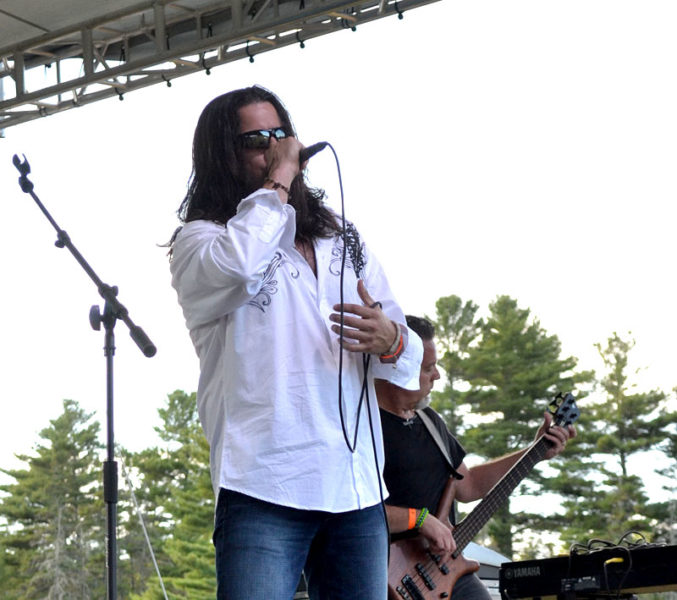 The moment she spoke about it, she started on the path to recovery. “That’s when I stopped being a victim and started being a survivor,” she said.

Childhood sexual trauma is common among the individuals the Shores Treatment & Recovery Center in Florida serves, said CEO Lyle R. Fried. Treatment at the inpatient treatment center is not just about addiction, but also about treating the whole person, and the trauma that has driven people to use, he said.

Shores is one of the treatment centers in Florida the Scarborough Police Department connects people to through its addiction outreach program, Operation HOPE, Fried said.

The “a-ha” moment that led many of the musicians and speakers at the event to seek treatment was also unique, yet followed a similar theme. Hollis awoke in a Miami club to find himself lying in his own urine, he said. “I had an epiphany,” Hollis said. “There was no one to blame but me.” 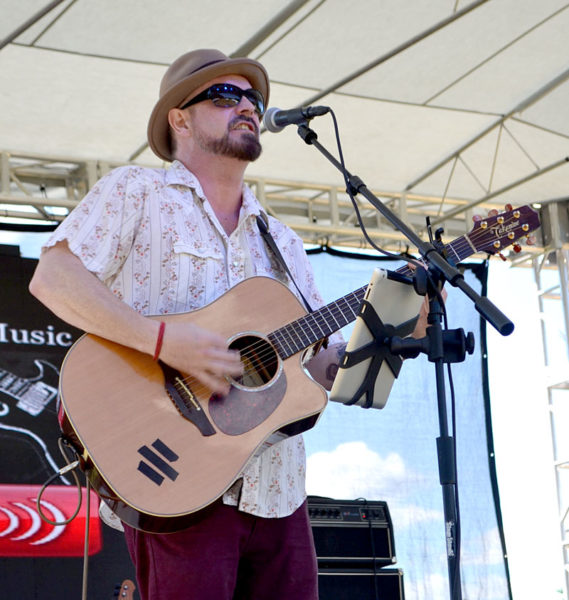 Joe Veneto, drummer for Selfish Steam, was living on the streets of Boston, he said. “I’d been incarcerated, stabbed, shot at, and OD’d twice,” Veneto said. “None of that stopped me.” It was a quiet moment ordering a drink at a bar and looking at all of the “old-timers” sitting there when he realized he needed help.

“I tried to get sober before for other people, but this time it was for me,” Veneto said.

Alker was living in Chicago, “doing the rock star thing,” when he became addicted to heroin, he said. As an addict, he kept drawing lines in the sand and told himself he would stop when he reached a certain point. The lines were crossed and he never did, Alker said.

“After 13 years of hell,” Alker said, he realized he could not stop using on willpower alone and sought treatment. “When you go (to treatment) for someone else, you’ll fail,” he said. “You need to do it for yourself.”

Two years after Hollis got sober, Rockers in Recovery was formed. What began as a radio station to spread the message of recovery through news, interviews, and music has grown into a multifaceted media and production company.

The Aug. 27 Rockers in Recovery music festival was the first in Maine. Cheney, founder of Chooper’s Foundation, an addiction treatment and information resource, and equity partner in Grace Street Services, an outpatient treatment center in Lewiston, was a speaker at the Rockers in Recovery flagship concert in Florida in February.

Cheney suggested bringing the concert to Maine; Hollis agreed on the spot. The turnout at the event, of 50-100 people, was small compared to the crowds the festival attracts in other locations.

With 189 overdose deaths in Maine in the first six months of 2016, the music festival, with its message of recovery, is something Cheney hopes will grow.

In the early 1980s, Cheney was living on the streets of New York City addicted to heroin. The majority of his veins had collapsed, he said. It was while he was strapped to a gurney in an emergency room that he realized he was dying, he said.

“When I was a kid, I was told ‘once an addict, always an addict,’” Cheney said. “I didn’t know recovery was possible.” After 35 years of living clean, Cheney is living proof that the old adage is false and recovery is real. Through the power of music, Rockers in Recovery is broadcasting that message.

“My job is simple,” Hollis said. “We carry a message of hope and we do that through music.”

“I never envisioned I’d be standing here on this property,” Cheney said. “I’m honored, proud, and so humbled … this is an amazing moment for me.”

For more information about Rockers in Recovery, go to rockersinrecovery.com.