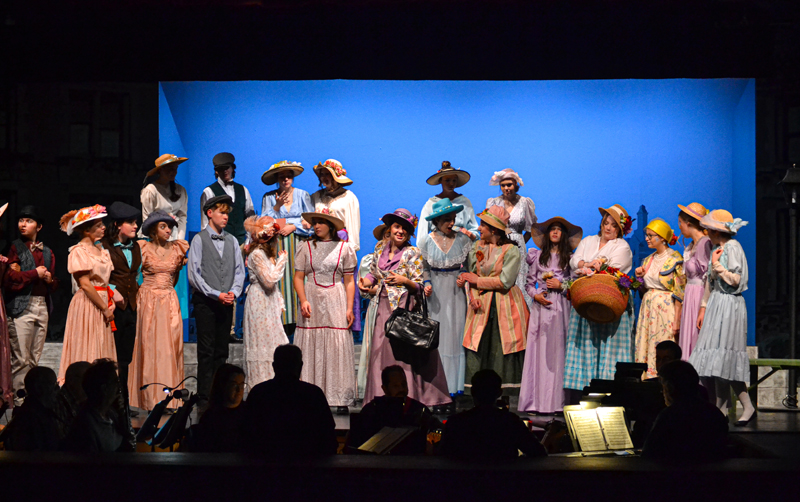 The Medomak Valley High School Players took the stage for the opening of their fall musical, “Hello, Dolly!” this past weekend, and what a performance it was.

“Hello, Dolly!” is set in the 1890s and follows Dolly Levi, a socialite widower turned matchmaker who is trying to make a match for the wealthy Horace Vandergelder.

When initially trying to decide on a show for the MVHS Players to perform, director Peter Stuart had to figure out what would work for the number of students involved, as well as the ratio of girls and boys. After thinking it over, “Hello, Dolly!” was the final decision and the group began crafting their production. 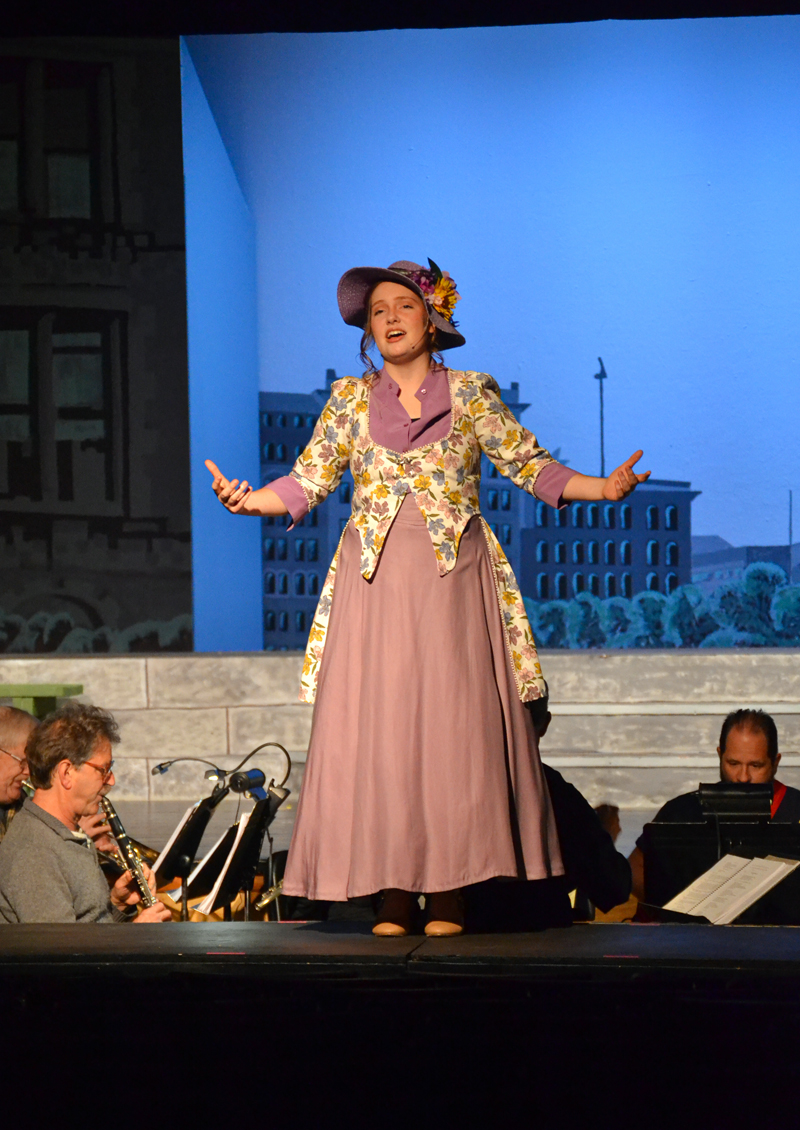 With every production there are struggles that must be overcome, but for Stuart and the MVHS Players nothing was going to hold them back from putting on a successful show.

“It’s been a long journey, which it always is, but it’s been fun,” Stuart said at a dress rehearsal before opening night. “We’ve had a good time; the kids have really stepped up and done more than probably we’ve asked them to do.”

The MVHS Players are comprised of younger students than usual this year.

“We had a lot of seniors graduate last year so we’ve got a pretty young cast, predominantly sophomore and below, so they’re learning, it’s a big learning curve,” assistant director Maida Cordero said.

However, the fact that the students were young and many of them were new to the stage was not reflected in their performance on Saturday evening, Nov. 12.

Right out of the gate the performance caught the audience’s attention with a full cast opener with the titular character at the center of it. Dolly Levi is played by MVHS senior Lily Rogers, who absolutely shines in the role. Her fast talking, powerhouse portrayal paired with great vocals anchors the show and sucks the audience in.

The show had no shortage of jokes and comedy and paired with actors who could deliver, the audience was filled with laughs on multiple occasions.

The grumpy Horace Vandergelder, played by junior Liam Smith, was the perfect contrast and catalyst to the humor between Cornelius and Barnaby. Smith was able to truly embody the cantankerous character even though in the end he was no match for Dolly’s scheming.

Needless to say, there were no small parts in this production, with each role enriching the performance. The ensemble made each scene that they were in come to life and feel complete.

While the acting was stellar, the set and costume design elevated the show to another level. The stunning and vibrant dresses and hats were eye catching and brought life to the performance. The set was dynamic and detailed, with multiple set changes throughout the production.

Special mention also needs to be made for the band that accompanied all the singing numbers throughout the show and played beautifully.

The MVHS Players production of “Hello, Dolly!” is a must-see for a fun night out. There will be another weekend of performances in the Ronald E. Dolloff Auditorium at Medomak Valley High School at 7 p.m. on Friday and Saturday, Nov. 18-19, as well as a Sunday matinee at 2 p.m. on Nov. 20. Tickets are available at rsu40.org/mvhsplayers or at the door.