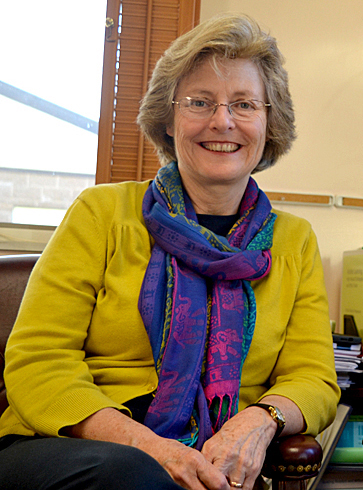 The principal of Nobleboro Central School will soon depart to become the director of curriculum, instruction, and assessment for AOS 93.

NCS Principal Ann Hassett is in her eighth year as principal and will remain in the role through the end of the school year. “I wanted to make sure the transition is as smooth as possible,” she said.

Her first day at her new job will be July 1, according to a farewell letter on the school’s website.

Hassett said her work at the school over the next couple of months will include applying for a grant to fund the summer school program at NCS.

Hassett said she was appointed as the principal of Nobleboro Central School in 2010 and is excited to stay with the school district.

“I’m looking forward to meeting my successor and welcoming them to Nobleboro,” Hassett said.

Hassett said she has been an administrator for 13 years and worked as a teacher for 23 years, starting her career in education in 1981.

Before going to NCS, Hassett worked for RSU 40. She was an assistant principal at Medomak Valley High School in Waldoboro and the district’s No Child Left Behind coordinator in the five years before she became Nobleboro’s principal.

In her farewell letter, Hassett said the move comes with mixed emotions.

“I’m happy to be continuing in a role in our AOS, and my head is looking forward to the new challenge, but a very big piece of my heart will always be at NCS. As always, I will continue to look forward to every day that I am principal of Nobleboro Central School,” Hassett said.

Hassett said her favorite part of working at NCS has been the people she has had an opportunity to meet and work with over the years.

“All of the people, the children, families, and staff, that is what I am going to miss the most,” Hassett said.

In addition to her experience as an educator and school administrator, Hassett has authored 14 children’s books with her husband, John Hassett.

AOS 93 interim Superintendent Jim Hodgkin said working with Hassett has been a positive experience. He recommended Hassett to the AOS 93 Board as a candidate for the district’s director of curriculum, instruction, and assessment.

“I was a strong advocate, meeting with the AOS 93 Board, and felt she would be an asset for the district,” Hodgkin said.

Hodgkin said he will serve in an advisory role to the Nobleboro School Committee as it heads the search for the school’s next principal.