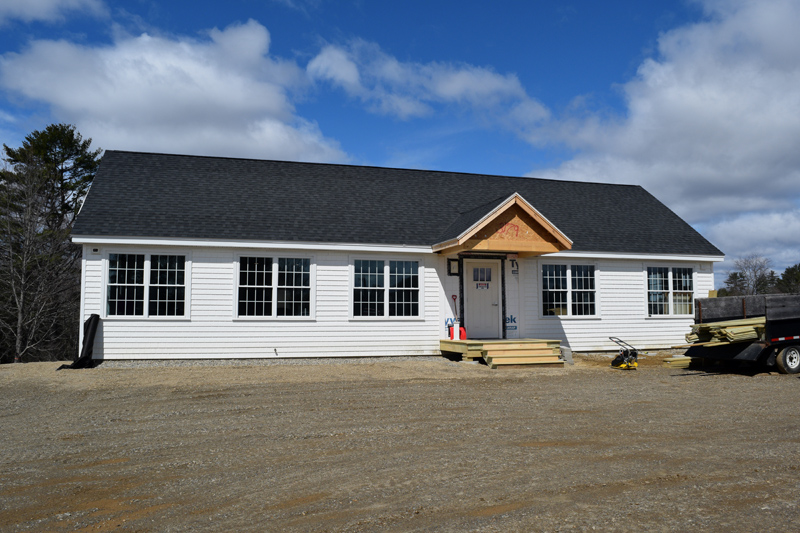 The new Alna town office, behind the old one on Route 218, is open for business as of Tuesday, April 16.

The old town office was closed Thursday and Friday, April 11 and 12 to allow staff to make the move.

The move was the conclusion of a multiple-year project, including discussion of whether to renovate the old town office or build a new one; voter approval of the plan to buy a modular building; the design, construction, and delivery of the building; and the interior work on site.

First Selectman Melissa Spinney said the discussion arose after the Maine Municipal Association, which insures the town, asked Alna to do some work on the old town office.

The selectmen learned that renovations and repairs “would cost about as much as a new office,” Spinney said in an email. They looked into moving the town office into the fire station, “but that would have been costly too.” 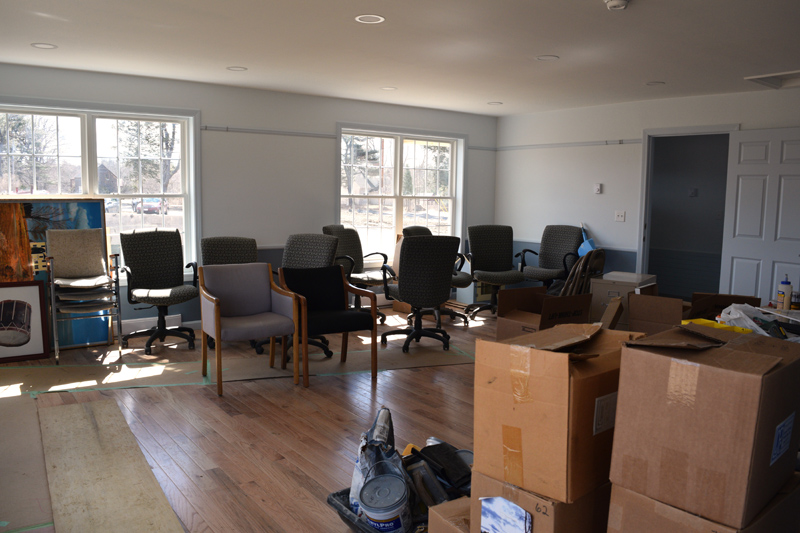 At annual town meeting in 2018, from three options, voters chose to buy a modular building and place it on town property behind the current town office, then to sell the old building with 2 acres of land.

Another option was to build a 180-square-foot addition onto the meeting room at the town office and undertake renovations to make the building energy efficient and compliant with the Americans with Disabilities Act. 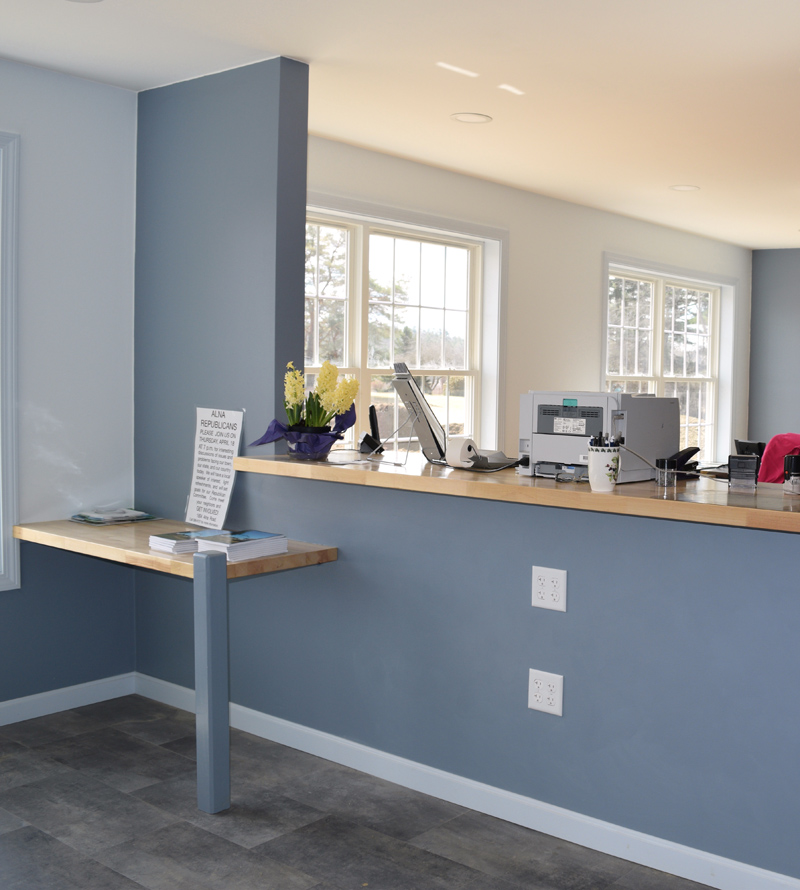 The final option was to renovate the town office without the addition.

The town ordered the new building from the since-closed Maine Modular & Manufactured Homes Inc., of Waldoboro, with a contract price of $187,500; however, Spinney said the final price was $109,108. KBS Builders Inc., of South Paris, constructed the building.

Spinney said that when Maine Modular closed, a lot of the work it was going to do, such as electrical work and plumbing, fell on the town to arrange, which affected the final price.

The town took out a 20-year, $260,000 loan from the Maine Municipal Bond Bank. The bond was for the building, heating, well-drilling, handicapped ramps, finish work, and site work.

Jeffrey Verney Excavation, of Alna, completed the site work before the building arrived.

After multiple delays, the building was delivered in December 2018.

Chris Cooper and Ralph Hilton, both of Alna, have been doing the finish work.

Large windows line the white office. The building has a waiting area and service window, and a bathroom off to one corner. A meeting room is to the right of the entrance, with a staircase to the basement. A room in the basement is being used for the town’s archives. 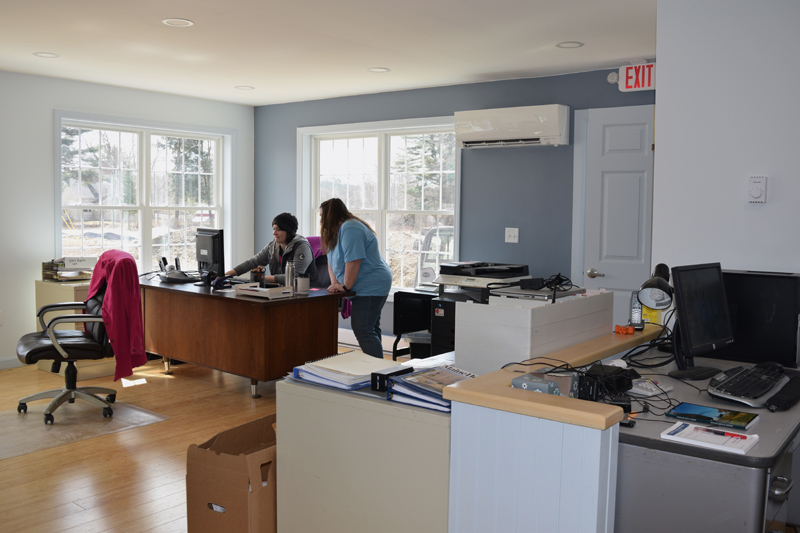 With the office open, a major project that remains to be completed is the building of Americans with Disabilities Act-compliant ramps. In addition, some furniture needs to be arranged.

The board is working on making the new town office more than a place to conduct town business, but also a space for the community to come together.

Projects in the works include a trail starting at the town office, a community garden that is already staked out, a food pantry, and potentially playground equipment.