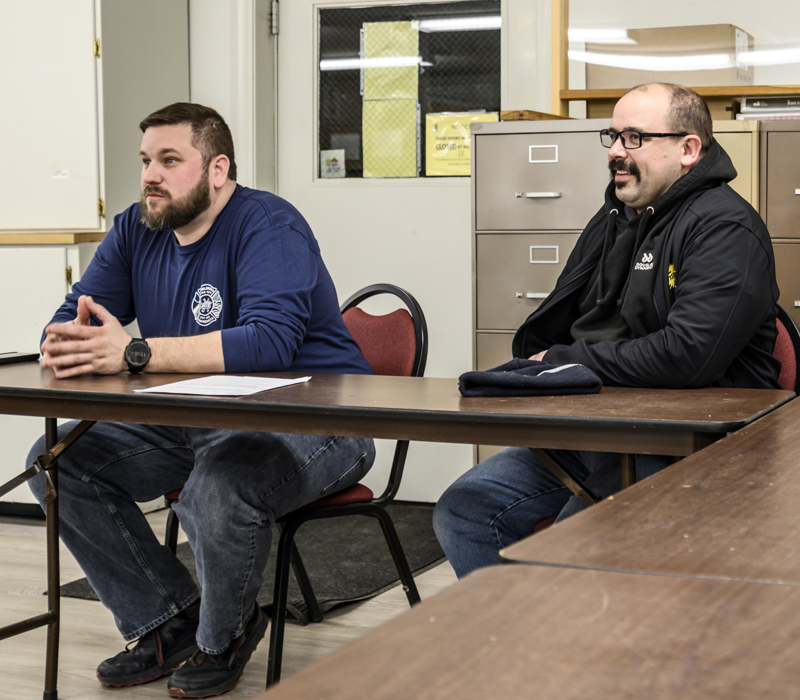 Fire Chief Richard Genthner introduces new Deputy Chief Matt Dixon to the board during the selectmen’s meeting in Nobleboro on March 9. Dixon has been with the department for approximately two years and was previously deputy chief for the Appleton department. (Bisi Cameron Yee photo)

Fire Chief Richard Genthner informed the board of the appointment of a new deputy chief during the March 19 Nobleboro selectmen’s meeting. Matt Dixon will take over for previous Deputy Chief Andrew “Andy” Kennedy who passed away in February.

Dixon has been with the Nobleboro department for about two years and was previously a deputy chief for the Appleton department.

Dixon will be acting chief while Genthner is out of state through the last weekend in March and during additional brief periods through June.

Genthner said he will not be able to attend the upcoming town meeting, but that Dixon has a bullet list of  information to present and all Nobleboro firefighters will be on hand and available for questions. 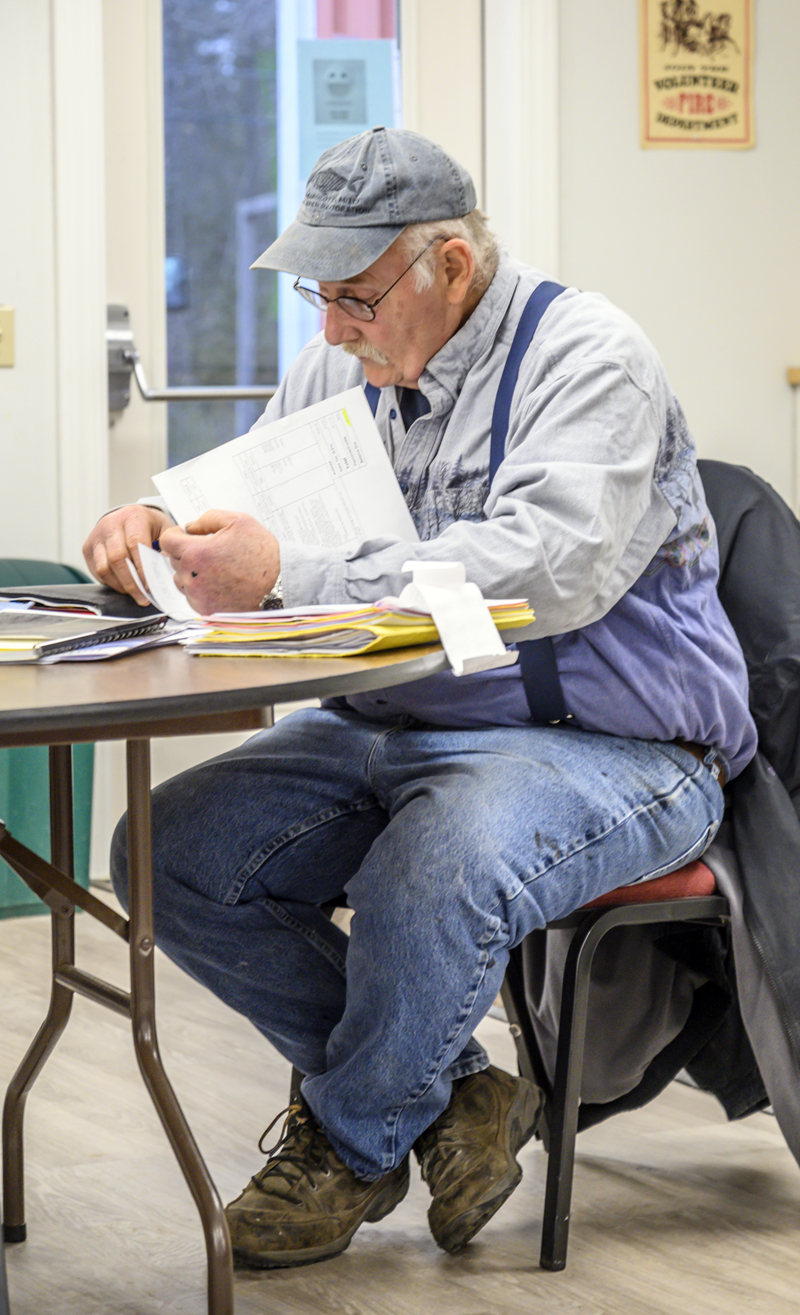 The board reviewed the final version of the Central Lincoln County Ambulance Service interlocal agreement. Selectman Jon Chadwick said he still does not agree with an emergency expenses clause that would require the six founding towns to pay for any significant unforeseen costs that may arise.

Dick Spear, chair of the board of selectmen, said he thinks CLC’s board of directors should be able to recommend that the ambulance service borrow any necessary emergency funds so that towns can budget appropriately and make payment in their next fiscal year.

According to Spear, the expenses in question will be determined by CLC’s board of directors which includes representatives from each of the founding towns of Bremen, Bristol, Damariscotta, Newcastle, Nobleboro and South Bristol.

Despite his disagreement with the clause, “that point of unexpected expenses may never be an issue,” Chadwick said.

Nobleboro Emergency Medical Services Director and CLC board member Larry Hallowell said in a previous Lincoln County News report that CLC has not required monies for emergency expenditures from the towns to date, covering any such needs so far through fundraising and donations.

Treasurer and office manager Susan Pinnetti-Isabel said she plans to make photocopies of the interlocal agreement available to residents at the town office and to have them on hand at the town meeting.

According to the board, a number of projects to make use of the town’s American Rescue Plan Act funds will be compiled in an article on the town’s warrant for residents’ approval. The board built the project list based on estimated costs, with a focus on not exceeding the total grant amount. Final costs for each project will be determined by bid.

Selectman Richard Powell Jr. said that none of the projects have been committed to yet, and that there is a possibility that projects not on the list could still be added, if approved by the town in a future special town meeting.

The board has consistently sought input on the use of ARPA funds and expects the funds to be a potential topic of discussion at the open town meeting on March 19.

“(Residents) get once a year to stand up and say, ‘I’m happy with this or unhappy with that, I’d like this to change.’ We have to listen to it … Some might want it all to go to broadband – we’ll take it under consideration,” Powell said.

Pinnetti-Isabel said she received complaints about potholes in need of repair on Back Meadow Road.

Powell said he has been approached about issues on West Neck Road, as well. “It’s that time of year,” he said.

Road Commissioner Dale Wright, reached by phone on March 14, said he has inspected all the town’s roads and will be filling potholes for the rest of the week.

“I understand people are concerned,” he said. “They’re used to quality paving.”

Wright said the impact of road salt and continuous ice issues this winter season have been responsible for the increased wear and tear on the roadbeds.

A $1,238 repair was completed on the fire department’s mini pumper truck to fix a head gasket leak. The truck was out of commission for approximately 90 days.

Genthner said he was “rather irate” with the level of service from the department’s current repair company. He said he plans to look for a new company, but may have to go to Augusta or Bangor to find one with bays that can accommodate the height and weight of the department’s trucks.

Nobleboro Board of Selectmen next meets at 5 p.m. Wednesday, March 23, at the town office.