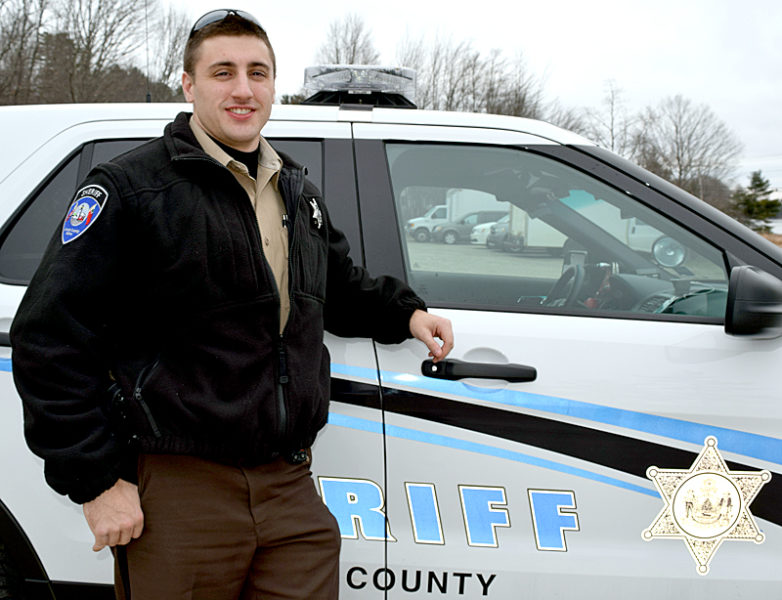 The Lincoln County Sheriff’s Office has a new deputy on patrol.

A native of the Belgrade area, Colby is a 2011 graduate of Messalonskee High School in Oakland. He graduated from the University of Maine at Orono in May. He has a bachelor’s degree in sociology with a concentration in crime, law, and deviance.

He is undergoing on-the-job training with veteran deputies and will attend the Maine Criminal Justice Academy’s Basic Law Enforcement Training Program beginning in January or August.

Colby, 23, said he has always been interested in law enforcement and has enjoyed his first two-plus months at the sheriff’s office.

“It’s a lot to learn,” Colby said. “It’s a whole new world for me, going from a college setting to this, but it’s enjoyable and I’m taking it step by step.”

Colby lives in Lincoln County. While not on patrol, he enjoys the outdoors and particularly likes to fish.

The sheriff’s office is looking for additional full- and part-time deputies to fill vacancies at the agency, including those left by the recent departure of Kennebec County Sheriff-elect Ken Mason, the agency’s former chief deputy; and Sgt. Jason Nein, a patrol supervisor and specialist in accident reconstruction.