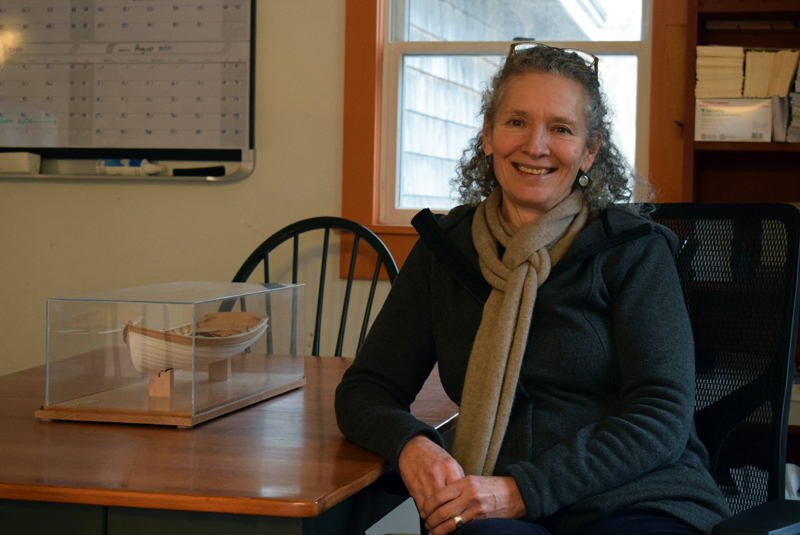 Sonia Turanski, the new executive director of The Carpenter’s Boat Shop, in her office on Feb. 4. Turanski plans to adapt the boat shop for the future while remaining true to its traditions. (Evan Houk photo)

Sonia Turanski, the new executive director at The Carpenter’s Boat Shop in Pemaquid, wants to propel the organization into the future while continuing to honor its founding principles.

Turanski understands how important the seven rules of St. Benedict are to the boat shop’s mission. The Bristol nonprofit was founded in 1979 by Bobby and Ruth Ives with these seven Benedictine principles in mind: work, worship, study, service, recreation, hospitality, and prayer.

However, Turanski also understands the need for the organization to evolve in order to ensure the program’s tuition-free nine-month boatbuilding apprenticeship program remains sustainable. The shop and its programs are funded mostly by donations and the sale of wooden boats and other accessories handcrafted by the apprentices.

“There’s a whole other part of the community that doesn’t really know that we’re here or what we do. So I look forward to changing that. I think we have a lot to offer,” Turanski said in a Feb. 4 interview.

Turanski, who started work after the new year, also understands the focus on community at the boat shop and looks to increase local outreach and volunteer service in her new role.

“What are some other things that the community might want that I don’t know about?” Turanski said. 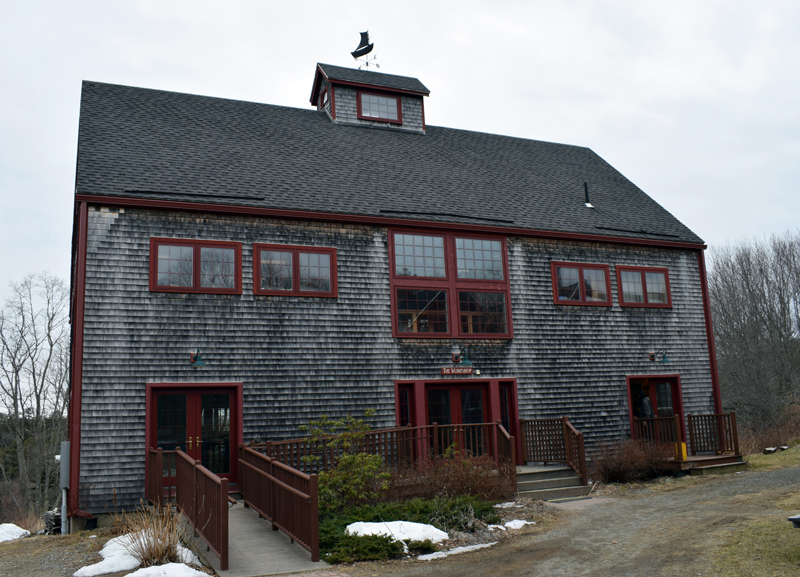 The main workshop at The Carpenter’s Boat Shop, at 440 Old County Road in Pemaquid. The organization welcomes visitors to stop in anytime, especially during the daily community tea break in the workshop from 10-10:20 a.m. (Evan Houk photo)

Apprentices at the boat shop already engage in volunteer work as part of the organization’s core mission. They mentor students at Bristol Consolidated School, shovel driveways for neighbors, and fix up houses during the summer with a church group from Basking Ridge, N.J.

There is also a shed set up by CHIP Inc., an organization founded by the late Ruth Ives, on the boat shop’s sprawling property, an ad hoc swap where anyone can drop off or pick up furniture or appliances.

Turanski said the boat shop’s first apprentice was a young boy who the Ives family took in after he was left alone by his father. In the decades since, The Carpenter’s Boat Shop has continued to provide a safe haven from the storms of life and an “extended family” for anyone who is growing and changing and needs support.

Turanski believes her lifetime of work in personal advocacy and experience as an artist and craftsperson has prepared her for her new position.

Immediately prior to applying for the position, Turanski was working for AmeriCorps as program director of a division called Maine RecoveryCorps. In this position, she worked with people in recovery or struggling with addiction.

Turanski was based in Ellsworth, but worked across eight counties in Maine, traveling frequently.

Turanski said she deeply identifies with the open mission and welcoming atmosphere of The Carpenter’s Boat Shop. She holds a bachelor’s degree in fine art and a master’s in comparative world religion.

“While this place has its roots in Christianity, it has kind of moved away from Christianity. People are hungry for meaning in the world. While they may be moving away from traditional religious groups, they’re still wanting to own a spiritual aspect of their life,” Turanski said.

She is also a painter and jeweler and has her own website with jewelry for sale: soniaturanski.com. 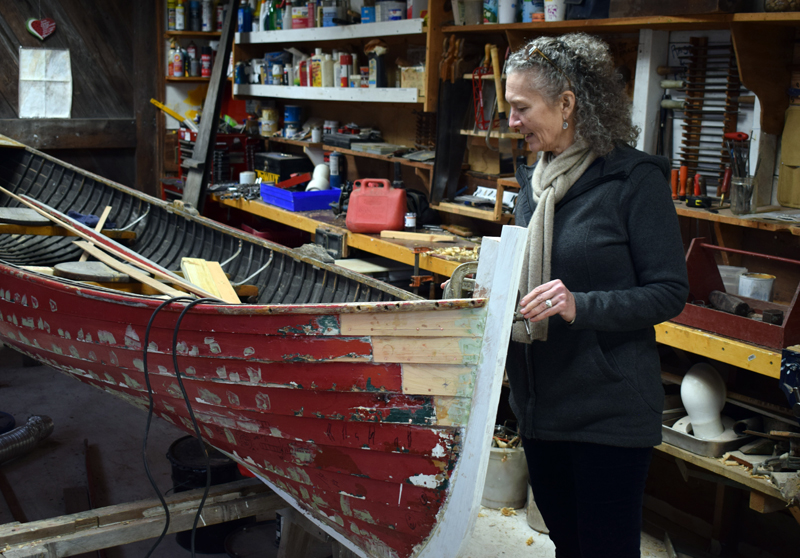 Sonia Turanski, the new executive director at The Carpenter’s Boat Shop, inspects a project in the restoration shop. The apprentices at the boat shop learn to build new boats as well as to restore older vessels. (Evan Houk photo)

Turanski has been exposed to the crafting of small, traditional wooden boats like dories and skiffs over the past 30 years through the work of her ex-husband.

“I know my way around a shop pretty well,” she said.

“The craft aspect, the spiritual aspect, the leadership aspect, all of those reasons are reasons it was a good fit for me to come,” Turanski said of her new position.

Turanski said her first interview was a day and a half long and consisted of talking with a search committee, the apprentices, and community members who happened to attend the daily community tea break from 10-10:20 a.m.

“I really felt like I was interviewed by 100 people. … It was really meaningful to see how important the boat shop was to so many people,” Turanski said.

Ever since, she has felt the warmth of the community. In her first month, she has already attended a number of dinners at local residents’ homes.

In her spare time, Turanski enjoys kayaking, walking her two dogs, playing pool, and painting. She used to sing in a jazz and blues band and is currently teaching herself the ukulele.

Turanski knows she has a big job ahead of her, but welcomes the challenge. She is committed to learning as much about the history of The Carpenter’s Boat Shop as possible in order to shape a new identity going into the future.

“Every step of the way involves a reimagining of how to reconcile the past and the traditions of the boat shop with the future,” Turanski said.