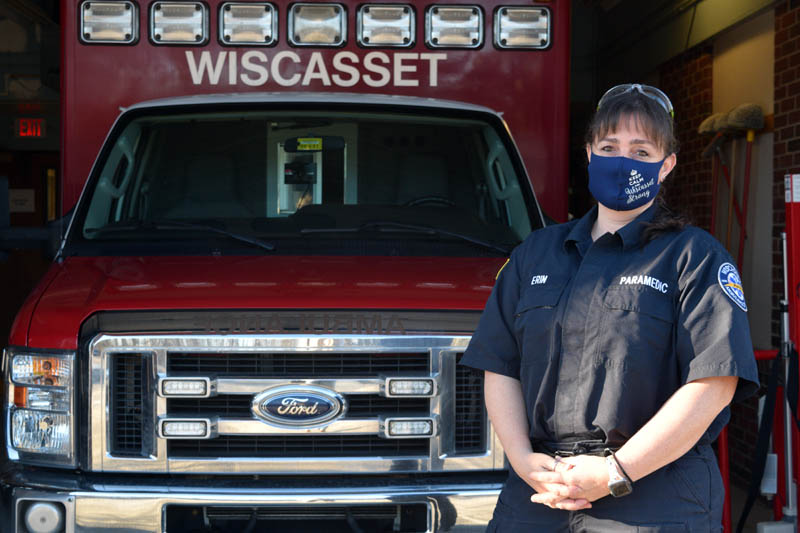 The new director of the Wiscasset Ambulance Service says she will “lead from the front” by continuing to spend much of her time in an ambulance, responding to emergencies.

Erin Bean joined the Wiscasset Ambulance Service as deputy director in summer 2019. She served as interim director from July 2020, when then-Director Dennis Simmons became town manager, until her appointment as director Feb. 2.

Bean has been an emergency medical technician for 21 years. The career was a natural choice, although not her first. Her mother worked as an emergency room nurse at Mid Coast Hospital in Brunswick and her father as a paramedic and firefighter for the city of Brunswick.

After graduating from Brunswick High School, Bean became a licensed cosmetologist, but quickly realized it wasn’t for her. She got a job as a certified nursing assistant in 1999 and learned that she loved the medical field, but didn’t want to be inside a hospital all day.

The same year, she started working as an EMT in Durham, and she has worked as a full-time EMT ever since. She spent 14 years with Northeast Mobile Health Services and about six at the Central Lincoln County Ambulance Service before coming to Wiscasset.

“Every call is different,” Bean said. “It’s not the same thing every day.”

As director, Bean has new responsibilities, like creating a budget, but she still tries to be in an ambulance as often as she can.

“Leadership is one of those things where you can choose to do it from behind the desk or not,” Bean said. “I find it really important to lead from the front, because my best leaders are the ones who are also in the trenches.”

One of her goals as director is to make her staff feel appreciated. She said that CLC Ambulance felt like home when she was there, and she wants Wiscasset Ambulance to feel like home too. “Working somewhere where you’re a dime a dozen doesn’t feel very nice,” she said.

Outside of work, Bean loves to spend time with her children and grandchildren, and work on her home in Dresden with her husband.