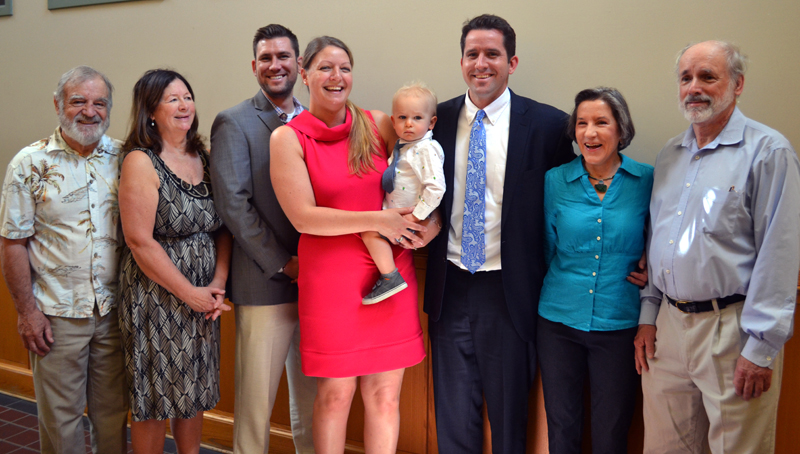 The courtroom at West Bath District Court was full Friday, May 19 with family, friends, and colleagues who turned out to watch Jonathan Liberman take the oath of office as the district attorney for Knox, Lincoln, Sagadahoc, and Waldo counties.

Liberman, R-West Bath, is the district’s first new DA since Geoffrey Rushlau was appointed to the position in 1993. Rushlau retained the position through six consecutive elections. Gov. Paul LePage appointed Liberman to fill the position after Rushlau’s confirmation as a Maine District Court judge.

Staff from the district attorney’s offices in all four counties were on hand as Sagadahoc County Clerk of Courts Anita Alexander swore Liberman in to his new role in Prosecutorial District 6. 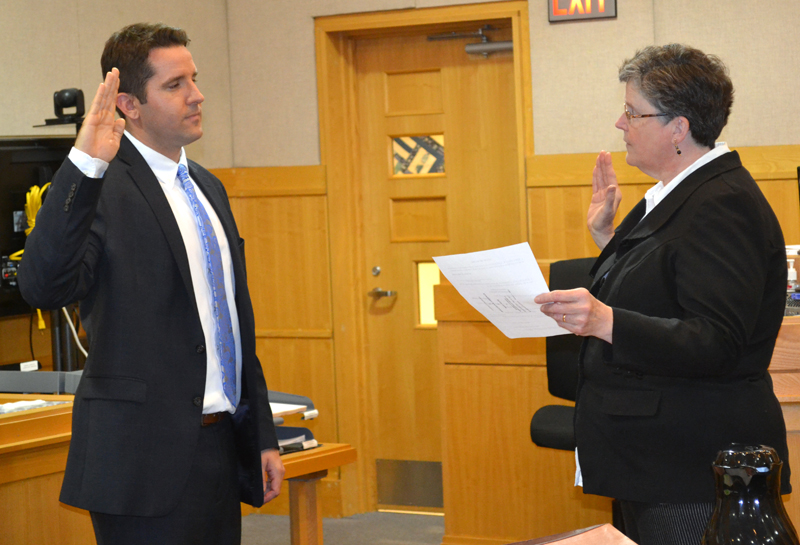 Liberman has worked for the district since 2011, when he launched his career as a full-time prosecutor, first as an assistant district attorney, then as deputy district attorney from last year until his appointment as DA.

“Thank you, everyone who came today,” Liberman said. “It means a lot to see you here.”

Like most things in life, the work of the district attorney’s office is “a team effort,” Liberman said.

The day his son was born was the happiest day of his life, Liberman said, and he thanked his wife, Erin Connolly. “Without the support of family, it would be tough to get anything done,” Liberman said.

Liberman also had many people to thank in his professional life, including law enforcement, court staff, and the staff and assistant district attorneys of the DA’s office. The DA may get all the glory when a case is successful, “but it’s a team effort,” he said.

Since he began work as a student attorney in the Cumberland County District Attorney’s Office, “I knew this job is what I was put here to do,” Liberman said. “It is the greatest job on Earth.”

Filling Rushlau’s shoes will be a difficult task, “but I’m optimistic because of the good people working in District 6,” Liberman said.

“I look forward to my new role, and I appreciate all the support,” Liberman said.

Liberman will run for election to the position in November 2018, he said.