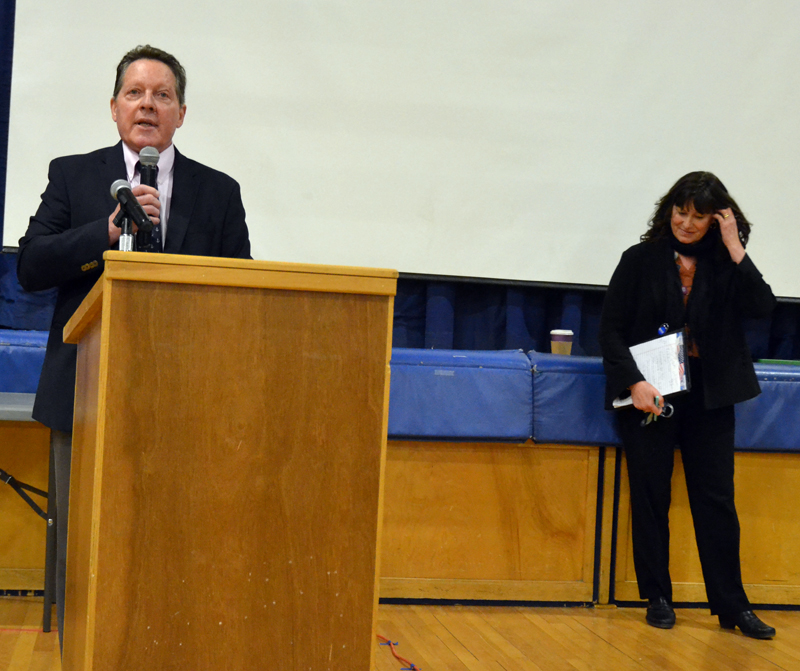 Maine Commissioner of Education Pender Makin kicked off a recent AOS 93 professional development day with reflections on her transition into the Maine Department of Education and remarks about the department’s focus for the future.

Faculty and staff from Lincoln Academy were also in attendance for Makin’s remarks at Great Salt Bay Community School in Damariscotta the morning of Friday, March 15.

Gov. Janet Mills nominated Makin, then assistant superintendent of schools in Brunswick, to serve as commissioner of the Maine Department of Education in December. She was confirmed by the Maine Senate in February.

The Maine Principals’ Association named Makin Principal of the Year in 2013. At the time, she was principal of the Regional Educational Alternative Learning School in Falmouth.

Makin compared the learning curve of her new job to “swimming upstream in an avalanche.” Her nomination for the job came as a surprise, she said, and she was candid in interviews with the hiring committee and the governor.

“I figured there was no chance I would be commissioner, so I used the opportunity to let them know what some of the urgent issues are facing public education,” Makin said. 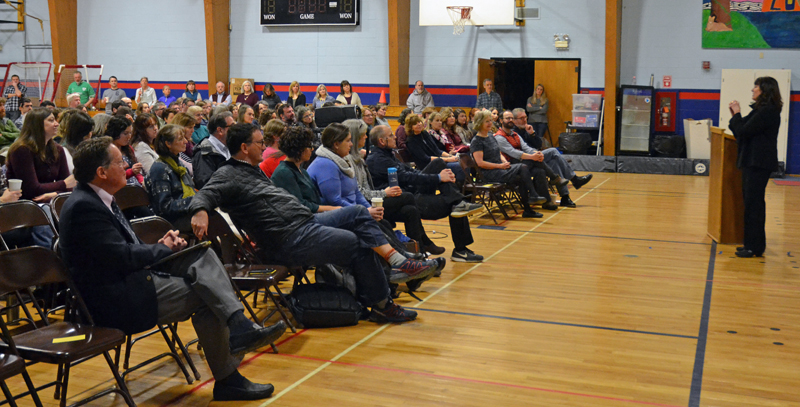 Makin focused part of her remarks on what she described as a need to rebuild teachers’ trust in the department. She said a culture of “carrots and sticks” applied to education and education leaders over the past few decades is a terrible mistake.

“We need to re-engage with you as providers of resources, information, and guidance, and not as providers of handed-down mandates,” Makin said. “That’s the old way, and we’re trying to change that.”

“I’m committed to having a wide-open, inclusive process for developing rules so we can make sure that the most amount of professional decision-making stays with the people who will be implementing those decisions,” Makin said.

The department’s other strategy is to place more trust in educators, Makin said. With the new legislative session underway, Makin said some bills would introduce new mandates. 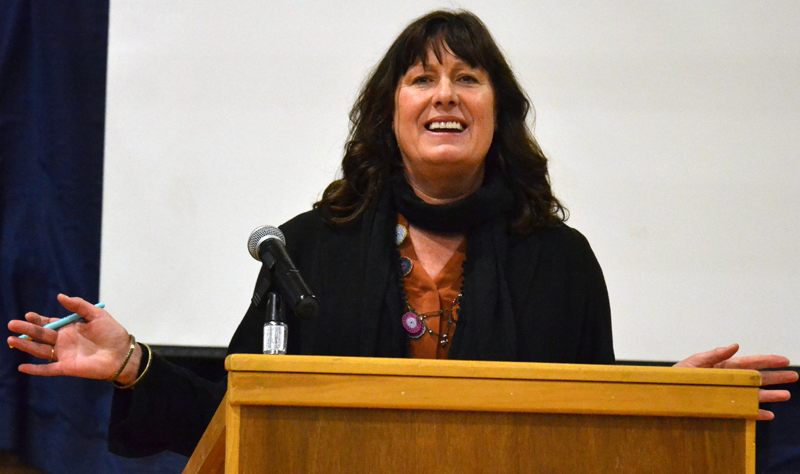 “We want to let the dust settle; let the educators and school leaders take stock of what they’re currently doing that’s awesome and what’s exhausting, redundant, or unhelpful; and have them tell us what’s working and what’s not,” Makin said. “We’re going to listen to experts in the field rather than taking stuff that’s prepackaged by someone who’s not an expert and hand it down to you.”

Makin said public education is the target of exploitation by organizations and businesses that develop and sell items such as consulting services, software, curriculum, and assessment methods.

“All of those giant money things depend on the perpetuated message that you are not doing your jobs very well, when actually you’re successful beyond measure, you’re completing miracles every single day,” Makin said. “What our public educators are doing, you should not, by any prediction, be able to do, but you’re pulling it off with limited resources, students with increasing needs, as well as increasing demands from society.”

“You’re knocking it out of the park, and that’s the hidden message we’re going to uncover under this administration,” Makin said.

In her closing remarks, Makin called on teachers to develop a 90-second elevator pitch about why they are passionate about their jobs in an effort to help reinvigorate people’s understanding of public education.

“You are the best advertisement and best inoculation we can have as a society against these concerted efforts to take down public education, and we need your help,” Makin said.