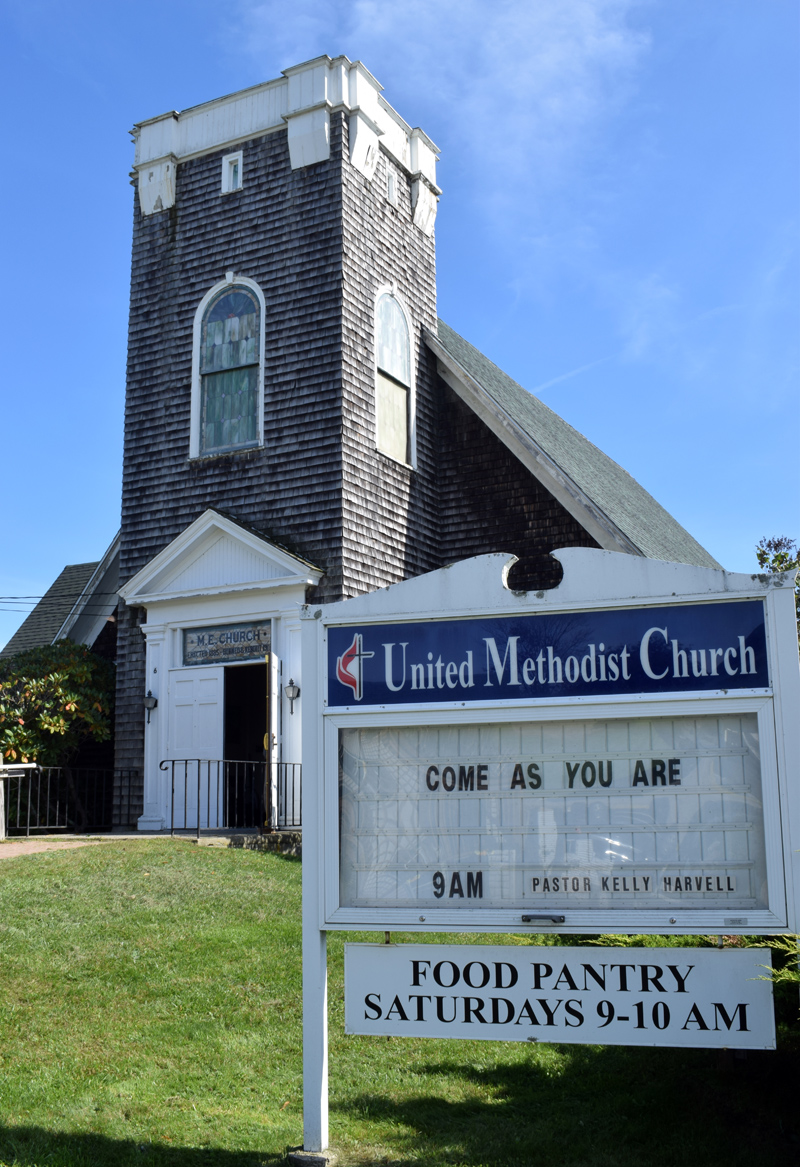 The New Harbor United Methodist Church, sans bell tower, on Monday, Oct. 4. The bell tower was removed in 2016 and the church is restarting a capital campaign to install a new closed tower and make other improvements to the 1911 building. (Evan Houk photo)

The New Harbor United Methodist Church, at 8 Southside Road on New Harbor Hill, is restarting a capital campaign for a new bell tower and other improvements to the building.

“We like to call this church more than just a church for a small congregation. It is a community center, it’s an icon in the town,” Michael Hope, treasurer and member of the church’s board of trustees, said during an interview on Monday, Oct. 4.

A letter to local residents states a goal of $300,000 for a new closed bell tower, new shingles for the sidewalls, new trim, new north side roof, the reframing and protection of the stained glass windows, and new lower level windows.

However, the church’s capital campaign committee stressed that the main focus of the fundraising is for the new bell tower to restore the New Harbor beacon on top of the church.

“It’s still a beacon for people, I think, and something people look for when they drive into town,” capital campaign committee member Kay Hannah said.

“If you think about Monhegan, that’s what we are going to look like,” Margo Hope, chair of the church’s administrative council said, referencing the Monhegan Community Church on Monhegan Island. “There’s so much wind up there and it’s constant sleet, rain, and snow in the tower.”

Pastor Kelly Harvell said that installing another open tower simply is not feasible from a maintenance perspective.

The open tower and 1,000-lb bell was removed in 2016 because of safety concerns. The committee members said the scuppers, which are supposed to allow water to drain out, were not doing their jobs, and the tower was plagued with water damage.

Harvell said that of the eight posts supporting the tower, three were totally rotted out and five were damaged significantly.

A kiddie pool was installed in the tower to collect water and might have given it a few extra years of life. Michael Hope used to climb a series of steep ladders to empty it and perform maintenance on the tower.

Michael Hope said that kids used to like to shoot rifles at the bell tower.

“There were eight or 10 bullet holes in the copper dome and they sometimes hit the tower,” he said.

Margo Hope said that the church is a Craftsman-style building that had the copper-domed open bell tower installed when it was built in 1911, after it was donated by two architect brothers from Springfield, Mass. 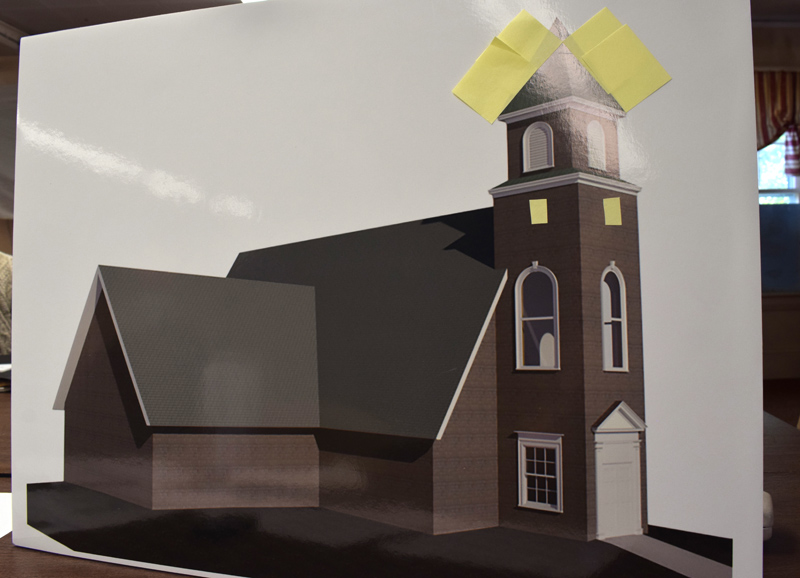 An architectural rendering shows the design for a new closed bell tower on the New Harbor United Methodist Church. The image will be installed in front of the church as part of a renewed capital campaign to raise approximately $300,000 for the new tower and other improvements to the 1911 building. (Evan Houk photo)

She said it is not practical for a coastal town like New Harbor, which sees heavy storms and wind.

The new tower will be constructed using Azek composite building materials that are made from engineered polymers with moisture resistant performance, according to the Azek Exteriors website.

After numerous studies, engineering reports, and meetings, the church decided to move forward with the closed tower design, which is actually similar to the tower on the original church building that burned down.

After the original church burnt, a new church was constructed in 1911 with the open bell tower and copper dome.

The church is a designated warming center and hosts an impressive food pantry, supported by three freezers, two ranges, and a refrigerator. Recently, a new generator was installed that will keep the facilities powered in the event of an outage or storm event. 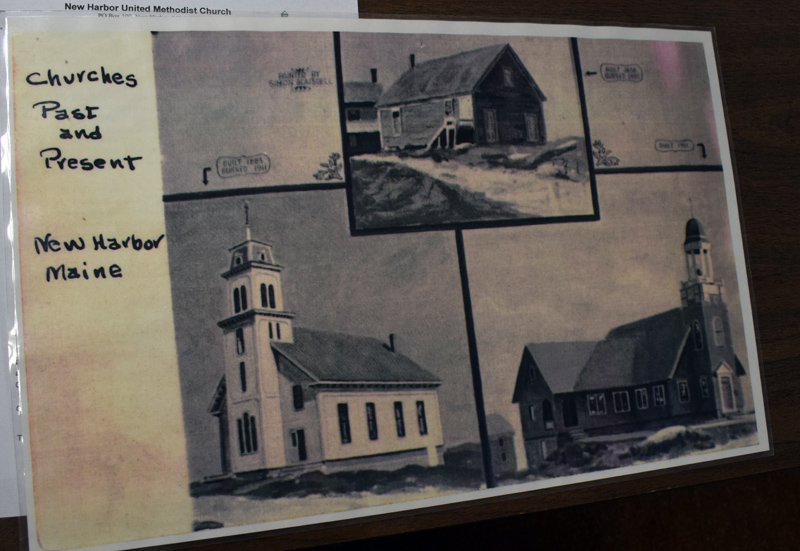 “Our kitchen is probably the most spectacular food pantry in the state,” Margo Hope said.

The committee believes the church is not only important to the congregation, but to the larger community, as well.

“The church on New Harbor hill means as much to me today as it did when I was a child going to Sunday school, as a teen singing in the choir, and most of all, our wedding in the Church on the Hill 59 years ago,” New Harbor resident Jeri Pendleton said.

The Rev. Bobby Ives expressed his support for the church in an email statement.

“Although my ministry began on Monhegan Island and then on Louds/Muscongus Island, no church was more loving or encouraging of Ruth and me than the little New Harbor and Round Pond churches,” Ives said by email.

“They made us feel so much at home that we decided to settle here, where I remain to this day forever grateful for all that they shared with us.”

The New Harbor United Methodist Church previously held a series of concerts in 2018 and has raised approximately $45,000 towards its $300,000 goal.

A sign showing a rendering of the proposed closed bell tower and a fundraising tracker will be installed in front of the church in the coming week.