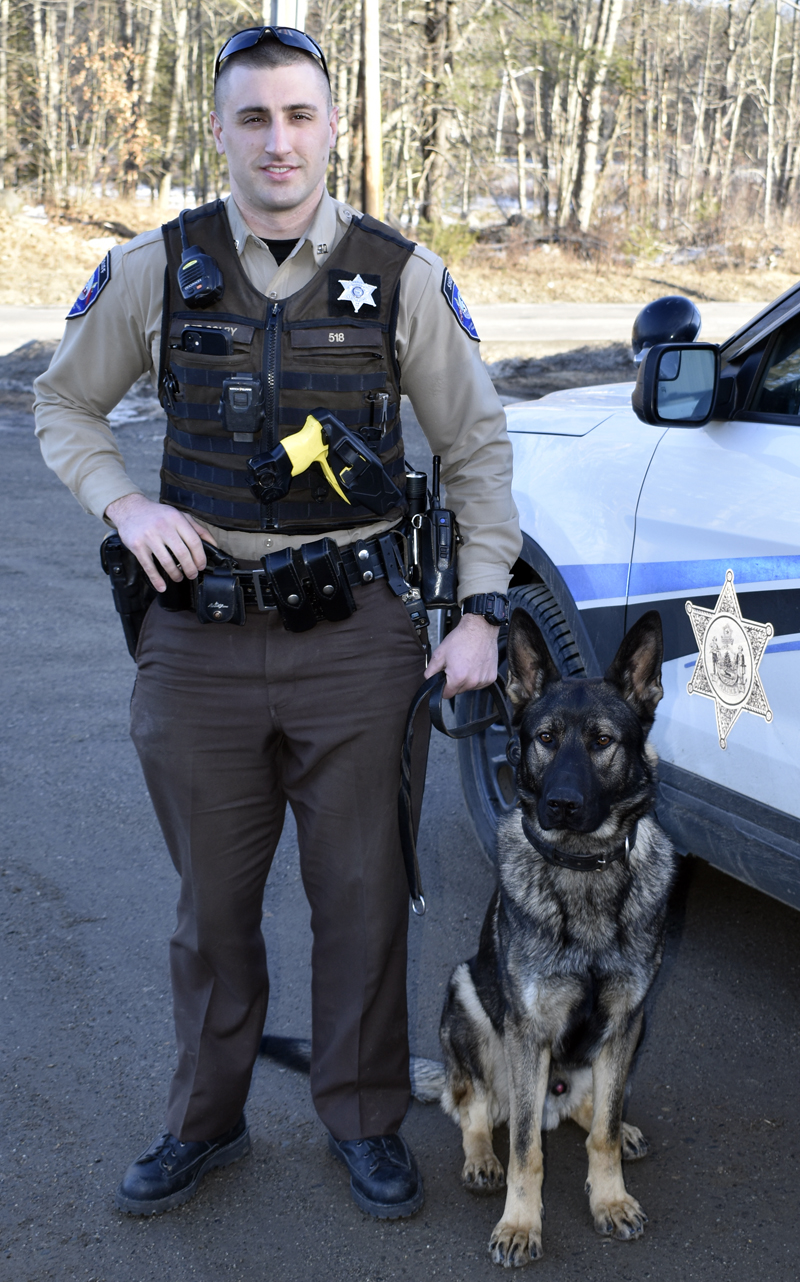 As of Feb. 1, Lincoln County has a K-9 team of its own for the first time in six months.

Lincoln County Sheriff’s Deputy Jonathan Colby and Bear make up the team. Colby joined the sheriff’s office in 2016 and was the agency’s 2019 Deputy of the Year.

Colby had Labs growing up and “always had an interest in dogs,” he said, though he did not set out to become a K-9 handler. But when the opportunity presented itself, “I thought it would be a heck of an experience,” he said.

Bear, meanwhile, comes from the Czech Republic. He is a Czech German shepherd, which Colby described as a working-class version bred for use in law enforcement and the military.

In September 2020, Colby, along with veteran LCSO K-9 handlers Sgt. Alan Shea and Sgt. Kevin Dennison and a K-9 trainer from the Scarborough Police Department, traveled to Connecticut to pick the agency’s next K-9 from a service there.

The group looked at 10 or more dogs before picking Bear. Colby chose the name. “I’ve always wanted a dog named Bear,” he said, and the name fits because of the dog’s size.

“That day we selected him, purchased him, brought him back, and the fun began,” Colby said.

Bear was a “green” dog, which means he arrived in Maine with no training for law enforcement. He is now about 14 months old.

Since mid-September, Colby and Bear have trained with Law Enforcement Dogs of Maine. The group includes about 30 K-9 teams, each consisting of a handler and a dog.

The teams gather to train once a week, and will continue to do so throughout Bear’s career.

In training, the dogs learn how to follow basic commands and master job-specific skills like article searches, tracking, and apprehension.

Colby gives Bear commands in Czech. “Sedni” means sit, “zustan” means stay. He says “knoze” when he wants Bear to heel, “pust” when he wants him to let go of whatever he might have in his mouth.

Colby and Bear earned their patrol certification Feb. 1 and are ready to respond to calls.

Eventually, they will start work toward narcotics certification. But most of the time, Bear will work as a tracking dog.

On any day, he might track a suspect fleeing a crime scene; search for a person lost in the woods; or hunt for discarded evidence, like a gun or knife.

Bear lives with Colby. “He’s a member of the family now,” Colby said. Bear accompanies Colby on patrol and the pair trains on their own seven days a week. After his career, Bear will continue to live with Colby in retirement. 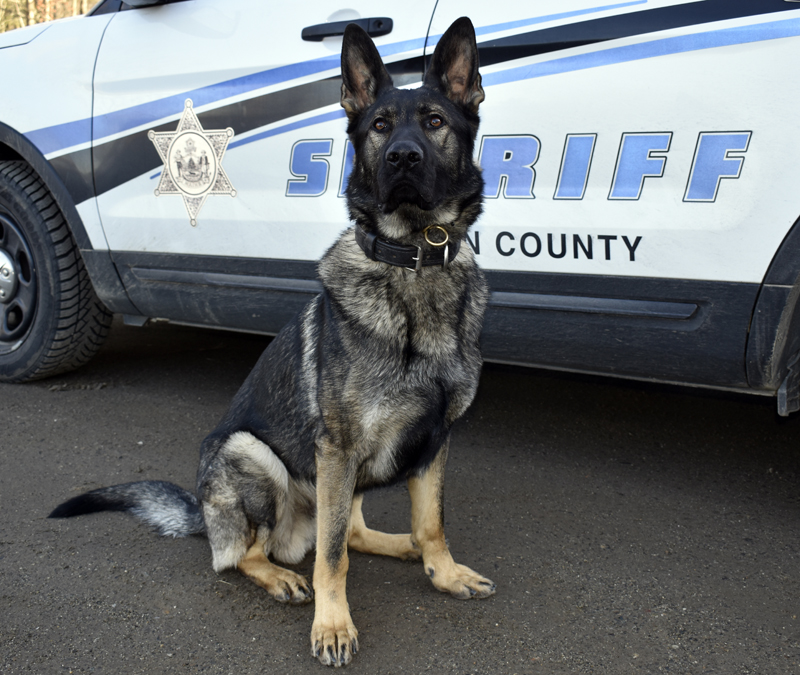 Bear, a Czech German shepherd, is the new K-9 on patrol for the Lincoln County Sheriff’s Office. (J.W. Oliver photo)

In some ways, Bear is like any dog. He likes to play fetch. “He has a lot of energy — a ton of energy,” Colby said.

He has personal conflicts with other household animals. “He loves the cat. The cat hates him,” Colby said.

In other ways, Bear is different.

“Bear is a very friendly dog,” Colby said, but because of his bite training, Colby keeps him in a kennel or close at hand when he has guests.

“He’s not necessarily a pet,” Colby said. “He’s a working dog. He’s bred for a purpose. He has a strong drive.”

Colby and Bear are waiting for their first K-9 call — but their availability will make a difference when it comes.

“Time is your enemy” when it comes to scent, Colby said. The chances of success with a track or an article search diminish with time, and it can take more than an hour to bring in a K-9 team from outside the county.

Colby and Bear live here, so even when off-duty, they can respond more quickly under most circumstances. Moreover, it brings “a lot of pride to utilize your own tools — to be self-sufficient,” Colby said.