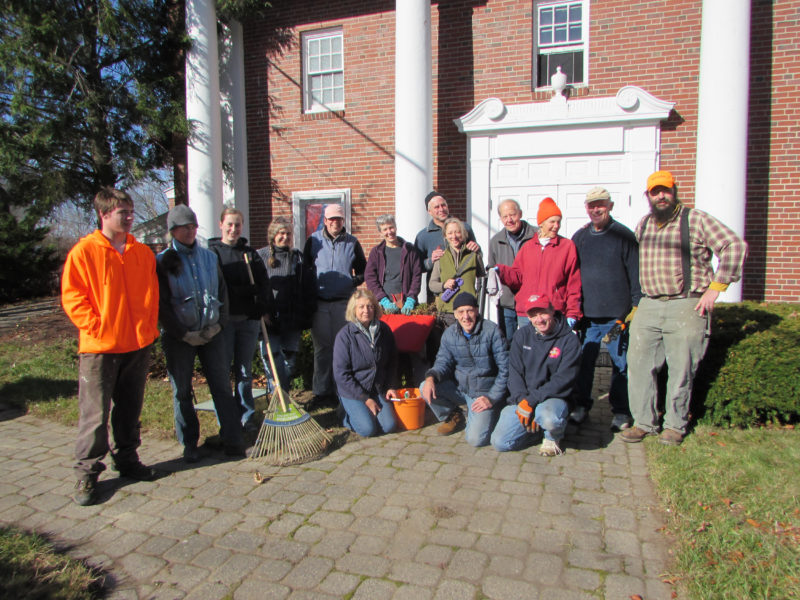 Volunteers pose for a photo after a work day at the Waldo Theatre on Nov. 6. (Photo courtesy Melissa Smith)

A new board of directors at the Waldo Theatre in downtown Waldoboro is working to reopen the historic building to the community after a years-long closure.

“We feel it can be a cultural cornerstone in the community,” acting President Melissa Smith said.

The Waldo Theatre opened in 1937 as a movie theater. The art deco-style building is a prominent feature of the downtown and, in more recent years, was known for its live  productions.

Smith said key starting points for the board include developing a strategic plan and conducting an assessment of the historic structure. She said the board has a draft outline of a three-year strategic plan.

Smith said the strategic plan, when final, will address how to raise funds for necessary renovations and will establish a time frame for reopening the theater.

She described the building assessment as a critical step to determine the building’s needs.

“We are trying to figure out exactly what in the building needs to be addressed,” Smith said.

Board member Janet McMahon said the group is gathering estimates for renovations, including for remediation of mold damage.

Smith and McMahon stressed the need for board members and volunteers to lend their time and expertise to the ongoing project.

“We are looking for a committed group that wants to work to get the theater open again. It’s going to take a good year-plus to raise money and bring it back,” McMahon said. 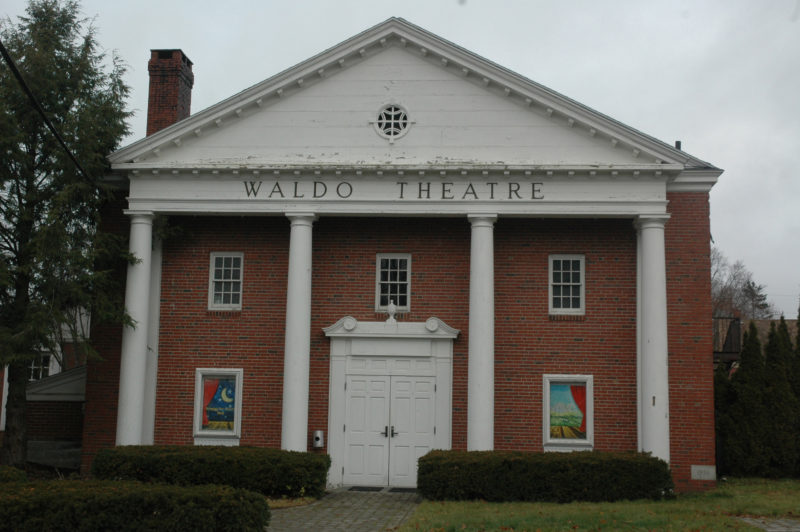 The Waldo Theatre Board of Directors will hold a fundraiser and send out an annual appeal in the weeks ahead as it works to reopen the historic venue in downtown Waldoboro. (Alexander Violo photo)

McMahon said she has been encouraged by the positive feedback she has received from the community.

“We are starting small, but everyone we run into has a story to tell about this place. Everyone wants to see it open again,” McMahon said.

The board members have no illusions that the process to reopen the theater will take time and money. The board is focused on establishing multiple streams of revenue to reach this goal.

Smith said the board is trying to arrange one event per quarter to benefit the theater and keep efforts to reopen the building at the forefront of the community.

“It’s a way to say thanks for sticking with us and to raise awareness about the theater,” Smith said.

One such effort, a holiday jazz concert to benefit the ongoing renovations at the theater, will take place at The Broad Bay Congregational United Church of Christ, 941 Main St.,  Waldoboro, at 6 p.m., Saturday, Dec. 10.

According to Smith, the concert will feature Mondaynite Jazz Orchestra, an 18-piece, Midcoast-based big band playing traditional and modern jazz, in addition to a variety of other styles. The show is open to all ages. There will be a reception after the concert.

Smith said Mondaynite Jazz Orchestra has performed at the Waldo in the past.

“It’s really cool to bring back something that happened in previous years,” Smith said.

McMahon said the board also plans to send out its first annual appeal soon.

Smith said the board is trying to establish two funding streams to support the theater: one to cover maintenance and monthly expenses, and one to pay off debt.

Smith said in September and October the lobby of the building was cleaned out and the theater participated in town art walks, bringing roughly 30-40 people inside. 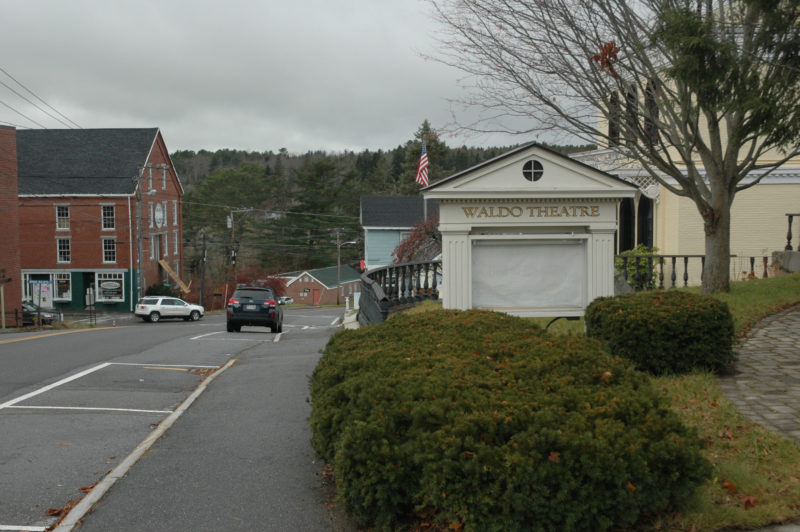 The Waldo Theatre, a 1930s art deco-style structure, sits in the heart of Waldoboro’s village. The board members behind an effort to reopen the theater believe it could be a “cultural cornerstone in the community.” (Alexander Violo photo)

“People were excited to just walk through the front door. It helped us get the word out about what we are doing,” Smith said.

Volunteers cleaned out portions of the theater during a work day Sunday, Nov. 6.

The theater’s former board of directors resigned in July and the transition began to the theater’s current board.

Smith said in meeting with community members, an emphasis has been placed on better communication to keep residents up to date on the board’s efforts.

“It’s not only about raising money but reviving the theater. We want to build up the community so we have a support system behind us,” McMahon said.

The Waldo Theatre is a 501(c)(3) nonprofit. The board meets at 6:30 p.m. on the third Wednesday of the month and all meetings are open to the public. Locations of the meetings during the winter are to be determined.