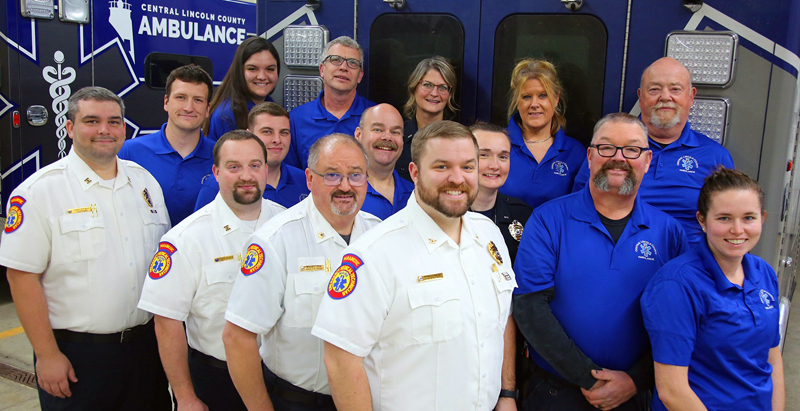 The Central Lincoln County Ambulance Service is fundraising for new equipment to lift patients on stretchers into and out of an ambulance that is safer for both emergency first responders and patients.

Stretchers would attach to the lift on the back of the ambulance before lifting the patient, putting the weight on the vehicle instead of emergency medical service staff. The new equipment would cost the agency about $77,000 to purchase and install.

CLC Ambulance responds to about 2,500 calls each year, creating 5,000 potential opportunities for lifting patients in and out of the ambulance for transport to the hospital, service director Nick Bryant said.

EMS workers experience injuries at a higher rate than other professions, and a major source of those injuries is continuous lifting, carrying, or transferring of patients at the time of their injury, according to the National Institute for Occupational Safety and Health.

“If anyone says they’ve never had a sore back in this career, they’d be lying to you,” Waldoboro Emergency Medical Services Director Derek Booker said.

Incorporating the lift equipment into the CLC Ambulance Service could prolong the career of some EMS workers by preserving and protecting their backs and cutting down the amount of heavy lifting, Booker said. He’s been working in EMS for 12 years, and has “felt the effects of long-term lifting.”

EMS workers go through rigorous training on how to lift patients before they are certified, and CLC Ambulance has never dropped a patient, Bryant said, but the lift equipment would give workers the option of staying on longer than they might if their backs were under consistent strain from lifting patients into an ambulance in addition to onto the stretcher.

“There is very minimal risk of dropping a patient, but the lift equipment removes all the risk,” Bryant said.

The lift is becoming a standard of care in most professional ambulance transport services, and the call volume CLC Ambulance receives has been gradually going up over the past decade, with totals as high as 3,100 calls in recent years, or about 500 more calls than 2010.

Maintaining EMS workers has become increasingly important in recent years. Lincoln County’s four ambulance services met in September to plan a regional approach to the staffing crisis they are facing due to low pay.

EMS departments are not funded by state or federal money, and rely on the communities they serve to pay their operating expenses. Bills for the towns CLC Ambulance assists will go up 100% over the next year to fund pay increases to maintain the staff necessary, according to Bryant.

CLC Ambulance sends out an appeal letter every fall to raise money for equipment that is safety-oriented for both patients and EMS workers, instead of incorporating the cost into taxes for the towns served by the agency.

“It’s not something where we are going to go out of business if we don’t have one,” Bryant said, so if the agency does not raise enough funding they will carry the appeal into next year, as well.