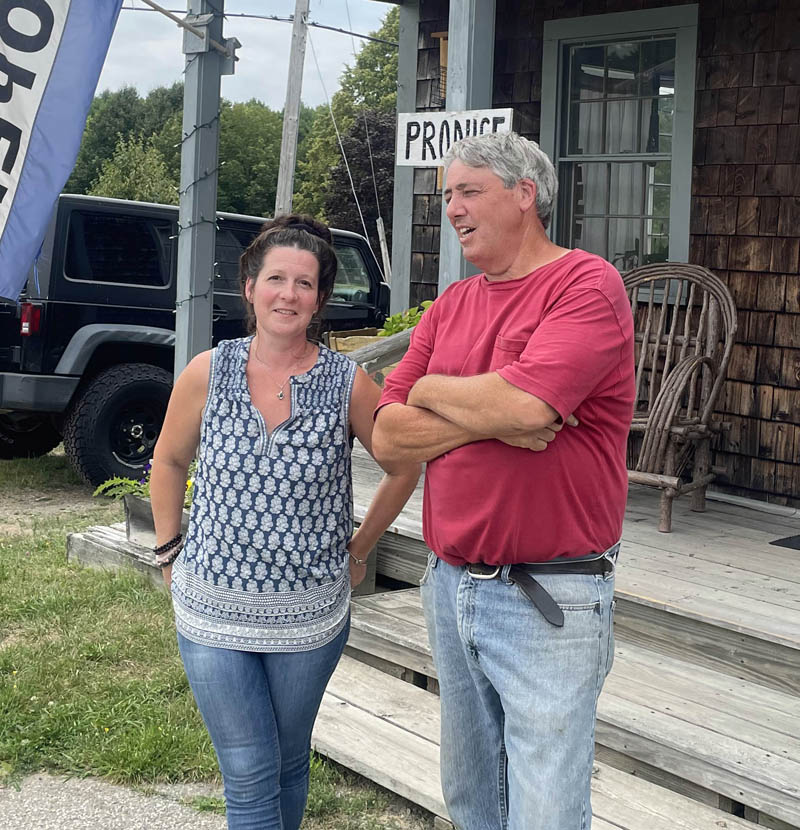 Facing with the very real possibility of running out of money, a reshuffling of the Morris Farm Trust Board of Trustees and a refinancing of the trust’s debt could herald a new lease on life for the 27-year-old nonprofit.

At the conclusion of the board’s meeting on Tuesday, Aug. 30, President David Landmann and trustee E. Davies Allan both submitted their resignations. The board subsequently elected Bruce Hartford, of Edgecomb, to the president’s chair.

Landmann, of Windsor, said he stepped down now because the time was right for him to do so. He served on the board for roughly six years, including one as the board president.

“I had been with the board for so long and for so many years it was easy for me to recognize why Bruce would be a much better president for the board than I was,” Landmann said.

“They are a wonderful group of people over there,” he said. “They work really, really hard, and I wish them all the best. I really do.”

E. Davies Allan, a Westport Island resident, could not be reached for comment by press time.

According to Hartford, the new board’s first order of business is to address the precarious financial situation the Morris Farm Trust is currently in. To that end, the board is in negotiations with the First National Bank to consolidate the Morris Farm’s existing mortgage and line of credit into something like a construction loan, Hartford said.

Hartford expressed a positive opinion of the ongoing negotiations and confidence an agreement will be reached. An agreement is absolutely necessary because the farm is essentially at make or break point, Hartford said. When the trustees last convened Tuesday, Aug. 30, the end of operations was an agenda item.

“Without this loan, we were scheduled to shut down Oct. 1,” Hartford said. “That was on the agenda. This is it.”

Hartford said the impact of the COVID-19 pandemic in 2020 and the slow recovery since combined to dramatically curtail the programs and fundraising efforts that contribute to the farm’s revenue stream.

Primarily as a result of circumstances the trustees have had to repeatedly tap the Morris Farm Trust’s endowment to keep the doors open. Hartford said one objective is to build the endowment back up to pre-pandemic levels.

“The endowment is a perilously low number,” he said.

Hartford said the loan creates some operating capital, which will be used to fund vital maintenance needs and facility improvements, which supports the trust’s education and community programs, the successful operation of which should help recruit more volunteers. At the same time, the trustees plan to develop a new capital campaign and a membership drive, Hartford said.

Nonprofit, Hartford said, does not mean no-profit. The farm requires approximately $8,000 a month to operate, including utilities, payroll, and insurance. Farm store manager Krissey Regan is currently the only full-time staff person.

“The store is saving us, on its own, right now,” Hartford said. “It costs us money to feed animals, heat the building, pay for electricity, the ordinary things: just mowing the lawn. Insurance is huge.”

In the event the trust ever does cease operations, it would have to be transferred to another nonprofit in some fashion, Hartford said, as dictated in the trust’s bylaws. The farm’s education and agricultural programs would not be the community’s only loss in the event the Morris Farm closes, Hartford said.

“We also have a 24/7 food pantry on site,” he said. “We can’t even keep it stocked. People are in there. They wipe us out within hours of a delivery. The last week of the month on a Thursday and Friday, we might get 15, 18 cars in there. Our mission is to share some of our stuff so we put some of our own products in there. That’s another thing that would have to go.”

Wiscasset resident Steve Jarrett has since agreed to serve on the board, joining fellow trustees Hartford, Lori Ann Bryant, and Madelyn Hennessey. Hartford said the board hopes to expand to eight members or more in the immediate future.

Founded in 1995, the Morris Farm Trust is a 501(c)(3) nonprofit dedicated to teaching, promoting, and supporting sustainable agriculture, environmental, and nutrition concepts. Throughout its history, the farm has offered programs and educational opportunities for children and adults.

The Morris Farm is located at 156 Gardiner Road, Wiscasset. For more information, call 882-4080, email info@morrisfarm.org, or go to morrisfarm.org.