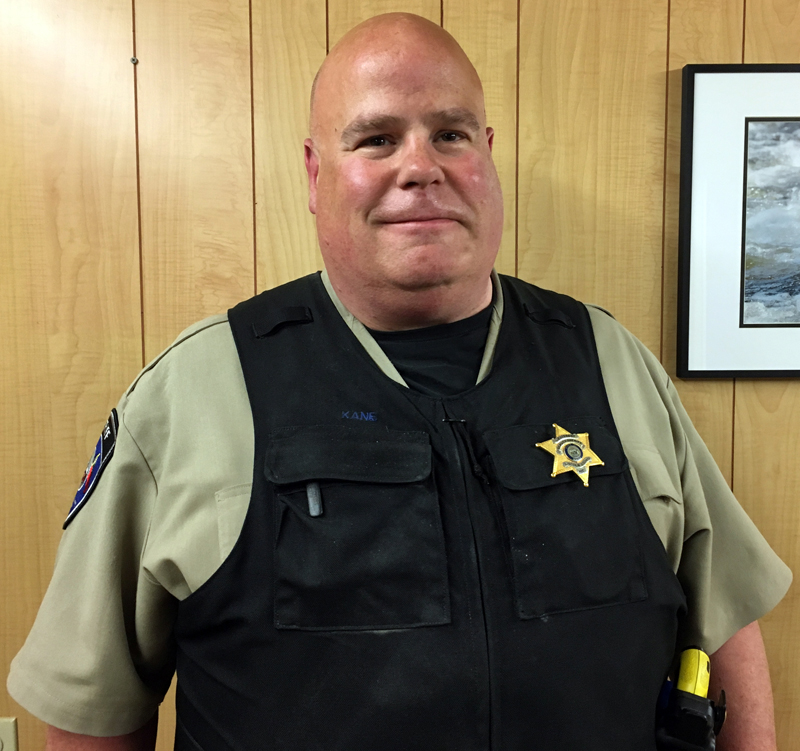 The new head of the patrol division at the Lincoln County Sheriff’s Office is a 25-year veteran of the agency.

Lt. Brendan Kane started work in his new position May 20. Kane replaces Rand Maker, who was promoted to chief deputy in February.

Kane, 48, of Boothbay, is a 1988 graduate of Boothbay Region High School and a veteran of the U.S. Army Reserve. He has spent his entire law enforcement career with the Lincoln County Sheriff’s Office.

Kane is originally from Maryland. His family moved to Boothbay Harbor when he was in junior high. After high school, he studied political science at Towson University, back in Maryland, before changing course to work in law enforcement.

He was an infantryman in the Army Reserve from 1990-1995 and served with a few reservists who were police officers in Maryland. His conversations with those officers sparked his interest in law enforcement.

He returned to Maine and started work at the Lincoln County Sheriff’s Office in late 1991 or early 1992. He worked as a deputy for about a decade until his promotion to patrol sergeant around 2002.

Kane is a firearms instructor and leads trainings for both the sheriff’s office and the Maine Criminal Justice Academy in field sobriety tests and use of force, among other subjects.

His new position as the head of the patrol division will involve the management of day-to-day patrol operations. He will make sure deputies have the proper training and equipment, respond to events as necessary, and implement the policies the sheriff and chief deputy establish for the agency.

“It’s the best job in the world,” he said. “To be able to help people, to be able to have an effect – we’re very fortunate to do what we do.”

As to why he has stayed in Lincoln County for so long, “We have a unique county,” he said. “We have coastal communities and we have inland communities that differ. We have an influx of summer visitors. It’s a very dynamic county and the changes here keep it fresh, even though it’s the same place. And it’s a beautiful place to live, a great place to raise your kids.”

Outside work, the father of two spends as much time as he can with his kids and with family and friends. He likes to go fishing and spend time on the water.

Sheriff Todd Brackett said the agency had two experienced and qualified candidates for the position.

Candidates go through a process that includes an oral board and a written test. The agency uses a numeric system to evaluate candidates’ performance in the process. Kane scored higher on the system and is “a good fit for the job,” Brackett said.

Kane has been the agency’s senior sergeant for some years and “easily connects with the citizens we serve … He has the respect of his peers and will do an outstanding job as patrol commander for us,” Brackett said.