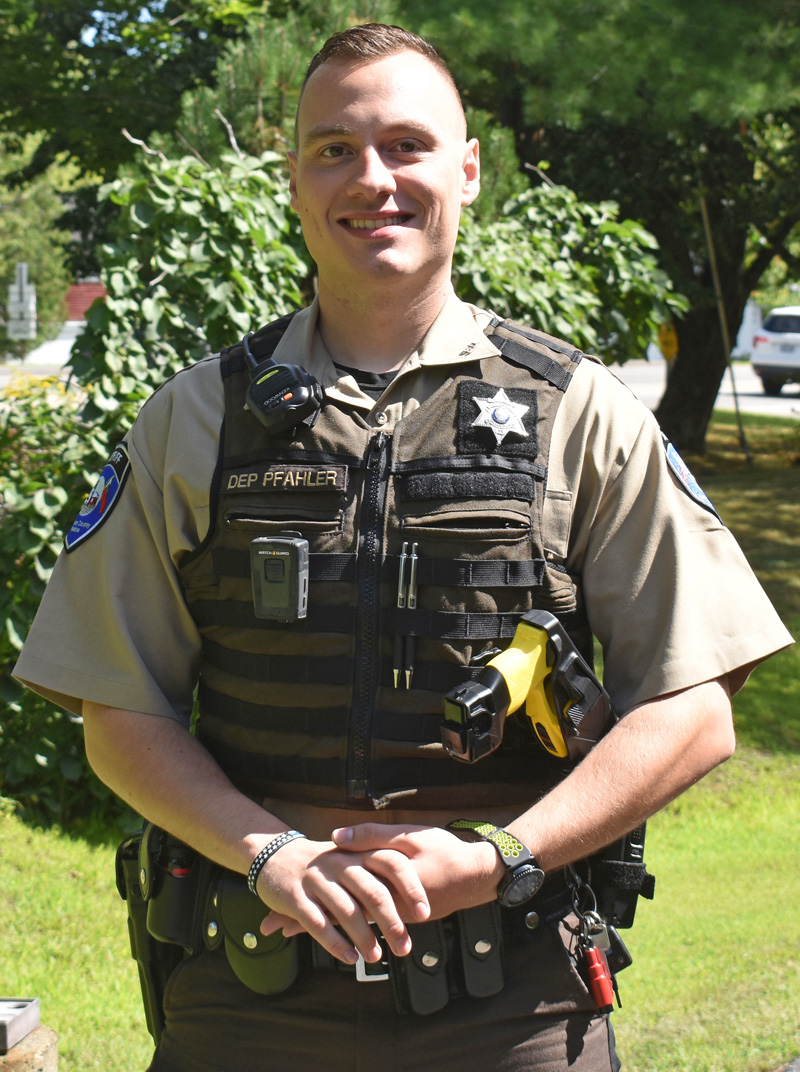 After a few months on patrol, Lincoln County Sheriff’s Deputy Sean Pfahler – a state-certified teacher – is beginning a new role as school resource officer at Lincoln Academy in Newcastle.

Pfahler, who was sworn in April 1, said he has enjoyed his time as a patrol deputy, but expressed excitement about entering the next stage of his career.

Originally from New Jersey, Pfahler moved to Maine and studied physics education at the University of Maine at Orono. In college, he worked as a part-time police officer to help pay the bills.

“Everybody needs money in college, and I loved it. I loved the adrenaline rush and loved doing something good for the community,” Pfahler said.

After college, his first full-time job was as an officer with the Lincoln Police Department in the Penobscot County town of Lincoln, where he worked for about a year.

He graduated from the Maine Criminal Justice Academy’s Basic Law Enforcement Training Program in December 2018. He soon relocated to Lincoln County, where his parents had moved.

“I love it here. There is a little more ground to cover than in a small town like Lincoln,” Pfahler said.

Pfahler said he has met many friendly people, and interacting with the public is one of his favorite parts of the job.

“I love working with the community in a positive manner, building relationships,” he said.

The most challenging part of the job has been getting to know the different parts of the county.

“It is important to know how to get from one place to another as fast as you can,” Pfahler said.

Now, he is excited by the opportunity to become the new school resource officer and put his education to use.

“I love working with kids and am looking forward to building good relationships with students,” Pfahler said.

A school resource officer performs all the functions of a law enforcement officer and also mentors and assists students, according to the sheriff’s office website.

Pfahler’s first day as school resource officer was Monday, Aug. 26. The first few days of the week were teacher workshop days, while the first day of school is Thursday, Aug. 29.

During summer vacation and school breaks, Pfahler will resume his duties as a patrol officer.

Pfahler is the fourth full-time school resource officer at Lincoln Academy, which contracts with the sheriff’s office to staff the position.

He takes over the role from Deputy Chad Gilbert, who worked at Lincoln Academy for two years. Before Gilbert, Mark Bridgham held the job for 13 years.

Pfahler said he wants to build on the solid foundation past officers have built at Lincoln Academy.

“I want to work hard to keep building it up. I want it to skyrocket,” he said.