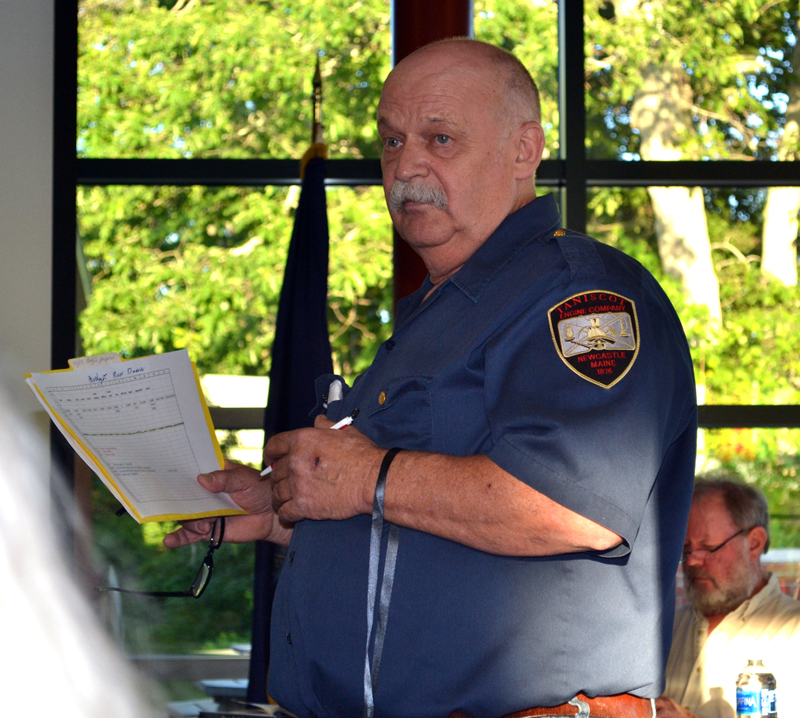 An attempt to amend one article to eliminate a 16.03 percent raise for Newcastle’s full-time fire chief was the only blip in an annual town meeting where voters overwhelmingly approved all warrant articles.

The fire department’s budget is $137,700, a decrease of $71,552 or 34.19 percent from the previous year. The decrease stems largely from last year’s replacement of the roof on the River Road fire station, Newcastle Board of Selectman Chair Brian Foote said.

Resident Terry Sutherburg, a former full-time fire chief in Brunswick, questioned the increase and made a motion to reduce it to the previous year’s salary of $40,914.

The raise is the result of new U.S. Department of Labor regulations requiring salaried employees to earn at least $47,476 or become overtime-eligible hourly workers, Selectman Carolyn Hatch said. The time and effort Huntley dedicates to the job “goes way beyond” what he is compensated for, she said.

The board of selectmen decided to raise Huntley’s salary to the amount required by the new regulations. “It was a federal mandate. We were abiding by federal law,” Foote said.

Huntley was informed of the pending increase two days before a federal judge in Texas placed the new regulations on hold, Foote said. While the regulations have not yet taken effect, “they’re not gone” and may still be required, Foote said. 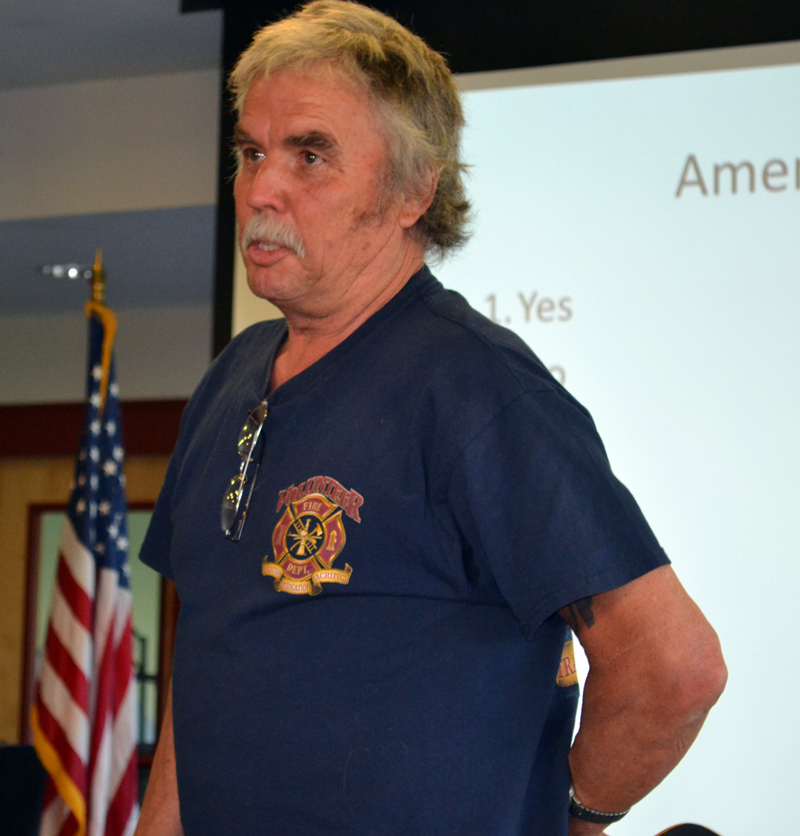 With Huntley already informed about the increase, selectmen felt that “we needed to hold to our promise,” Hatch said. Even with the increase, the salary is significantly less than other full-time fire chiefs’ salaries, she said.

The salary comparison is with fire chiefs of full-time departments in large municipalities, Sutherburg said. “This is a volunteer department,” he said.

One resident argued that the chief is grossly underpaid for his service to the community. “This is a 24-hour job,” Newcastle firefighter Richard Gutek said. “Anytime day or night, he gets up and gets out the door.”

Voters ultimately defeated the amendment 56-13 and passed the fire department budget as proposed 57-6. Newcastle is the only town in Lincoln County with a full-time fire chief.

“It was a really good discussion,” Huntley said. Huntley and Sutherburg are good friends and have had many previous conversations about the topic, Huntley said. They shook hands and hugged after the meeting adjourned.

The fire department budget also included an increase in the equipment and maintenance line item to allow the department to outsource the testing of fire hoses. The work is being outsourced to address potential liability issues involved with doing the work in-house, Huntley said.

“We could do it, but it becomes an issue of the fox watching the hen house,” Huntley said. “This is a way to get around it.”

Newcastle will pay off the loan for its most recent fire truck purchase in the 2017-2018 fiscal year, Foote said.

Huntley expressed appreciation for the community’s ongoing support for the fire department. The townspeople “have been so supportive,” he said. “I can’t say enough good things about them.”

The 2017-2018 municipal budget is the first budget decrease in recent history, resident Morrison Bonpasse said. “Thank you,” Bonpasse said. “I’d like to commend whoever is responsible.”

The work of the Newcastle Local Planning Committee is also nearing completion, and the town did not need to raise more money for planning services, Foote said. 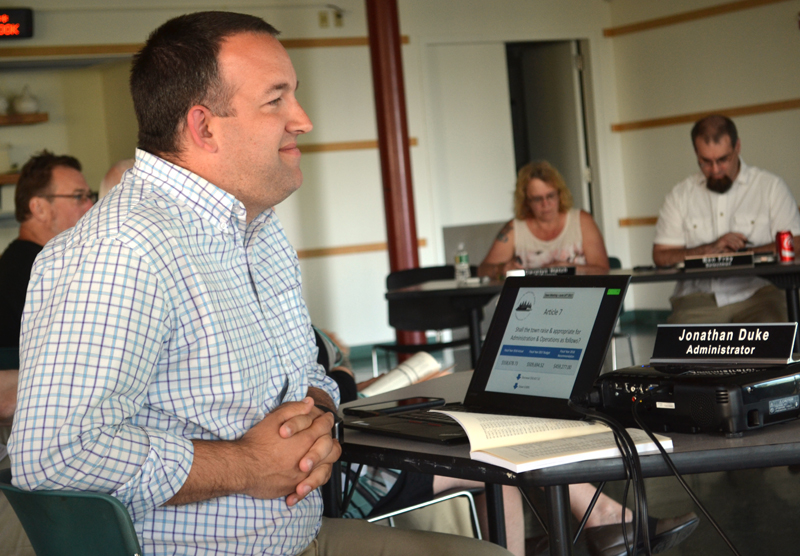 Resident David Bailey questioned why road maintenance was zeroed out in the public works budget, and asked about the town’s road maintenance plan. “I just had to get my car aligned again because of the potholes on Academy Hill,” he said.

The budget for road maintenance is now split between contracted services and a capital reserve account for road projects, Road Commissioner Steve Reynolds said. Several town roads are slated for work in the upcoming year.

The amount requested for reserve accounts was the only other increase in the municipal budget, due to a new line item of $30,000 for municipal buildings.

Newcastle was in the red seven years ago when Foote first joined the board, he said. The town is now not only in the black, but is running a surplus and is on the verge of meeting the auditor’s recommendation for the amount it should keep in the general fund, he said.

With the town about to pay off some of its debt, the financial position of Newcastle will continue to improve, he said.