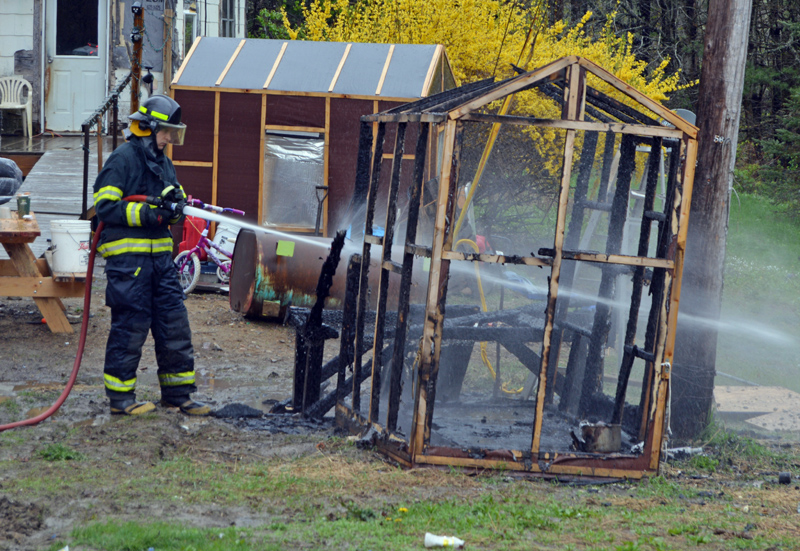 A Newcastle firefighter douses the smoldering remnants of a small chicken coop at 20 Hawthorne Road in Newcastle the morning of Monday, May 20. (Evan Houk photo)

Newcastle’s fire chief suspects a heat lamp or light as the cause of a fire that destroyed a chicken coop and killed two chickens the morning of Monday, May 20.

Only the frame of the shed was standing by the time firefighters arrived at 20 Hawthorne Road, according to Fire Chief Clayton Huntley. Firefighters doused the frame, which was smoldering and smoking.

Huntley said there was a yellow electrical cord leading into the shed and he suspects a heat lamp or light was the cause of the fire.

Clayton Grover owns the property, according to Huntley. The address is off Route 1 in South Newcastle.