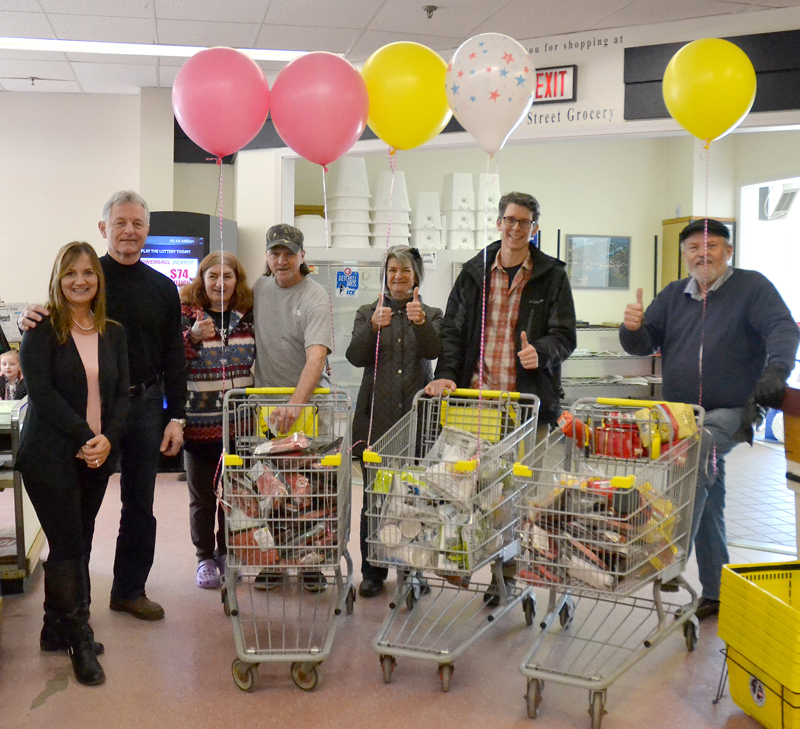 The aisles of Main Street Grocery in Damariscotta were cleared of customers shortly before noon, Saturday, April 7, as three people prepared to run through the store on 60-second shopping sprees paid for by a local dealership. 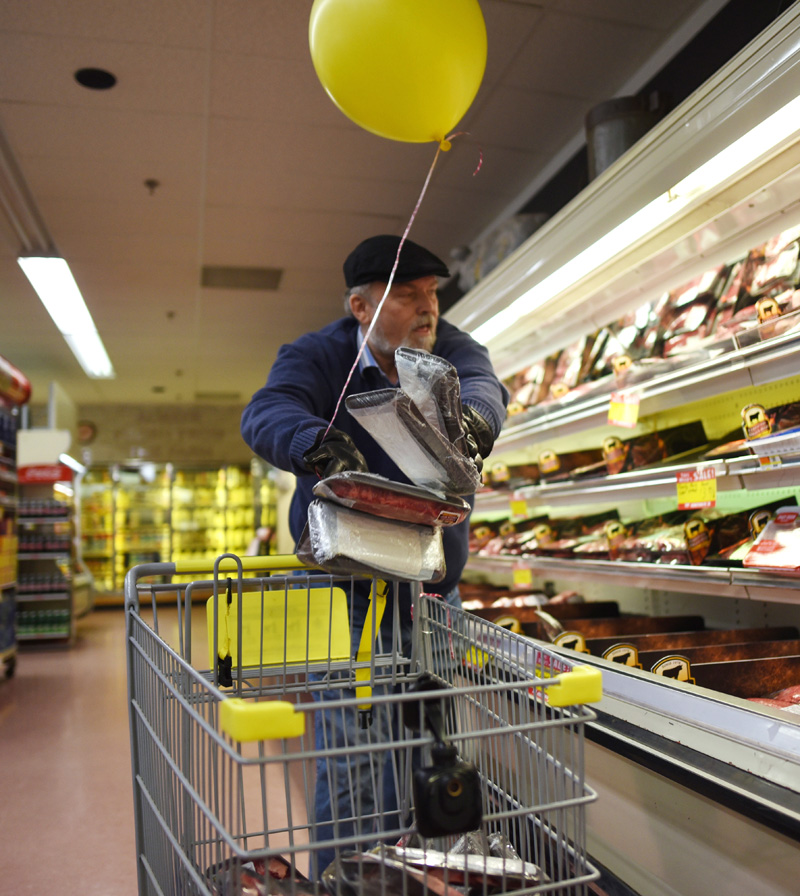 The Rev. Tom Wagers, pastor of the Lincoln County Assembly of God, throws meat in his cart during a 60-second shopping spree at Main Street Grocery on Saturday, April 7. (Jessica Picard photo)

During the month of March, anyone who bought a car at Newcastle Chrysler Dodge Jeep Ram Viper, on Route 1 in Newcastle, or even took one for a test drive, could enter their name to win a 60-second shopping spree at Main Street Grocery. Randy Miller, the dealership’s president, announced the winners in a Facebook video April 2.

“It’s a good thing it didn’t happen the day before, because I might not have believed it!” said Tammy Piper, of Randolph.

Due to “a bad hip”, Piper had Paul Gagnon, also of Randolph, run the spree in her place. Prior to the run, Piper and Gagnon said the plan was to head directly to the meat section, as they could freeze most of the meat and use it later.

“You don’t want to go too many places or you’ll lose time,” Gagnon said.

The second name Miller drew was Steven Pierce, who managed the meat department at the grocery store when it was Yellowfront Grocery. Pierce, along with brothers Don Pierce and Jeff Pierce, sold the grocery store to Jane and Gary Gravel in January.

“Oftentimes Steve would call and let me know when they had food to donate that we could give to people who need it,” Wagers said. “When he called and told me about the shopping spree, he said, ‘I can’t think of anyone better who would know exactly what to do with it.’” 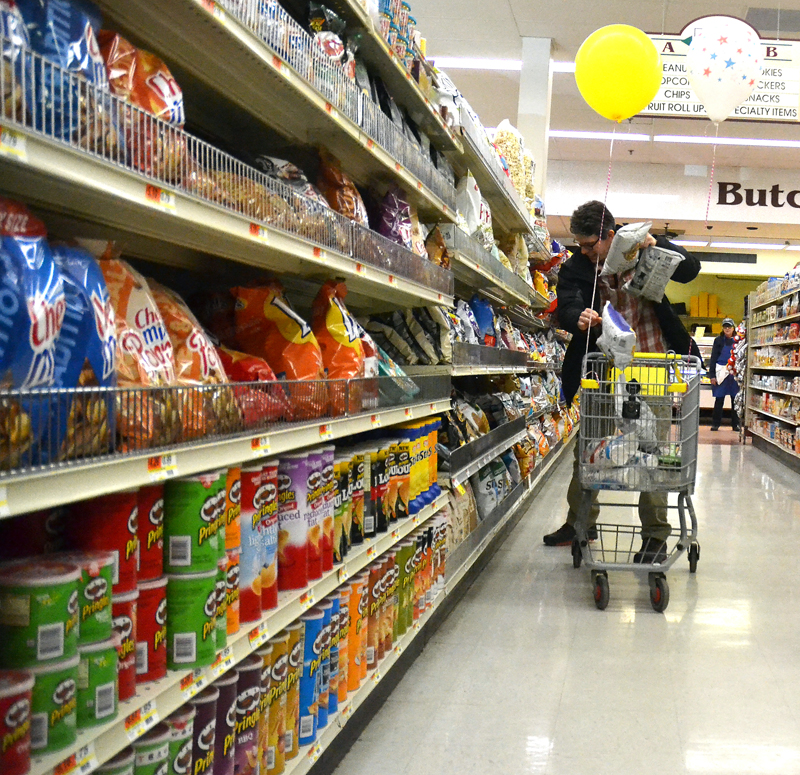 Healthy Kids Board of Directors member Doug Straus flings bags of chips into his cart during a 60-second shopping spree at Main Street Grocery on Saturday, April 7. (Maia Zewert photo)

Wagers also made a beeline for the meat department. The church will give the meat to people in need.

Miller also decided to give a shopping spree to the nonprofit Healthy Kids, which works to prevent child abuse and neglect in Lincoln County and to encourage, support, and promote healthy family environments.

The organization also hosts four playgroups around Lincoln County where students participate in crafts and games and eat healthy snacks.

Program Assistant Lucy Smith and board member Doug Straus visited the store prior to the shopping spree to scope out routes to snacks and disposable plates and cups. The time crunch, however, made an impact on their plans.

“You just think you’ll have more time, but 60 seconds goes by quick when you’re in it,” Straus said.

Each shopper took their turn in the aisles as Jane Gravel announced the seconds remaining over the store’s intercom. A crowd watching from the checkout lanes cheered as each participant returned with a full cart.

“This really was a ton of fun and I’m glad everyone got a good cart of food,” Jane Gravel said. “Randy Miller does so much good in this community, and we’re so grateful for his constant support of local businesses.”