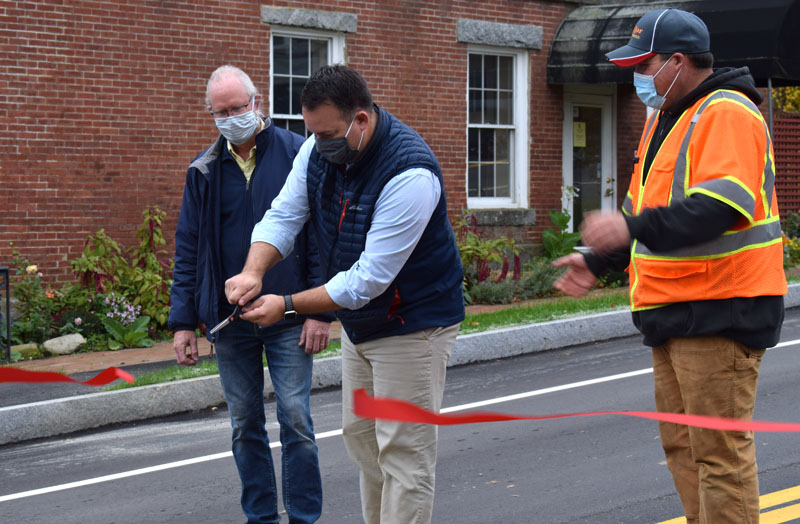 About 18 people attended the ceremony at the intersection with Mills Road, where town officials called the job one of the largest infrastructure projects Newcastle has undertaken.

Hagar addressed town officials and other people involved with the project in Veterans Memorial Park before the ceremony, detailing the history of the project and the capital improvement plan drafted by Hagar and the selectmen.

Construction started in mid-April. The project involves the reconstruction of an approximately 3,500-foot section of Academy Hill Road, from the intersection with Mills Road past the Lincoln Academy campus and Middle Way, also known as the water tower road. 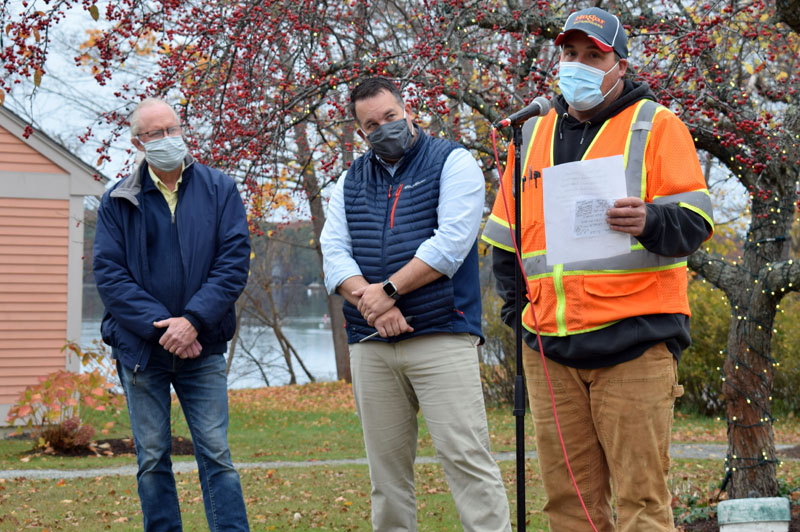 Hagar said the project was conceived nearly two years ago, when the town held public hearings to gather input.

“The town started down the path of a design-build concept, which is relatively new in the state of Maine, where they work with a contractor to come up with solutions to problems as they design a project and work on a project,” Hagar said.

“Obviously, a project of this size is pretty taxing on the community and the citizens, so we wanted to say thank you very much to the citizens for all their patience and time,” Hagar said. 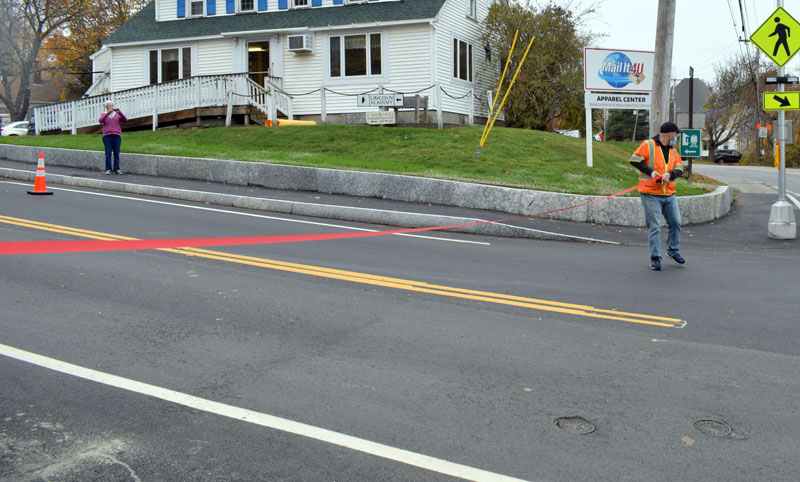 An employee of Hagar Enterprises Inc. sets up a ribbon at the base of Academy Hill Road in Newcastle for a ribbon-cutting ceremony, Thursday, Oct. 29. The Damariscotta-based contractor recently completed the nearly $2 million project. (Evan Houk photo)

“I’m extremely proud of the product we’re going to turn over to the town here,” Hagar said.

Town Manager Jon Duke spoke to the number of complaints he has received about Academy Hill Road since he started working for Newcastle about 4 1/2 years ago.

“Everyone knew that this was a problem — a problem for the town of Newcastle, for the residents,” Duke said.

Duke said the project would not have been possible without bringing on Hagar as road commissioner.

The group then walked across the street to the base of Academy Hill, where Duke cut the ribbon, signaling the official turnover of the newly rebuilt Academy Hill Road to the town of Newcastle.

The town expects reimbursement from the Maine Department of Transportation for intersection improvements at Mills Road, Duke said.

The Newcastle selectmen will vote on the final payment to Hagar Enterprises during a meeting at 7 p.m., Monday, Nov. 9.

The selectmen had planned to hold a special meeting to approve the payment Monday, Nov. 2, but did not end up meeting, Duke said.