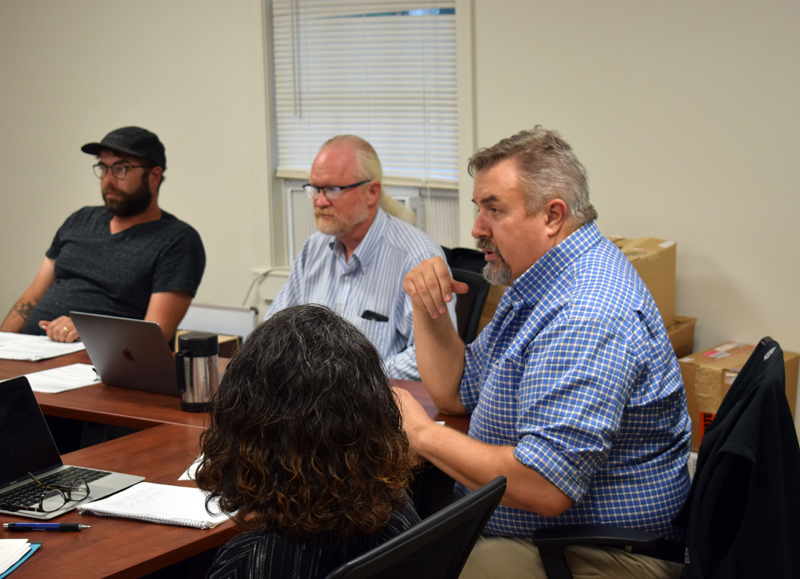 Newcastle town attorney Peter Drum (right) discusses liability concerns with the town and Newcastle’s Taniscot Engine Co. with the selectmen and members of the fire company during a workshop on Wednesday, July 14. The Newcastle Board of Selectmen expressed a desire to better define the town’s relationship with the fire company through an ordinance. (Evan Houk photo)

The Newcastle Board of Selectmen met with members of Newcastle’s Taniscot Engine Co. to discuss a fire department ordinance and a possible shift to an all-volunteer department during a workshop on Wednesday, July 14.

Interim Fire Chief Casey Stevens said he thinks the members of the fire company would be in favor of a transition to an all-volunteer department and give up the $19 per hour wages for fire calls in order to maintain the independence of the Taniscot Engine Co.

Town attorney Peter Drum said a shift to a volunteer department would alleviate many of the liability concerns for the town, the fire company, and firefighters themselves. He laid out the concerns in a letter that was presented at the workshop.

However, he said he would still like to see a fire department ordinance that defined the relationship between the town and the fire company, as well as the duties and responsibilities of the fire chief. 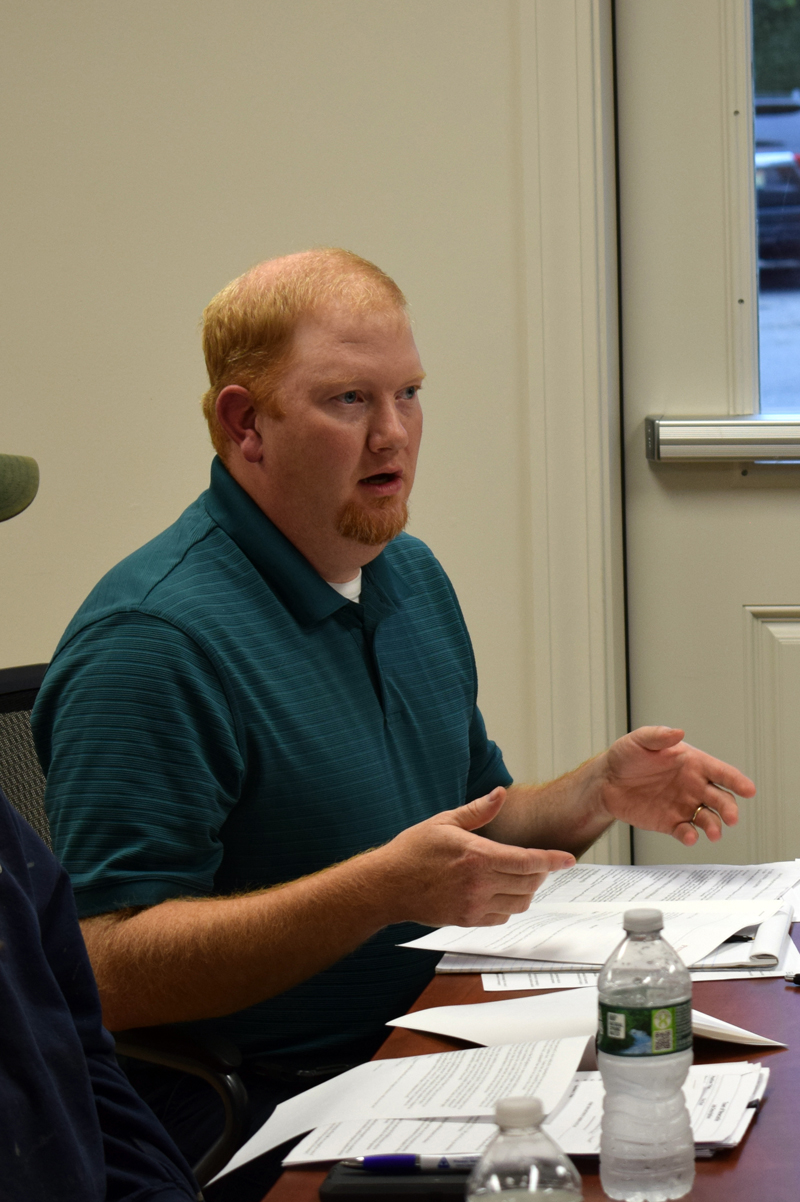 Newcastle interim Fire Chief Casey Stevens discusses the possibility of transitioning to an all-volunteer fire department at a workshop between firefighters and the Newcastle Board of Selectmen on Wednesday, July 14. (Evan Houk photo)

The selectmen originally brought up the subject at a regular meeting on Monday, July 12, where tensions ran high, firefighters expressed concerns, and Stevens left the meeting early. Stevens said he was under the impression that the fire company did not have any liability issues currently and he did not understand the need for a change.

“I want to hear more of those concerns and see if there are ways we can address those concerns,” Selectman David Levesque said during the July 12 meeting, expressing a desire to talk more with firefighters at the workshop.

Board Chair Joel Lind said the purpose of the workshop was to begin a conversation between the town and the fire company to better define its relationship.

He discussed three options for fire departments to operate that are outlined by state statute. One is to form a municipal department by town ordinance or town charter. Newcastle does not have a town charter.

The second is to form an all-volunteer fire department. And the third is to contract with a new fire company, which the town has no interest in doing.

Lind said the town and the fire company currently do not fall under any of these categories and operate under a “gray area,” which introduces the liability issues where the town could potentially be sued if someone is injured at a fire scene.

The Taniscot Engine Co. has operated as an independent entity since 1876, although the town provides funds for the department and owns the Clayton V. Huntley Jr. station building, which it leases it to the fire company.

The town also has funded the position of full-time fire chief since the budget item was approved at town meeting in 2010.

However, Lind noted that the townspeople never formally approved the position or a job description by town ordinance. The fire chief’s duties would be defined in a fire department ordinance.

Selectman Tor Glendinning suggested gathering a list of questions and concerns to be answered for the fire company.

“We’ll put together a list of things that need clarity,” Lind said.

The selectmen suggested a time frame of about three weeks to hold another meeting discussing the potential changes to the town’s relationship with the fire company.