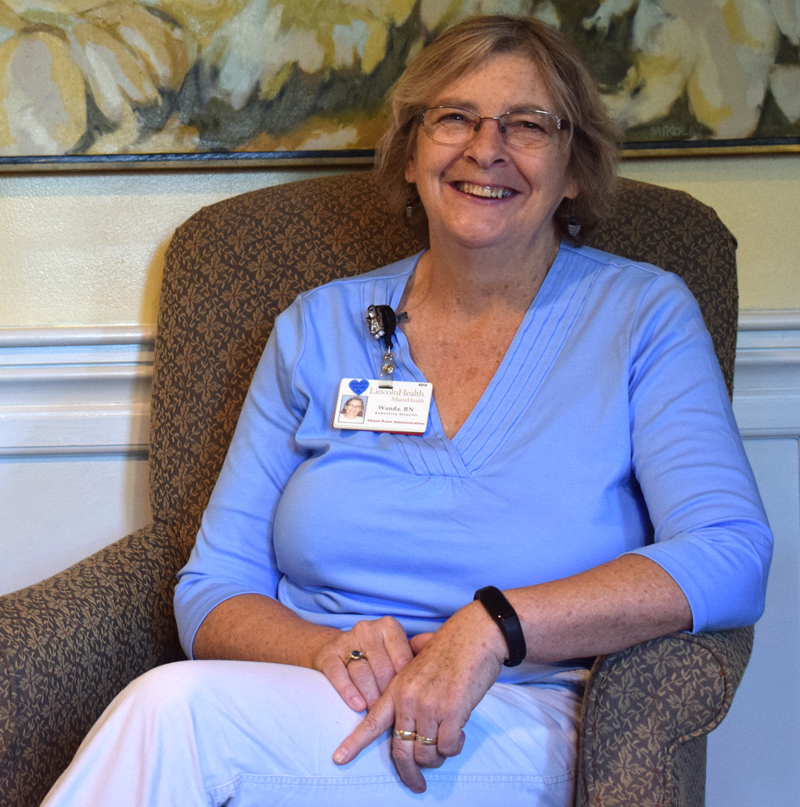 Newcastle voters elected a lifelong resident to fill a vacant seat on the board of selectmen in an uncontested special election Tuesday, Nov. 5.

Wanda Wilcox will serve the remainder of Christopher Doherty’s term, which expires in June 2021. She received 228 votes of the 246 ballots cast.

Doherty resigned Aug. 21 after taking a leave of absence to help his son build a house in Colorado.

Wilcox said she expressed concerns to the selectmen when Doherty took his leave of absence and felt she needed to step up and serve the town.

She said she would like to see more participation from Newcastle residents in their municipal government.

“Being on the zoning committee has really opened my eyes to the need for people to really be part of town,” she said. “We live in town; we need to take part in what’s happening in our town, because we’re very vocal when we don’t like what’s happening,” Wilcox said.

Wilcox served on the Newcastle Local Planning Committee that developed the Newcastle Character Code rejected by voters in November 2018.

She now sits on the zoning committee appointed by the selectmen in June to prepare a new and simplified zoning code for the town. Wilcox has also been on the Newcastle Board of Appeals for the past year and a half.

Wilcox said she hopes the new zoning code will make Newcastle more business-friendly while maintaining the unique character of the town.

Wilcox has lived in rural North Newcastle since she was young. She grew up on Dyer’s Valley Farm in the area known as Cowshit Corner.

She believes her career in health care, first as a nurse and now as executive director of Chase Point Assisted Living and Riverside Memory Care on LincolnHealth’s Miles Campus, has prepared her to be a selectman. She has worked at LincolnHealth and its predecessors for almost 30 years.

“I’ve been a manager for a long, long time, first at the hospital and now (at Chase Point). I’ve always had an open-door policy. I’ve always listened to issues and complaints, good things and bad things, all the time. And I’ll certainly be willing to do that as a selectman,” Wilcox said.

Wilcox said she would like to keep town government transparent. She stressed the importance of keeping the website updated with meeting minutes and other information for the townspeople.

“In the past, some people have felt like they don’t always know what’s going on,” she said.

Wilcox stressed that she wants to represent the whole of Newcastle, although she specifically hopes to renew rural residents’ faith in their town government.

“Rural is a huge part of Newcastle … I think sometimes people think that town doesn’t understand them or doesn’t look out for them. I hope me being there helps them realize that we do look out for the whole (town),” Wilcox said.

She said that through her work with the town, she has gotten to know the town staff and the selectmen.

Wilcox has been married to Roger Wilcox for 40 years. In her spare time, she enjoys cooking, baking, and gardening. She and her husband have a cabin in the Penobscot County town of Patten that they enjoy escaping to with their dog.