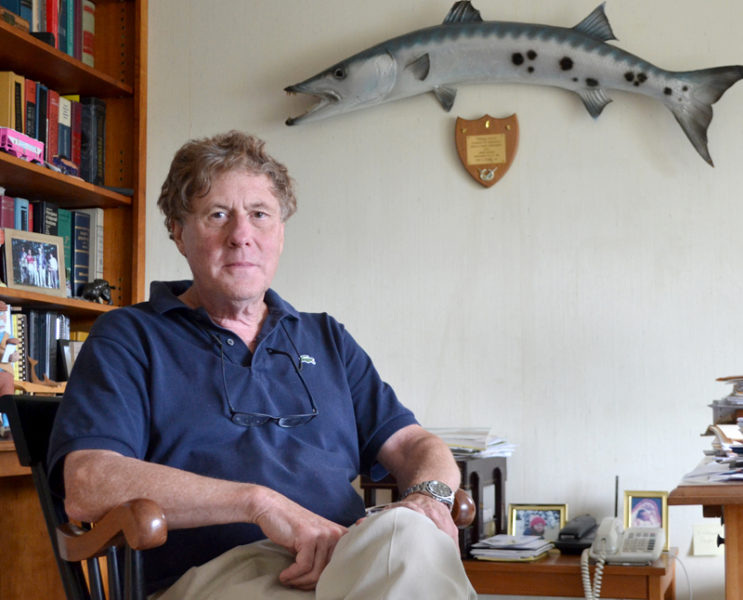 Dr. Roy Seibel Jr. in his office at Riverview Eye Care, the ophthalmology practice he has run since 1981. After four decades of working as an opthalmologist, Seibel has decided to step back and have someone else take over the practice. (Maia Zewert photo) 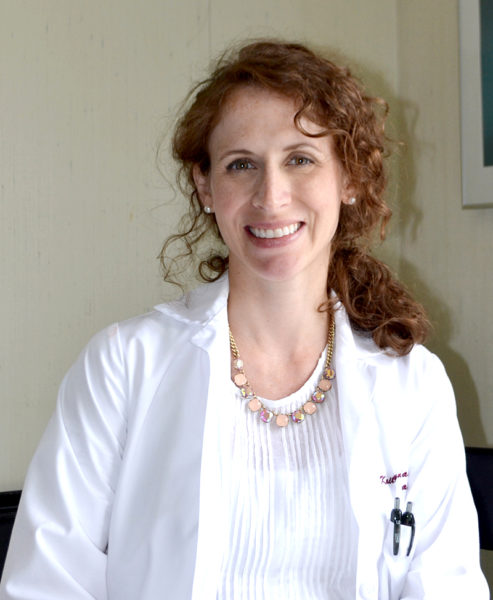 Dr. Kaitlyn Wallace Nolan has begun practicing opthalmology in the Newcastle office of Dr. Roy Seibel Jr. MaineHealth’s Lincoln Medical Partners has taken over the practice and brought Nolan on board in August to operate out of Seibel’s Newcastle office. (Maia Zewert photo)

After four decades working as an ophthalmologist, Dr. Roy Seibel Jr. has decided it is time to take a step back from private practice.

Since 1981, Seibel, of Damariscotta, has owned and operated Riverview Eye Care, first in Damariscotta before moving the practice to Newcastle.

Seibel said he was drawn to the field of ophthalmology because he enjoys doing surgery and likes working with his hands. In addition, the people he has met in ophthalmology have a diverse area of interests.

“It’s a very focused area of medicine, which I liked a lot,” Seibel said. “We treat patients for vision and eye disease, which would be cataracts, glaucoma, and diabetic eye disease. And then we get to do surgery, which I like doing.”

Seibel originally opened his practice on Main Street in downtown Damariscotta in 1981. Seven years later, he bought land in Newcastle to build a new home for the practice.

“We needed the space; we had grown so much,” Seibel said.

Over the years, Seibel has watched as the field of ophthalmology has made advances. When Seibel was first starting out, a cataract surgery took an hour and a half to two hours to perform, and the recovery time for patients could last two to three months.

Now, Seibel said the surgery takes half an hour, and patients are able to see better the next day.

“The advances came over a continuum. It wasn’t just a sudden change; it happened over a long period of time,” Seibel said. “It’s been a steady increase in the quality we provide and what we can do for people.”

Seibel has also watched some of his patients grow up.

“I’ve got patients I operated on when they were little kids for strabismus and I see them now around town and remember when they were 2 and 3 years old,” Seibel said. “There are glaucoma patients I’ve been seeing for the entire time I’ve been here too. It’s quite something.”

After 40 years of practicing ophthalmology and 35 years of running his own practice, Seibel said he was ready to step back and have someone else take over the practice.

MaineHealth’s Lincoln Medical Partners has taken over the practice and brought Dr. Kaitlyn Wallace Nolan on board in August to operate out of Seibel’s Newcastle office. Nolan said the main thing she will do is cataract surgery, however, she also has training in neuro-opthalmology and can treat double-vision and macular degeneration.

“It’s been really good so far,” Nolan said. “The patients are so nice and welcoming. I’m looking forward to getting to know the patients and becoming a member of the community.”

Seibel said he will continue to see a few patients during the transition.

Seibel said one of the highlights of his career has been meeting with his patients, many of whom he has seen for a number of years. He has received a number of gifts from patients over the years, including a walking stick, carved statues, and paintings.

“The people in Maine and especially in Lincoln County are very nice people and it’s been a pleasure to work here with these people. It’s a really nice place to practice medicine,” Seibel said.