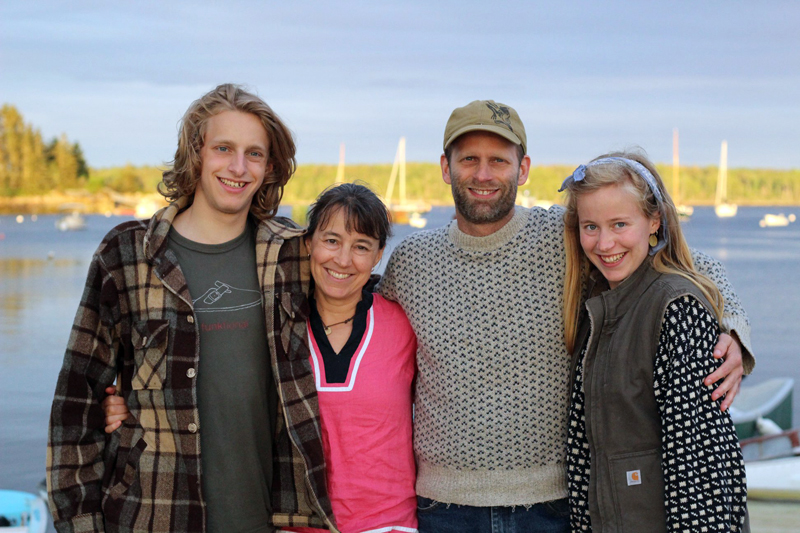 A 2017 graduate of Lincoln Academy who recently completed her junior year at Bates College in Lewiston has won a prestigious scholarship awarded to students with a commitment to public service – the same scholarship won by her father in 1994.

Essie Martin, of Newcastle, is majoring in geology with a focus on biogeochemistry.

Truman Scholars receive up to $30,000 for graduate or professional school, according to The Harry S. Truman Scholarship Foundation’s website.

“It will go toward a grad school of my choice as long as I continue to pursue public service,” Essie Martin said.

She plans to earn a master’s degree in aquaculture, then pursue a doctorate in oceanography.

“I know I want to continue to study climate science,” she said.

Her father, Garrett Martin, received the scholarship when he was a student at the University of North Carolina at Chapel Hill. He earned a bachelor’s degree in international studies there before going on to earn a master’s degree in economics and policy analysis from Princeton University.

He is now executive director of the Maine Center for Economic Policy. The center’s website describes it as a nonpartisan research and policy organization dedicated to improving the economic well-being of low- and moderate-income Mainers since 1994.

“We joke about it at home. When we are playing board games, we have a scholar team against the other members of the family,” Essie Martin said.

Essie Martin said her father’s stories about the friends he made through the scholarship, including Stacey Abrams, the Democratic nominee for governor in Georgia in 2018, sparked her interest in the program.

Abrams was the first Black woman to be a major party’s nominee for governor. 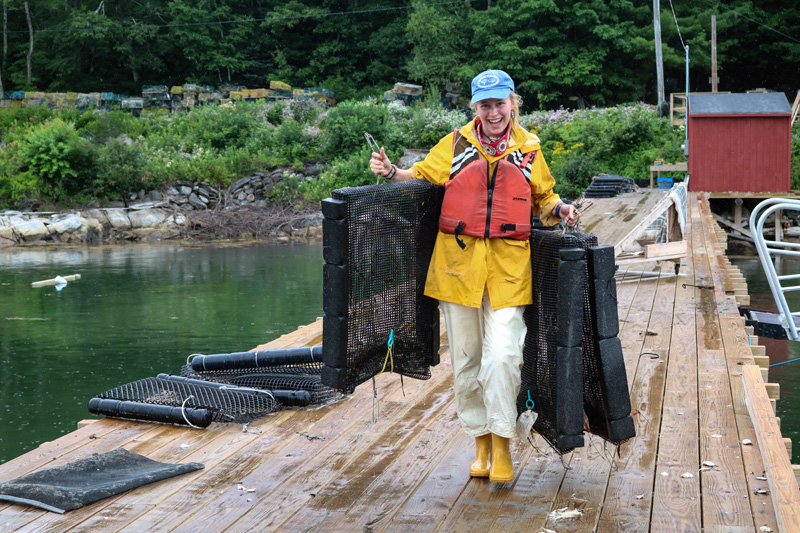 Essie Martin carries oyster cages on a wharf in Bremen. The Newcastle resident plans to earn a master’s degree in aquaculture, then pursue a doctorate in oceanography. (Photo courtesy Essie Martin)

“But I never thought it was for me until my sophomore year at Bates, when I became interested in ecojustice. My dad didn’t pressure me to apply, but he was very helpful through the process,” Essie Martin said.

Her father’s work in public service also inspired her to apply for the scholarship.

“He works in public service today, and I have always been inspired by his devotion to helping people, particularly lower-income Mainers. It is amazing growing up with a dad who cares so much about what he does and helping people. I think I would have been hard-pressed to not follow a career in public service of some sort,” Essie Martin said.

Essie Martin said that apart from a parent and stepchild who both won the scholarship, she believes she and her father are the only other two-generation winners of the scholarship.

A representative of the foundation said two-generation winners are very rare.

“Garrett and Essie were the first two-generation winners I knew of, but after consulting with our staff, there is reason to believe they are not the first. We haven’t been able to put our finger on it,” Executive Secretary Terry Babcock-Lumish said.

“It became a bit of a mystery for us, to find out who they are. We do believe there is a parent and stepchild who are Truman scholars,” Babcock-Lumish said.

“The reality is, this is awfully special. We have a lot of siblings who become scholars, but for two generations to do so, it is exciting and it is rare,” Babcock-Lumish said.

Living in the Midcoast has given Essie Martin a chance to learn about the ocean at an early age.

“Growing up in the area, I’ve always been interested in the ocean and how it brings different people together, whether they are out there fishing or they are scientists out on the water,” she said. “We live in a place where, in the same day, you can talk to fishermen and scientists and get both of their points of view.”

Her goal is to help bridge gaps between fishermen, policymakers, and scientists, with her research focusing on bolstering the working waterfront and mitigating climate change. 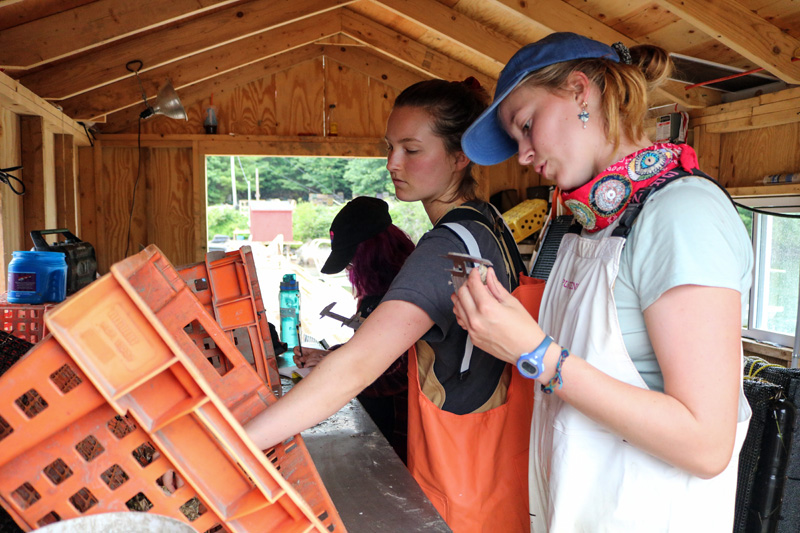 She pointed to farm-raised oysters and kelp as ways to remove carbon from the water and improve water quality for marine life and commercial fisheries.

“In my application, I focused on the sustainability side of aquaculture, and the way it can be used to provide alternatives in the face of the collapse of traditional fisheries,” she said.

She was drawn to geology for the connection to climate science.

“When everyone thinks of geology, they are thinking of rocks, but there is also a lot of glacial research and a lot of climate science, and that is what drew me in,” she said.

“The scholarship is usually awarded to one person from each state, but this year there were two students from Maine. I think it is the first time in about 20 years that has happened,” Essie Martin said.

Dina Malual, of Portland, a junior at Emmanuel College in Boston, Mass., is the state’s other Truman Scholar this year.

Essie Martin credited her family with helping her to become a Truman Scholar.

Her mother, Jenny Mayher, is director of communications and community engagement at Lincoln Academy, and her brother, Jojo Martin, graduated from Lincoln Academy this spring and plans to attend Tufts University in Massachusetts after a gap year.

“I would not have this scholarship without the support of my dad and the rest of my family,” Essie Martin said.