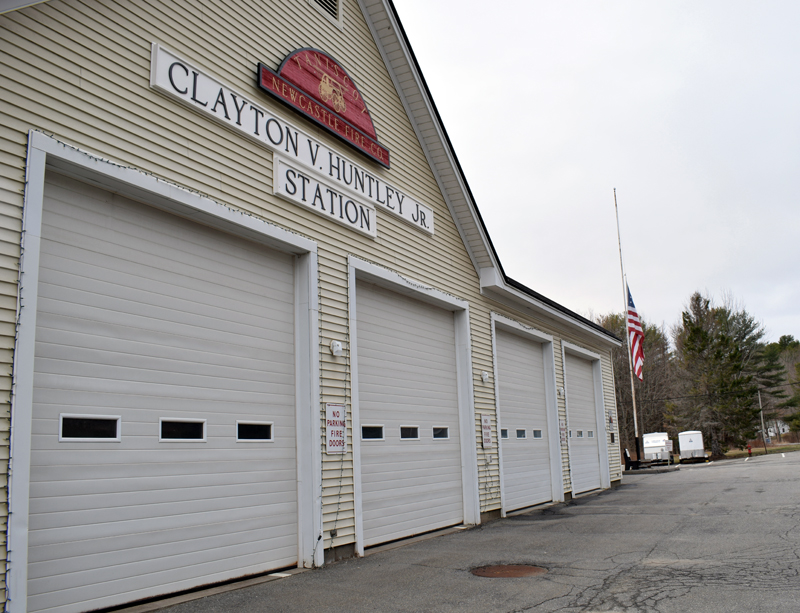 At the Newcastle Board of Selectmen’s meeting on Nov. 8, Newcastle Fire Co. submitted a petition requesting that a fire protection ordinance be put before voters at a special town meeting.

“Basically, this just defines it so that the fire chief can work for the fire company because we feel there’s no security working for the town,” Stevens said on Nov. 5.

Newcastle Fire Co. Trustee James Bryant submitted the petition with 206 resident signatures. For the petition to be accepted and an article placed before the town, it needs signatures from 117 residents, or 10% of the voters in the last gubernatorial election.

According to statute, “municipal officers shall either insert a particular article in the next warrant issued or shall within 60 days call a special town meeting for its consideration.” Newcastle is not beholden to a Feb. 1 deadline. The 60 day limit begins following the next regularly scheduled town meeting at which the petition article is not on the ballot.

Stevens has served as interim fire chief since April, after former Chief Clayton Huntley died. Stevens’ term was originally set to expire on June 30, but he continued to serve in the position.

Members of the Newcastle Fire Co. elected Stevens as fire chief in July, but the town has not confirmed his appointment.

Under the fire company’s proposed ordinance, the fire chief would not submit invoices to the town, and instead the company’s accounts would be audited annually.

Additionally, the fire company would determine its budget, the board of selectmen would not change the requested amount, and all such funds would be approved annually and paid to the fire company in a lump sum within 30 days of the beginning of the fiscal year.

Newcastle Fire Co. has operated as an independent entity since 1876, although the town provides funds for the department and owns the Clayton V. Huntley Jr. station building, which it leases to the fire company.

The town has also paid the salary for a full-time fire chief since the budget line was first approved at annual town meeting in 2009.

Public discussions regarding the Newcastle fire chief’s position and a fire protection ordinance began circulating in July, when the town and fire company continued discussion regarding a fire department ordinance and moving the company to an all-volunteer model.

The board of selectmen initially expressed the desire for an ordinance defining the fire company’s role in the town due to liability concerns.

In September, Macy informed Stevens that the board of selectmen decided to amend the chief’s position from full-time to part-time, spurring the company to hold a public meeting with the town.

Since then, the selectmen and the fire company and their respective lawyers have been negotiating the terms of the town’s fire protection ordinance, as well as the chief’s position therein.

At Clayton V. Huntley Jr. Station on Nov. 5, Capt. Jake Abbott said that the company has worked with the town since the spring to develop an ordinance, and the company has run out of patience with what they perceive as delays on the part of the board of selectmen.

Abbott said that, most recently, negotiations stalled due to “an inability to be flexible” with regards to the chief’s salary. He said that communication fell off between the town and the company following their last workshop on Sept. 21.

“No citizens have stepped forward and said, ‘Why do we have a full-time chief?’ So we want to have a town meeting so we can have that conversation and put this to bed,” Abbott said.

On Nov. 9, Macy said that the selectmen initially broached the subject of moving the chief position to part-time because none of the volunteer fire departments in similarly sized municipalities have full-time chiefs.

The town manager also said that she proposed that the fire department and selectmen nominate a small working group to put together an ordinance, rather than having the company trustees and the entire select board involved in the drafting process. The department opted for a petition instead.

Macy said that she was sorry to see the relationship between the selectmen and the fire company deteriorate to this point.

Stevens said that the ongoing situation with the selectmen has disrupted the company tremendously because they have not had someone in the station full-time since former Chief Huntley passed away.

Abbott said that while Stevens, who has a full-time job, is technically the company’s full-time chief, he is compensated in a part-time capacity. He pointed out that Newcastle’s 2020-2021 fiscal year budget includes increases to prepare for the hiring of a new chief, but the town has not hired Stevens as the chief.

“It’s starting to affect the fire protection in town,” Stevens said. “It’s really hard to find volunteers. So the longer this goes, the less interest people have.”

Stevens said that the department already had two volunteers step away as a result of the turmoil around the issue. Additionally, volunteers have had to dedicate time that they might have otherwise put towards training, paperwork, maintenance, and other duties that would be handled by a full-time employee.

“I do not feel valued by the town in this (situation) at all,” Abbott said.

The Newcastle Board of Selectmen will next meet on 7 p.m. Monday, Nov. 22, at the Clayton V. Huntley Jr. Fire Station. A livestream and recordings of meetings are available on LCTV.

(Correction: an earlier version of this article online and on Page 1 of the Nov. 11 edition incorrectly reported that the town of Newcastle must call a special town meeting within 60 days of verifying the signatures on a petition submitted by the Newcastle Fire Company, with the meeting scheduled for no later than Feb. 1. According to statute, “municipal officers shall either insert a particular article in the next warrant issued or shall within 60 days call a special town meeting for its consideration.” Newcastle is not beholden to a Feb. 1 deadline. The 60 day limit begins following the next regularly scheduled town meeting at which the petition article is not on the ballot. The Lincoln County News regrets this error.)