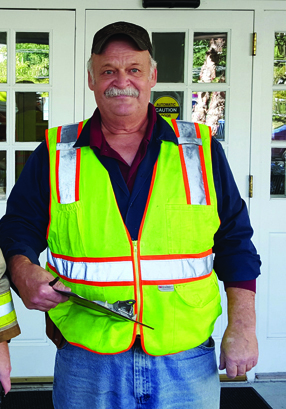 The Newcastle Fire Department started a fundraiser for long-serving Chief Clayton Huntley on Friday, Feb. 5 to aid in his cancer treatment.

Deputy Fire Chief Casey Stevens said by phone on Tuesday, Feb. 9 that Newcastle firefighters pushed to start a fundraiser to help Huntley with his medical bills and other expenses.

“He’s done so much for us and everybody else around. We felt this is the best way to help him,” Stevens said.

There are two ways to donate. A GoFundMe page has been set up at gofund.me/22ae5b1f.

A fund has also been set up at First Federal Savings and Loan, 283 Main St., Damariscotta, where donations can be dropped off. Donations can also be mailed to the bank at P.O. Box 487, Damariscotta, ME 04543. Checks should be payable to “Newcastle Fire Company” with “For Chief Huntley” written in the memo line.

The page says Huntley was diagnosed with cancer at the beginning of 2020 and was set to receive a bone marrow transplant before COVID-19 arrived in mid-March.

The pandemic has caused complications and a delay for Huntley’s transplant operation. He has continued to receive treatments in the meantime.

Duke said Huntley has served on the Newcastle Fire Department for 50 years and has been chief for 30 years.

Duke said he had talked to Huntley that day and Huntley expressed gratitude for the support he has received from the town and the wider community.

“He’s done a lot of good work for this town, for the people of this town. Showing up when nobody wants to go out at night to check chimney fires. He’s been doing that for a lot of years,” Duke said.