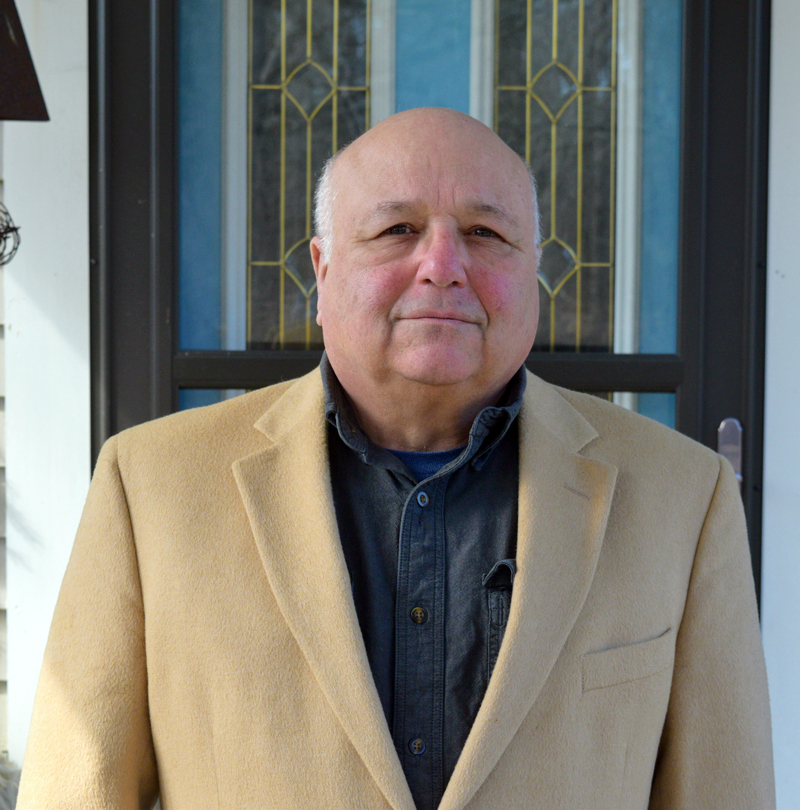 Merle Parise is a Republican candidate running for House District 46. He is focused on combating inflation, properly managing natural resources, and reducing the tax burden on Mainers.

House District 46 includes Bristol, Damariscotta, Monhegan, Newcastle, and parts of Nobleboro and South Bristol. House District 46 was previously HD 90 and included Bremen before the state was redistricted in September 2021.

Parise will be running against social worker and incumbent Democratic candidate Lydia Crafts.

Parise previously lost in his 2020 run for the same seat against Crafts. In a March 21 interview, he said that he lost many voters in the prior election because he publicly supported Donald Trump.

“This time I don’t have to worry about it because Donald Trump’s not here,” he said. “I think it’ll be more pleasant.”

He said that the key to winning the election this year will be connecting with undecided voters and moderate Democrats in the district.

“It’s an uphill battle … but I’ll be there for these people. I’ll work for them, and if they bring an issue to my table and I don’t understand it, I will find out about it,” he said.

He has run a farm with his wife, Dr. Christine Welch, since 1983 and has owned and operated a forestry consulting business, MJP Forestry, since around 1984. Welch owns the Damariscotta Veterinary Clinic.

Parise worked for the Peace Corps in Mexico from 2007-2009, training citizens in business and environmental science. He then participated in counterinsurgency efforts in Afghanistan with the U.S. Department of Agriculture from 2009-2013, training Afghan civilians in agricultural skills.

If elected, Parise would like to serve on the Joint Standing Committee for Agriculture, Conservation, and Forestry because, for one, he considers proper forest management a perennial issue in Maine, especially given the decline of the pulp and paper industry in the state.

“(I will) sit there and listen to what people have to say, and listen, and listen some more, and then if I can give some guidance and help and use my experience, I will use it,” he said.

A major issue across the country that Parise would like to push to address is inflation. Inflation in the U.S. rose more than it has in any other one-year period since 1982 as of March 10, according to the Department of Labor.

Parise said that, to combat this problem, he would like to see commerce and production concentrated locally; he added that the state should work with its farmers, foresters, logging companies, fishermen, and other food producers towards this end.

Parise said that he would also like to see higher education, including vocational and trade school opportunities, become more available in House District 46.

Parise said that he recently spoke with a local car dealership owner who told him that it costs around $100,000 to get a motor vehicle technician with no prior experience fully trained, but it costs half as much to train someone who attended a trade or vocational program for motor vehicle repair.

Towards that end, he would like to see more vocational classes and programs available within local school systems, rather than outsourced to school systems in cities like Bath or Augusta.

At the same time, Parise said that he would seek to lower property taxes in Lincoln County and the state. In particular, he would like to see those over 70 years old who have a homestead pay less towards the local school budget, relative to the rest of the residents in their communities.

He would also like to see the overall homestead property tax exemption increased.

In the vein of conserving public funds, Parise said that he believes in climate change, but the state should direct its efforts more toward adapting infrastructure rather than mitigation, as he believes that it is more feasible to forecast the financial implications of adapting to climate change.

He said that mitigation policies like placing an additional tax on gasoline to reduce carbon is “regressive” and that, in general, he is opposed to taxes that will negatively impact working class Americans.

“Who’s it going to affect? It’s going to affect the guy … that’s making $15 an hour … up in north Jefferson, who has to travel down to Edgecomb here to work,” he said.

Other environmental issues that Parise would like to address include the containment of PFAS chemicals on Maine farmland and regulation of large solar farm installations.

Parise said that he also sees the opioid epidemic as an issue that demands greater attention in House District 46 and across the state.

“The problem that I see is that it’s a revolving door,” Parise said. “I can’t tell you how many people I know now who … (in) their families have had a problem with drug addiction, with a child or an uncle or a father or a mother.”

Parise would like to see a long-term, supervised treatment or community living option for those who have struggled with opioid addiction. He said that a major challenge facing these treatment options is community support.

“Nobody really wants one of these centers next to their house,” he said. “It’s sad but it’s true.”

In his spare time Parise volunteers with the local food pantry and HART, Help Addicts Recover Today, an organization he helped found that is dedicated to reducing substance abuse in Maine.

He also enjoys salmon fishing, riding his horses, walking in the woods, and going out to restaurants with friends.

For more information about Parise, contact him at 563-5778 or mjptree@tidewater.net.