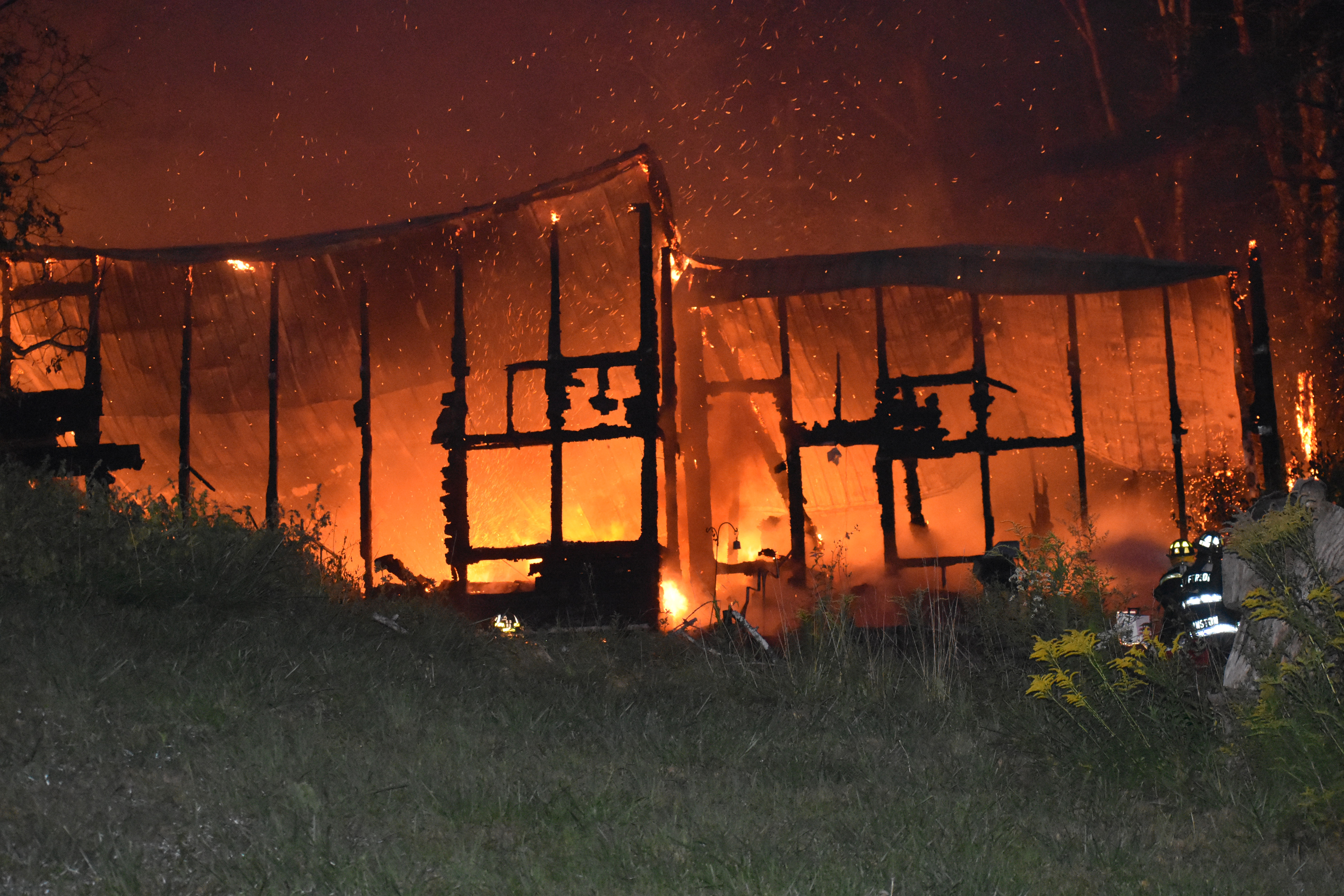 Fire gutted a house at 232 Bunker Hill Road in Newcastle early Monday, Sept. 3. The homeowner escaped, crediting his dog for waking him up. No one was hurt in the blaze.

Flames were clearly visible to firefighters as they approached the scene, according to Newcastle Fire Chief Clayton Huntley.

“We use the term a lot, but it was literally fully involved when we got here,” Huntley said.

Huntley said firefighting efforts were strictly defensive in nature, including efforts to cool down a couple of propane tanks near the structure.

Firefighters used the nearby boat landing on Damariscotta Lake as a water supply, according to Huntley.

Stan Brown, the homeowner, said he was asleep when the fire broke out, but his dog woke him up, allowing him to get outside.

According to Huntley, the fire department cleared the scene shortly after noon and cleared the fire station around 1:45 p.m.

Huntley said equipment from N.C. Hunt was brought in to tear down the metal roof, which was still partially standing, to allow crews to completely extinguish the fire.

As crews were working the scene on Bunker Hill Road, a possible second structure fire was reported on River Road, but the call turned out to be due to an overheated grill, Huntley said. Units from the Damariscotta and Wiscasset fire departments responded to the call on River Road.