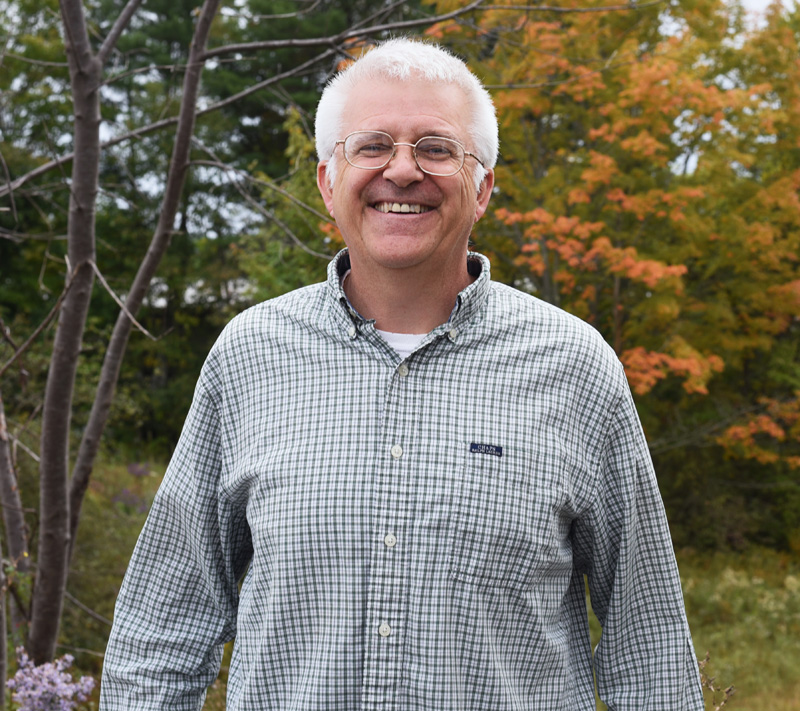 State Rep. Michael “Mick” Devin, D-Newcastle, is running for his fourth term in the Maine House of Representatives. Devin, a marine biologist and former naval officer, said he will focus on environmental issues and veterans issues.

Devin worked at the Darling Marine Center in Walpole off and on from the 1990s until his resignation in 2017, primarily focusing on aquaculture. He sits on the Legislature’s Marine Resources Committee.

Of potential environmental legislation, Devin said he is already working with others on a series of bills related to plastics and other pollutants.

“I haven’t given up,” Devin said of his efforts to address plastic pollution. “We’re going to get a bag bill passed … I’m confident in that. And I’m confident because communities in the state of Maine are saying, ‘We need this.’”

Damariscotta and Newcastle will vote on local plastics ordinances on Election Day, Nov. 6.

Other pollutants Devin said he wants to address are plastic foam, plastic straws, and cigarette butts.

He has submitted a bill to establish a commission to look at plastics in the water, as well as a bag bill with the goal to gradually encourage people to use reusable bags.

“We have to change human behavior,” Devin said.

Devin said he, along with three other representatives, has submitted a bill to prohibit offshore drilling in state waters, which extend 3 miles off the Maine coast. He said this bill would be in conjunction with similar efforts in other states on the East and West coasts.

“The ultimate plan is for the states to take care of something that has never been able to be done at the federal level. We are going to be coordinated,” he said.

Devin said he supports the use of micro-grids.

Micro-grids encompass a community, according to Devin. Communities with micro-grids are less likely to experience power outages and outages that do occur are repaired faster, he said.

Micro-grids could also utilize resources such as wind, solar, and natural gas.

“It enables people locally to make a decision of, where’s their energy coming from, where’s the power, what do they want to use,” Devin said.

Devin said he believes micro-grids should be paid for by the communities using them.

He said he has already had a bill pertaining to micro-grids fail, but has submitted another.

Another environmental problem Devin would like to address is sea level rise. He would like to see the Maine coastline more extensively mapped in order to better understand flood zones.

A veteran of the U.S. Navy and a former commander in the U.S. Navy Reserve, Devin said he is familiar with the struggles veterans face.

“Our veterans struggle with issues through their service, and the time that they served our country. And as someone who understands that firsthand, I know that veterans need help getting into the jobs that they have training for from their service. We don’t want these impossible barriers for them,” he said. “Veterans suffer from homelessness and addiction at a much higher rate than the general population.”

Devin also expressed the need for Mainers to have high-speed internet access.

“A modern economy requires universal broadband access. State government must do everything possible to work with service providers to ensure Mainers have high-speed access regardless of their location or the data they seek to transfer,” he said. “At the same time, we must ensure that the advantages of internet are balanced with safety measures that protect the privacy of users and the integrity of the information offered.”

Devin said he is proud of the number of bills pertaining to the marine environment that have been passed in his three terms as a representative.

The most recent piece of legislation Devin sponsored was a joint resolution of the Maine Legislature to exempt Maine from offshore drilling, which was delivered to President Donald Trump and Secretary of the Interior Ryan Zinke.

“We created language that enabled that joint resolution first to go through the House unanimously, and then the Senate unanimously. I’m incredibly proud of that,” he said.

In his spare time, Devin enjoys bicycling, writing, exercising, and listening to music.